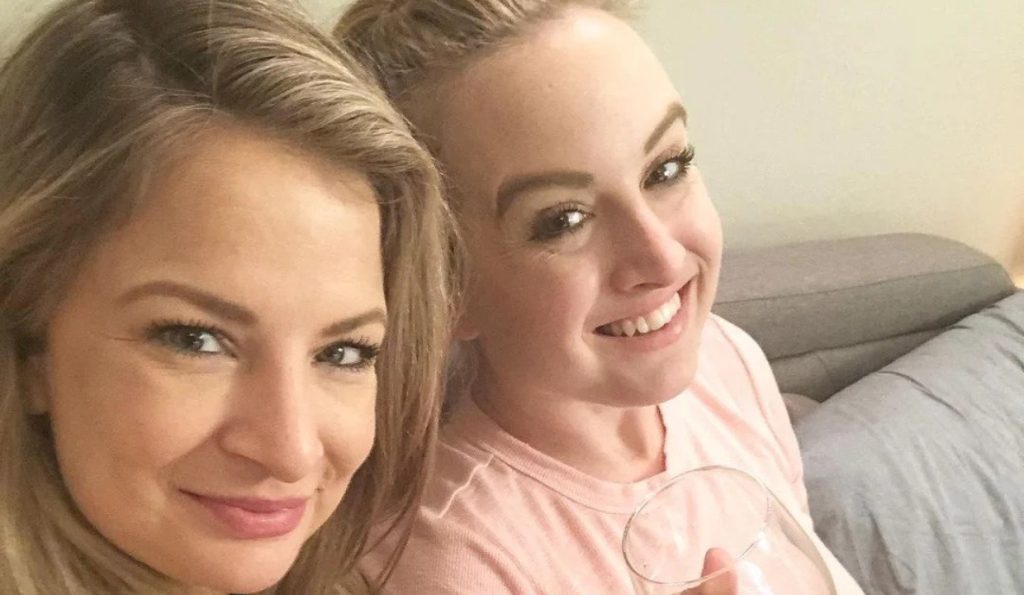 Andrei and Libby Castravet became very popular after their association with 90 Day Fiance. Viewers were all in for their chemistry and the drama Elizabeth’s family bought. However, things have turned quite bitter between them all, as per the latest Happily Ever After episodes. In fact, there have been lots of physical altercations revolving around Libby’s older sister Becky and the couple. However, it seems as if the Potthast family has started to make amends with one another after Becky’s pregnancy milestone! Keep reading to know more details about this.

After Andrei and Libby made their debut on 90 Day Fiance, it wasn’t just their relationship that was in the limelight. That’s because the latter’s family has never failed to create trouble for the couple. TLC has been capturing this through the Happily Ever After franchise. Libby and her older sister, Becky’s sibling rivalry, often gets intense and shocks the viewers. They have also raised their hands at one another, making matters violent. But it seems like both the sisters are now working towards making peace with one another. A week ago, Becky had made an announcement about expecting her second baby.

Libby Castravet took to her social media to re-share her elder sister Becky’s post on social media. She put up an Instagram story to do so. In it, she mentioned she is “so excited” for her big sister and “can’t wait” to get together with her. The 90 Day Fiance star also said that her daughter, Ellie, would be very excited to have a girl cousin now. She also mentioned that Becky’s son Mads would be an amazing “big brother” to the newborn. Becky’s due date is in May 2023. This incident has made the fans feel that the sisters are finally seeing eye to eye again. Maybe, this major milestone melted both of their hearts into letting bygones be bygones.

90 Day Fiance: Becky Lunged At Andrei Over A Fight! They Hit Eachother

As mentioned above, things have been very problematic between the Castravet family. The latest 90 Day Fiance: Happily Ever After episodes depicted this. It turns out that Libby and Andrei got together with the former’s sisters, Jenn and Becky, to talk some things over. The siblings were upset that the celebrity used social media to announce her pregnancy instead of coming to tell her own family. They accused Andrei of manipulating Elizabeth into making this decision. Things hit the roof when Andrei began yelling at Libby’s family members. He accused them of being “broke” and is just like their mother, Pamela.

When Becky couldn’t hold it any longer, she lashed out at her brother-in-law, Andrei. She began telling him to “get some f***ing respect”. While doing so, she also pushed him from being on the opposite end of the table, and Andrei defended himself first and started pushing Becky back

. Meanwhile, Libby was too stunned and just watched her family members fight with one another. While many people trolled the woman for letting her husband mistreat her sisters, they praised Becky for standing up to Andrei. Well, all of this seems to be in the past, as it looks like both the sisters have made peace with each other. Keep coming back to TV Season & Spoilers for all the latest 90 Day Fiance updates.