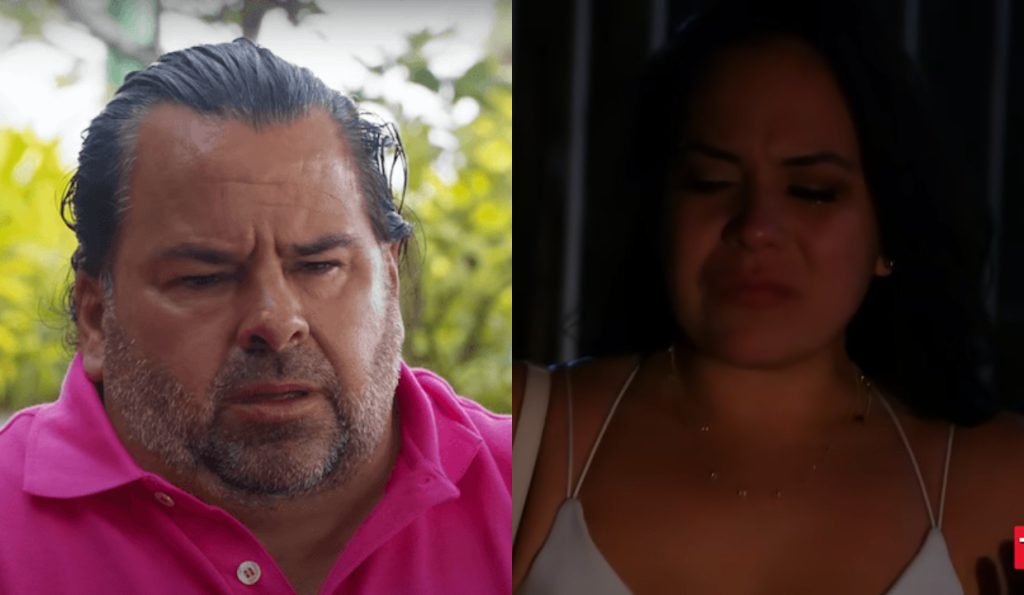 90 Day Fiance: Liz Is Homeless After Big Ed Throws Her Out Of Their Shared House!

Big Ed would never leave a chance to increase the number of breakups he had with Liz. Many 90 Day Fiance fans agree that Ed is one of the most chaotic and messed up cast members of the show. Apparently, his storylines have never been out of drama. Undoubtedly, Ed never fails to shock the audience with his bizarre ways, but it seems that this time he was way too much to handle. Apparently, the TLC star not only broke up with his girlfriend but also kicked her out of his house! We have all the information you might wish to know, so keep on reading.

The controversial 90 Day Fiance couple Liz and Big Ed are never out of the drama. Apparently, it might be their ninth or tenth breakup in a row. Well, from accusing Liz of being a lesbian to canceling his plans to marry his fiance, Ed can never live in peace. However, as fans know that Tell All has its own fanbase and comes with huge controversies in hand. Hence, in part one of the Tell All, Liz and Big Ed appeared and revealed that they are no longer together, and the TLC star has kicked his ex out of his house!

In the episode, Liz revealed that Ed had broken up again with her, and he had kicked her out of his house and given her less than a week to find a place and move. Hence, the former had to land up on her friend’s couches for almost a month. However, she finally has her own apartment now, yet she prefers to spend her nights at Ed’s. To justify himself, the 57 years old adds up that whenever he or his partner is upset, they avoid fighting, and they separate. He further claims that he isn’t jealous or insecure about anything.

However, while wearing her engagement ring, Liz denied all claims of Ed and revealed that her partner was indeed jealous. Hence, the TLC star added that she wouldn’t be living with her ex until they both picked a place together. As usual, Ed was ready to receive backlash, adding that their future house should have two separate rooms. However, the 90 Day Fiance cast member didn’t like this and claimed that this isn’t love.

The latest Tell All episode of 90 Day Fiance featured the accusations that Liz and Ed were putting on each other. Apparently, the caste was also trying to solve their issue while Jovi and Shaeeda interrupted and gave their opinion as well. However, amidst all the chaos, Liz revealed another shocking revealtion about her partner. As per her claims, she caught her fiance on an Asian Dating App (revealed ET

). But this isn’t the worst part! The TLC star further adds that Ed was active on his profile just an hour after she left his house.

Liz revealed that she got a screenshot of Instagram that her mother discovered. Hence, she paired with her mother and created a fake account to clear the air. However, another bomb was dropped on Ed when Shaun Robinson asked if he was currently in touch with her ex-fiance Rose. Like always, the celeb disguised his answers and said he didn’t remember anything. However, the smart host bought Rose on camera from the Philippines. Shockingly, she revealed that Big Ed had contacted her recently! Hence this wasn’t shocking for the audience as they know that the star can go to all extents! Keep coming back to TV Season & Spoilers for all the latest 90 Day Fiance tea.