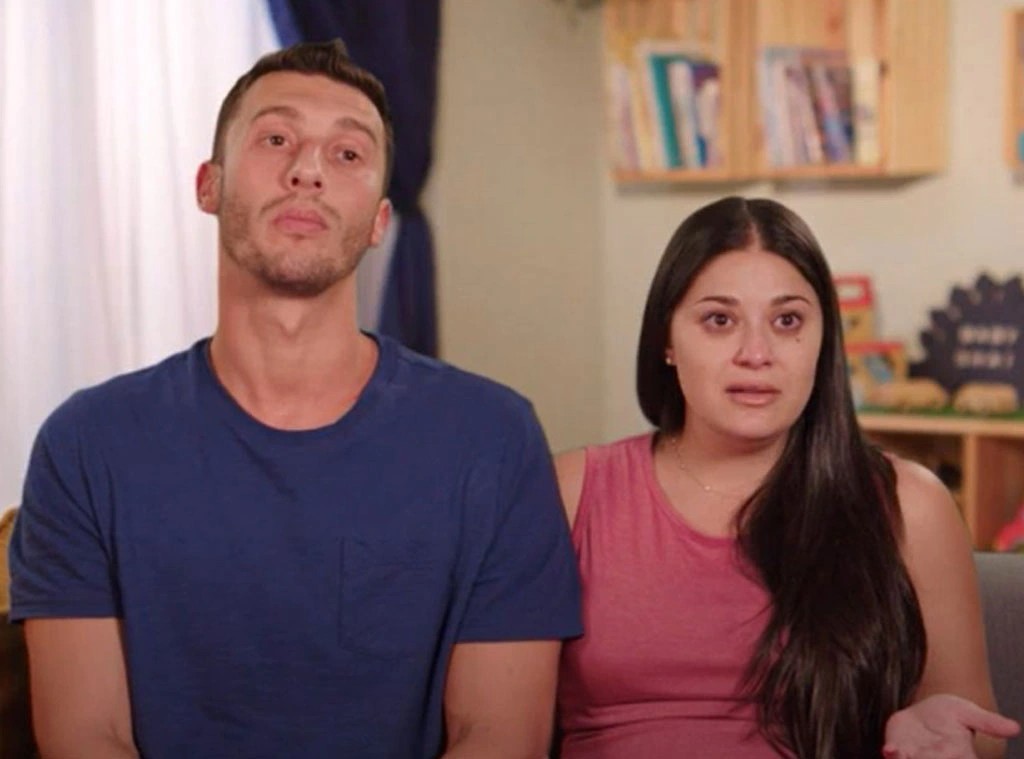 The fan-favorite 90 Day Fiance couple Loren and Alexei Brovarnik recently spoke about their “chaotic life” after having three kids over the age of three. The two of them first met in 2013 in Alexei’s home country Israel. After dating for three years, the couple married each other in 2015. And they got settled in Loren’s native place Florida. The Brovarniks first appeared on Season 3 of the TLC show. However, now they have their own spin-off, Loren & Alexei: After the 90 Days. Even though they acknowledged it’s already “chaotic” in their house, the pair has spoken about whether they’d be open to having a fourth kid together.

90 Day Fiance: Are Loren & Alexei Planning For A Fourth Child?

Back in September this year, Loren and Alexei welcomed their third child, a daughter named Ariel Raya. Even though the 90 Day Finace couple already has three children over three years, Alex recently told UsWeekly that he’s “open” to the notion of having a fourth kid. But right now, the answer is “no”. When Loren stated in June that they were “done” having children. She said that it is already chaotic with three kids in her house. Some folks, for example, like I recall when I was pregnant, it was a 50/50 draw, she said. She talked about the contradictory advice she received about having three kids rather than simply two. Some said it was simple, as moving from one to two is difficult, while going from two to three is easy. Others have stated that you have plenty. Moreover, there were also some fans that felt it was the toughest thing, but it was worthwhile.

The latter, according to Alexei, is “a more realistic” perspective, particularly given that both of them are a little sleep-deprived. Just nine months after welcoming son Asher into the world in August 2021, Loren announced she was pregnant with a third child in early May. However, in 2020, the 90 Day Fiance star delivered her first baby after being with Alexei for five years. The couple had back-to-back children. Besides, Loren said in January that she wanted to concentrate on herself following the third child and get a complete makeover. It will be good to be pregnant-free for a bit, according to Loren. Actually, Loren stated that she would prefer for Alexei to get a vasectomy. This is because he could get it undone if the couple wishes to conceive once again. But I won’t put any restrictions on myself! Alexei laughed as he said, “Nobody is going to be able to limit me”.

90 Day Fiance: The Fan-Favorite Couple Is Planning To Move To Israel

The 90 Day Fiance couple is considering relocating across the globe, but it appears that someone is not thrilled with their choice. In the upcoming season, Loren and Alexei will discuss their decision to relocate to Israel with his parents. The idea of the couple leaving Florida, like in prior seasons, is abhorrent to her family. According to Loren, it’s crucial for their kids to learn about and experience their father’s culture. It’s a total transition, it’s not that simple. She said that it’s not just moving to another country that is familiar with American culture. Instead, it’s like relocating to a totally new world with a distinct culture.

In the recent teaser fans saw how the 90 Day Fiance couple disclose their plan to relocate to Israel. In the video, Alexei tells Loren’s parent that they are planning to extend their vacation trip a little longer. When Loren’s mother, Marlene asked the reason for it, Alexei told her that they are planning to grow their kid in Israel. However, Loren’s parent don’t seem happy as they will not be part of the family anymore. They told the couple that they will not be able to babysit the kids any longer. Hence are eagerly waiting for the upcoming season to see what Loren and Alexei will decide? For all the latest 90 Day Finace updates, keep coming back to TV Season & Spoilers.