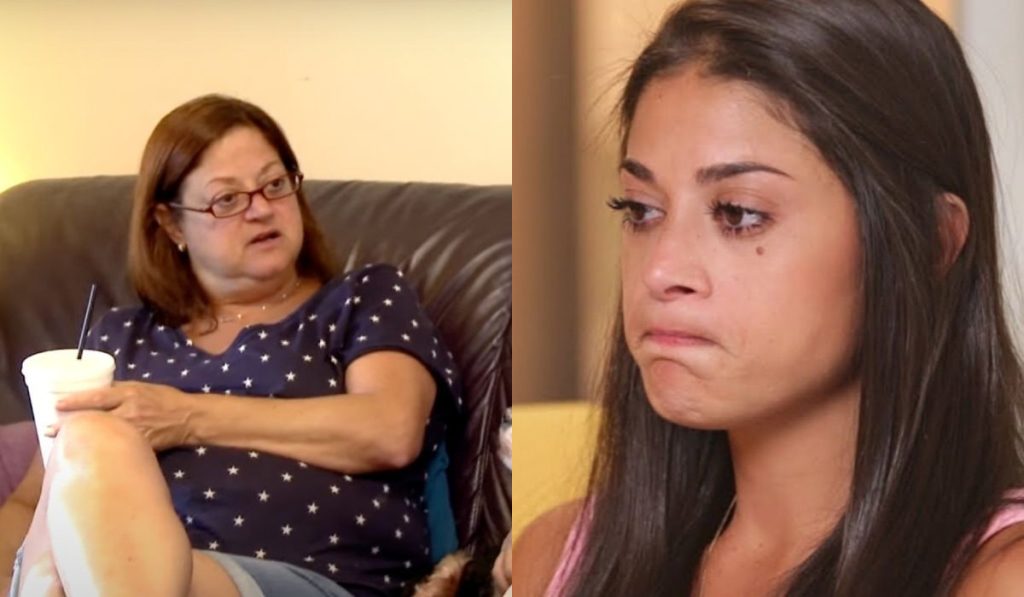 90 Day Fiance: Loren Threated To Be Slapped On Camera By Her Mom In Explosive Fight!

Loren And Alexei from 90 Day Fiance are planning to move to Israel, where they first met. The celebrity couple became fan favorites with their storyline. Now, they have their own spinoff, After The 90 Days. The two have thought a lot about moving to a foreign country, as Israel is the native land of Alexei. So, they want their kids to know about their culture and traditions. However, Loren’s mom Marlene seemed disappointed by her daughter’s decision. TLC shared a clip from Loren & Alexei: After The 90 Days’ upcoming episode. The mother-daughter duo had an intense argument. Tune in to know what happened next.

Loren and her mother, Marlene, are facing trouble in their relationship. They both have been arguing about the former and her husband, Alexei. It is because of the couple’s decision to relocate to Israel. The two met during their 90 Day Fiance debut in the same country. So, it holds a special place for them. The celebrity mom is ardently opposed to the idea. In ET’s promo, the mother-daughter duo accused each other of being “disrespectful.” At the same time, Loren’s father, Bryan, does not utter a word and instead remained silent when his wife and daughter quarreled.

Loren was overwhelmed as she yelled at her mother and cried as well. The 90 Day Fiance star accused her mother of being rude to Alexei and his family. Loren was also angry because her mother underestimated her as a person. In fact, Marlene told everyone that her daughter wasn’t capable of moving to Israel with her young children. Loren mentioned this while sobbing. Marlene had heard enough from her daughter. Thus, she finally told her daughter to “shut the f**k up.”

Marlene yelled that if she wasn’t in a room full of people, then she’d have probably slapped Loren “across the face” for being disrespectful to her mother. The 90 Day Fiance was stunned by this statement. Marlene was annoyed. Thus, she even mentioned in the argument that her daughter always complained about her husband not being responsible. Instead of understanding what her mother meant, Loren sarcastically stated her mom was “perfect.” Marlene walked away from her daughter after slamming the door.

Loren and Alexei first met in Israel, and then TLC documented their journey on the show the 90 Day Fiance. Now the couple wants to relocate back to Alexei’s native land with their three kids. But Marlene does not seem to agree with her daughter’s decision. Thus, Loren thought of discussing it with her girlfriends, as some of them have been to Israel themselves. But while talking to her friends, her mother was eavesdropping and ended up voicing her opinions infront of her daughter’s friends.

The 90 Day Fiance star feels like her mother was trying to control her life. Loren even mentioned in front of her friends that if her mother does not agree to anything, that does not means it is wrong. The mother of three feels that her mother is not being supportive. On the contrary, Marlene felt like her daughter was being rude by not listening to her. Loren is not happy with her mother’s behavior as it feels very dominating and controlling. Do you think the mother-daughter duo will reconcile in the later episodes? Do share your views in the comments below. Stay tuned to TV Season & Spoilers for more exciting news updates.