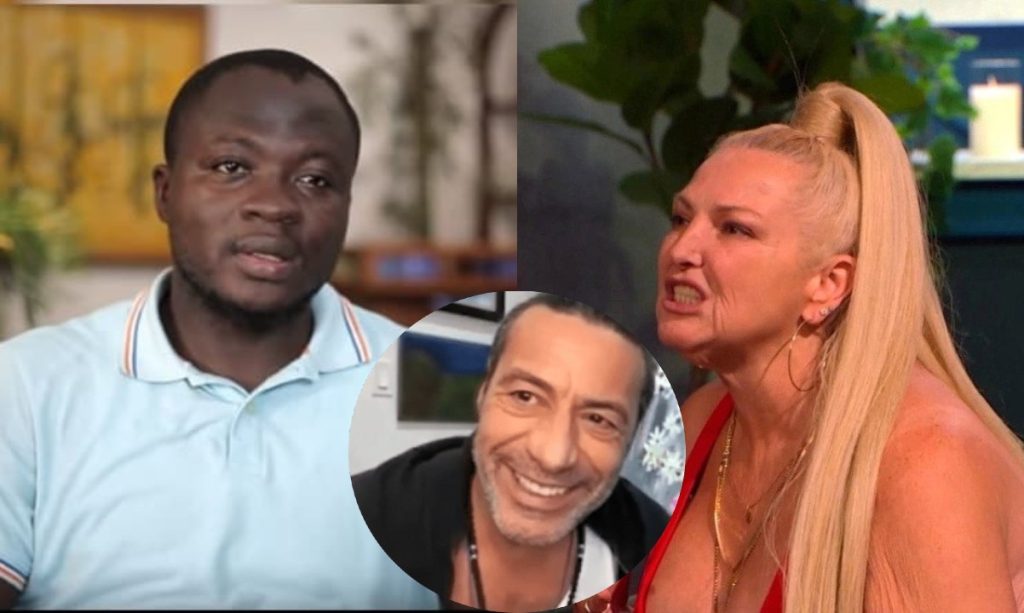 Michael Ilesanmi and Angela Deem have been problematic right off the bat. They began their journey on 90 Day Fiance: The Other Way. Despite all the arguments and toxicity, they continued their relationship and even got married. However, they continue to bicker even after tying the knot. Lately, something alarming has happened in the latest episodes. While Angela was packing up to meet her “special friend” from Canada, Billy, her husband, Michael, lost it. He went as far as saying he was “done” with their relationship and wanted to leave. So, Ilesanmi wanted Deem to marry her Canadian curhs. He was upset with his wife prioritizing the new man over their marriage. Keep reading to know more details about this.

Michael and Angela have been going through a few ups and many lows eversince tying the knot. The latter finally traveled all the way to Nigeria to work on their marriage. However, like always, they got into multiple fights. In the latest episodes, Michael lashed out at his wife. That’s because Deem wanted to pack up for Canada to meet her “special friend”, Billy

, whom she met on TikTok. The Nigerian man angrily told his partner to “f**king marry” her Canadian crush. He then asked Angela how she would “save his life”. She was going to Billy’s country to help him with his “kidney dialysis”. Michael mentioned that she couldn’t give him an extra kidney and that her “presence” won’t save the Canadian TikTok sensation.

That’s when Angela got angry at Michael too. She thought her husband would “understand” as she has a “good heart”. So, Ilesanmi argued that he never questioned her character. He stated that the woman said she would “still go” to Canada even if it cost them their “marriage”. Michael felt like “nothing” when Angela chose going to meet Billy over him. Hence, the 90 Day Fiance star began packing his bags. He did so after telling his wife that they were “done”. Michael really didn’t want her traveling to Canada. Hence, Angela felt “pissed” as she has always been the stubborn one in their relationship.

The celeb often threatened to break things off with her husband. However, he was acting this way for the first time. Angela stated that it was something “he couldn’t take”. She didn’t want him leaving either. At last, they had a “deep conversation” and made up. Angela decided not to go to Canada after all.

Angela’s growing and close bond with Billy really upset Michael. The man is a famous TikToker from Canada, who is famous for his dance moves. Hence, Billy intimidates Michael. Both of them talked to one another over facetime. The 90 Day Fiance star directly asked the social media star if he knew Angela had a “crush” on him. He immediately said no and mentioned being “unaware”. At last, Michael also asked the man if they had any “romantic” feelings for Angela. The Canadian native again denied this while saying they were friends. Viewers found this odd as they had seen the man refer to Angela as his “Angel” and often flirt with her.

It is very clear that Michael isn’t fond of Angela’s friend “Billy”. In fact, he also got vulnerable during one of his confessionals. That’s when the star stated that he was “afraid” that Angela might just leave him for the social media star. Fans find this quite ironic as Angela has often had problems with Michael getting close to his female friends. In fact, she didn’t even let him have his social media handle because she didn’t want him flirting with other women online. Hence, the fans are very astonished at the double standards. Do you think Billy will cause further problems in Angela and Michael’s relationship? Tell us in the comments below. Until then, TV Season & Spoilers has all the latest 90 Day Fiance updates for you.