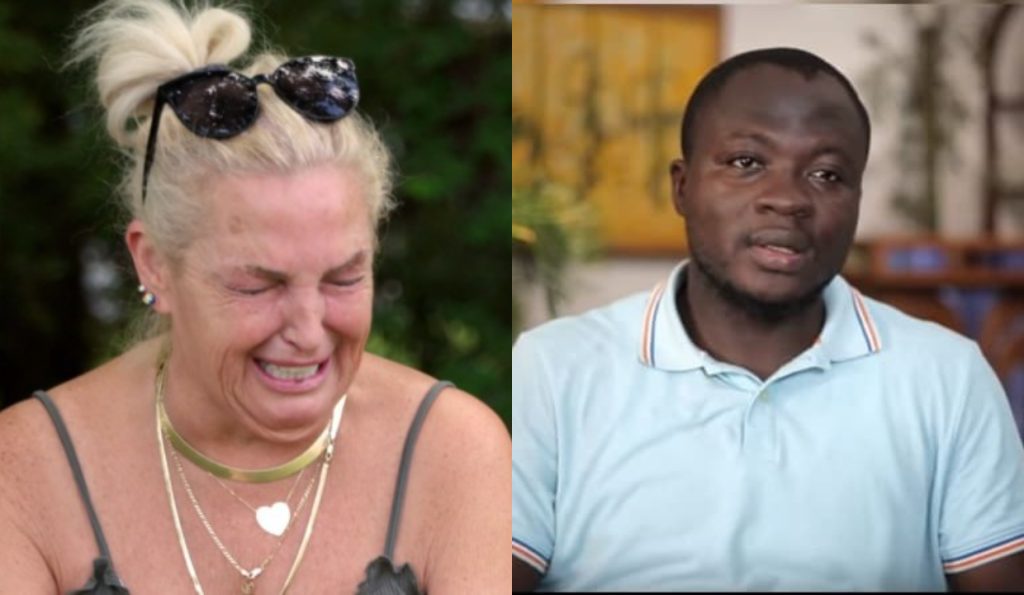 90 Day Fiance: Michael Was In Bed With Angela While Talking To A Girl & Confessing His Love For Her

The 90 Day Fiance couple Angela and Michael had one of the most chaotic storylines on the show. Apparently, the two of them are the source of never-ending drama. The duo fell in love and decided to walk down the aisle. But it seems that their ups and downs are never-ending. From Deem’s arrogant and violent behavior to Michael’s submissive personality, fans still wonder why they are together. However, it seems that they might be on the verge of breaking up as Angela finally learns that her husband was confessing love to another woman. The most shocking part here is that he was in Angela’s bed at the time. Shocking, isn’t it? We have all the information you might wish to know, so keep on reading.

90 Day Fiance: Michael Cheat On Angela While He Was In Her Bed

The Tell All episodes of 90 Day Fiance: Happily Ever After always end up with controversies. Apparently, in the first part, Angela had a fight with Usman and Yara. Hence, she left the stage without completing the shoot for the rest of the episode. However, it seems that the celeb calmed her temper and came for the second part. Evidently, these Tell All episodes aren’t bringing any good into Deem’s life. Fans know that recently the Georgia native learned that her husband was cheating on her when she received the controversial voice note of Michael.

and revealed that when Michael did that, he was in her bed. The star further added that her husband sent the voice note when she went downstairs. Not only this, but as per Angela, she found out that Michael was doing this the whole time! Further in the clip, Ilesanmi was trying to calm his wife down from Nigeria on a video call. Amid his attempts to calm Deem, he added, “it’s OK,” which further instigated her. Angela quickly slammed her husband and said that it wasn’t ‘OK’ because Michael had been lying all over the years.

Angela claimed that she had been protecting Michael for four years but never knew that he would cheat on her. Not only this, the 90 Day Fiance star further added that despite the fact that he used to do “stupid sh*t,” she never thought that Michael would cheat on her. In addition to that, she also added that infidelity is not only when you have sex with another woman. It’s not limited to physical intimacy, and confessing your love for another woman is also cheating because it’s an emotional affair!

The latest 90 Day Fiance Tell All episode was indeed a game changer when it comes to the relationship between Michael and Angela. Apparently, Deem got to know that her husband was secretly back on social media and was even cheating on her. Hence, fans expected that, like always, Ilesanmi would make excuses like it’s a fake account and someone else might be running it, and others. Well, it seems that the meek, submissive TLC star has now found the courage to accept all the accusations that were put against him.

The host asked Michael if it was his voice in the voice message. Well, the viewers and the cast were expecting that he’ll get away with this by saying that the voice memo was fake. But Ilesanmi stood up and accepted that he had recorded that message. Not only this, but he further revealed that he sent this to a random lady. However, the celeb wasn’t backing off from his marriage and claimed that he still loves his wife, and no one can ever come between them. Keep coming back to TV Season & Spoilers for all the latest 90 Day Fiance tea.