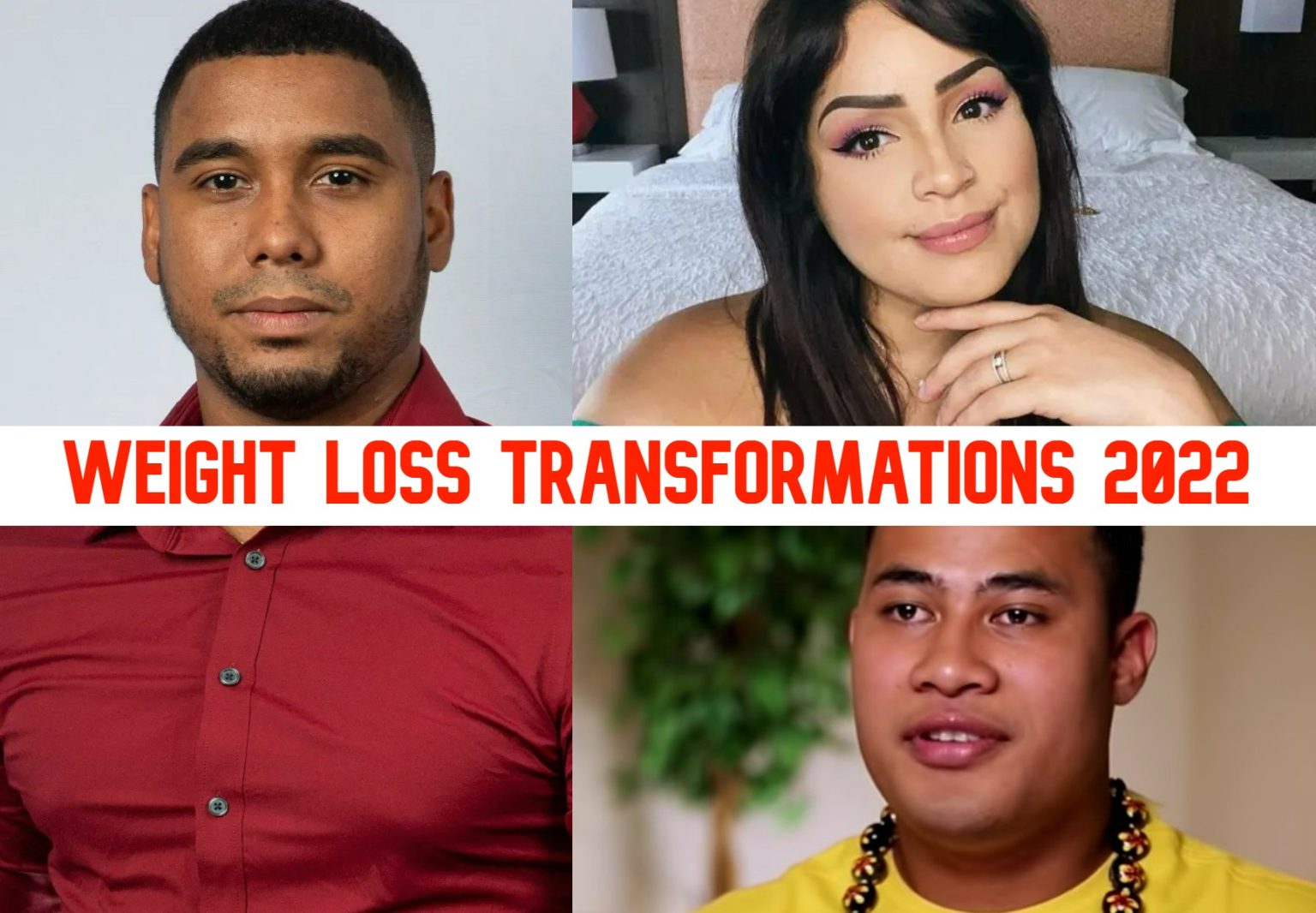 A few cast members of 90 Day Fiance have had their largest glow-ups and have dropped a lot of weight in the previous year. The true personality behind the cast members is typically not shown on the popular series or its spin-offs. But when someone decides to lose weight and posts about it, they truly reveal who they are. Numerous fans have been motivated by certain 90 Day celebs’ social media posts showcasing their improvements. Let’s watch their weight loss journey.

David Toborowsky, a native of Arizona, most likely experienced one of the largest glow-ups in 2022. He formerly struggled with depression, hair loss, weight gain, and stroke symptoms. However, David, who had botox, has entirely transformed his life by adopting a healthy diet, a happy outlook, and a consistent exercise routine. He now seems ten years younger than he did on his debut on 90 Day Fiance. By October 2022, the TLC celebrity, David Toborowsky, had shed more than 70 pounds.

The popular TLC star Asuelu Pulaa has had ups and downs in his marriage to his wife Kalani Faagata throughout the years. Amid rumors of their split, the Samoan star has been flaunting his fitness advancement and startling weight reduction transformation. He said that the push-up challenge he undertook in May 2020 was the cause of his weight loss. Asuelu completed the 25-day fitness challenge with the goal of “perhaps raising awareness for PTSD (Post Traumatic Stress Disorder)”. In addition to motivating his fitness journey, Asulu makes it lighthearted with his love of dancing.

After losing weight, the 90 Day Fiance star, Tiffany Franco, felt much more confident. When she split from her former partner, Ronald Smith, and started working on herself. She began her weight reduction quest. She decided to have a gastric sleeve operation and started working on her exercise and diet regimen. Tiffany lost more than 80 pounds within a year of deciding to get the weight loss treatment. She had a stunning appearance before losing weight, but she now appears happier.

Molly Hopkins shed 40 pounds due to working out and eating healthily. She claimed that after drinking Teami tea, she developed “more conscious dietary habits”. In an Instagram post from 2021, Molly told her followers that she would be available if they wanted to discuss diagnosing their stomach problems. However, Molly looked surprisingly stunning after her weight loss transformation. How do you like her new look? Tell us in the comments below.

Although Anfisa, who starred in the 90 Day Fiance franchise, always took pleasure in her beauty, her face, and body. She has had significant changes since she first appeared in the series. The Russian beauty underwent cosmetic procedures like rhinoplasty, noticeable lip and face fillers, and implants. While Jorge drastically reduced his weight while jailed, Anfisa decided to work out to have a trim and fit body. In fact, Anfisa now has her own fitness company. She is a licensed personal trainer who helps individuals get in shape. Even though Anfisa is only 26 years old, her Instagram shows how much she has evolved.

Fans have been following Big Ed’s numerous relationship issues for a while. The celebrity has also spoken about getting in shape while posting pictures of himself working at the gym on Instagram. Big Ed reported losing nearly two and a half inches off his waist

and dropping by roughly 23 pounds. Moreover, he says, ” I regained a few pounds as a result of my intense weight lifting”.

Paola Mayfield, a former 90 Day Fiance star, has gained greater notoriety and gotten started in professional wrestling thanks to her weight reduction. She started her new way of life by getting her training certification and shedding several pounds. Moreover, Mayfield’s dedication to exercise gave her a flat belly and a toned appearance. She was able to pursue new career opportunities because of her physical transformation. In fact, her husband Russ has helped Paola through it, and she is now the main provider for her family. The Colombian native has begun wrestling in addition to going through a physical makeover.

While the star of 90 Day Fiance, Jorge Nava, was well-known for his troubled relationship with Anfisa, he is also famous for his success in losing weight. Nava underwent a remarkable weight reduction change while serving his sentence in prison. The 90 Day Fiance alum dropped 128 pounds, which is impressive. He had previously weighed 318 pounds. Jorge revealed to that while imprisoned, exercise turned into “almost like an addiction”. So, his weight loss wasn’t “planned,” but rather “happened organically.”

Winter Everett, Chantel Everett’s younger sister, stunned 90 Day Fiance fans with her weight loss recently. The native of Atlanta had a tumultuous relationship with her longtime lover, Jah, and was over 300 pounds when she initially appeared on the show. Fortunately, Winter, a current cast member of The Family Chantel, recognized her potential. So, she ended her relationship and began her fitness quest. Considering her bariatric procedure in 2020, Winter has shed 100 pounds

. Many fans would like to see Chantel step aside so Winter can take the lead with her new, upbeat demeanor.

Since the TLC spinoff series’ June 2019 premiere, Pedro Jimeno, the star of The Family Chantel, has shared his motivational fitness and weight loss journey with viewers. Chantel’s ex has lost weight recently, and it’s been interesting to follow his fitness journey. The reality star grew leaner and more self-assured when he started working out, including Muay Thai boxing. Jimeno’s renewed confidence along the way has been one of the fascinating aspects of his fitness quest. Well, Chantel and Pedro announced their split in 2022.

Hence, here were all the dramatic weight loss transformations that 90 Day Fiance fans have seen this year. Which one do you think has been the best? Did we miss someone on the list? Tell us in the comments below. Also, stay tuned to TV Season & Spoilers for all latest updates.