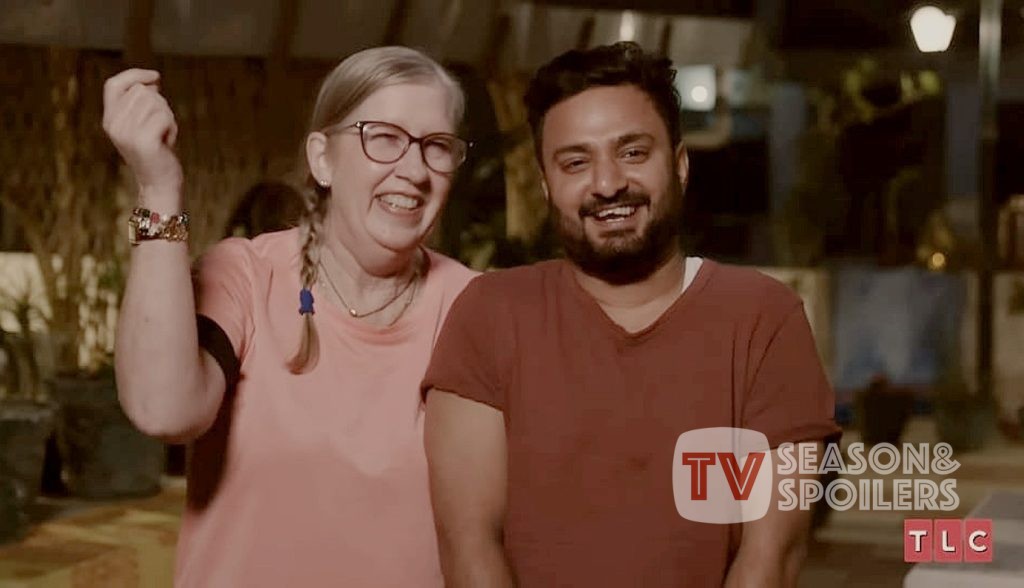 The popular 90 Day Fiance couple, Sumit and Jenny, is currently been featuring in the new season of the spin-off – Happily Ever After. They have always been in the news, earlier because of their age gap and recently because of their Kama Sutra classes. Sumit wanted his wife to attend Kama Sutra yoga classes, but she resisted as she didn’t want to open up about her intimate life in public. But for the love of her life, she decided to go. However, if the couple knew what would happen after that, they would have never gone for it. To know what happened, keep on reading.

Lately, the popular couple has been facing issues because Sumit wanted her wife to learn some new tips and tricks by attending a yoga class on Kama Sutra. He basically wanted to keep their bedroom life spiced up. But Jenny was hesitant about the same. She also had the fear that her husband might lose interest in her if she didn’t keep up in bed with him. Hence, keeping all the arenas in mind, she decided to go for the classes. But in the recent episode, the 63-year-old revealed that she injured her husband while revising what was taught in their class!

Jenny revealed that so far, her honeymoon was going interesting. They did everything they couldn’t have thought of trying, but these experiments didn’t turn out well. The 90 Day Fiance couple revealed that while they were trying the kama sutra yoga pose, Jenny got excited doing the cowgirl and ended up sitting on Sumit and breaking his stomach. Apparently, Sumit displaced his naval in the process. The couple had to call a doctor urgently. Meanwhile, Sumit was mostly in the toilet as his displaced naval was badly leaking, as per People

. Apparently, it was the couple’s worst experience.

Initially, the 90 Day Fiance couple has been strictly prohibited by the doctor from ever trying Cowgirl poses for a long time. Sumit exclaims that maybe the cowboy pose would work for the couple, but cowgirl is a big NO for him! The 33-year-old, with pain in his eyes, exclaimed that people should definitely weigh before trying any kind of yoga postures. Immediately, Jenny slammed back and asked if her husband was calling her fat! Sumit being the game changer, turned the conversation. He said that he wasn’t calling his wife fat but was rather calling himself skinny! Jenny was convinced and jokingly said that it was a good save!

During the conversation, Sumit is candid about her relationship with his family. Apparently, after getting married to his lover, his relationship with his parents has almost died! He also exclaims that as time is flying, he doesn’t want his parents to think that he chose Jenny over them. Sumit didn’t do that! He wants both of them in his life. But Jenny doesn’t seem to be convinced! She says that Sumit shouldn’t worry about his parents, He needs to be with her, and that’s the end of the story! Keep coming back to TV Season & Spoilers