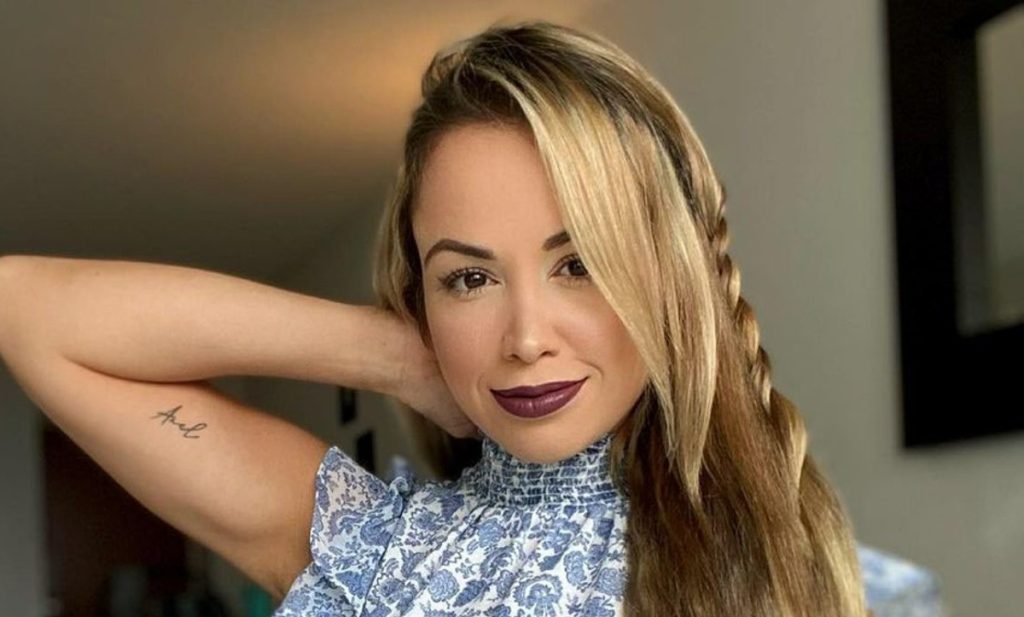 The popular celebrity Paola Mayfield is one of the first stars of TLC’s 90 Day Fiance. She made her debut in the very first season. She paired with Russ Mayfield, and despite having several ups and downs, the couple made it to the aisle and tied their nuptial knot. Paola has been one of the most prominent faces yet a controversial one. Recently, she shared her new look, which evidently wasn’t a people pleaser, and fans had a mixed reaction. To know more about her new look, keep on reading.

90 Day Fiance star Paola has either been in the news for her marital issues or for her tremendous makeovers. Her marriage was close to a split recently, yet the star successfully sustained her marriage and is still with Russ. She is also known as a chameleon when it comes to makeovers, so you can expect anything and everything from the star. Paola recently decided to go blonde and debuted her Marilyn Monroe-inspired look. While some fans loved the look, others were very dicey about her appearance.

Fans took to Reddit to express their point of view. A fan commented that it was difficult to recognize Paola after this makeover. Another one commented that she is naturally beautiful and doesn’t need efforts like this. Other reactions were a little negative as people said that the new makeover wasn’t working for Paola and she should try something else. Despite getting harsh comments, the 90 Day Fiance star again posted a TikTok with her son. The video featured the mother-son duo dancing. Paola and Russ’ son Axel tried his level best to copy her mother’s steps yet failed as he got distracted eating his popsicle. However, amid all the criticism, many of Paola’s followers loved her wholesome video and appreciated it.

Many 90 Day Fiance viewers have been watching Paola since the first season, and they have seen her evolving or rather concealing her originality. Fans loved the way she looked at the start of the first season. Fans took to Reddit again and one of them wrote that they missed her old long black hair. Another one added that Paola is now suited for higher-end and class act-type modeling. However, it wasnt only the fans who didn’t like her going blonde. The first-time star decided to go blonde, her husband Russ didn’t like it either.

There have been instances that Russ hasn’t been supportive of his wife’s makeovers. He alongside many of her fans believes that Paola is beautiful in her own way and her beauty comes from within. So, such attempts conceal her inner beauty. She also has been in a modeling career since she came to the States. Even after getting criticized by the viewers, the star doesn’t pay much heed to such comments and prefers to do what she likes. Keep coming back to TV Season & Spoilers