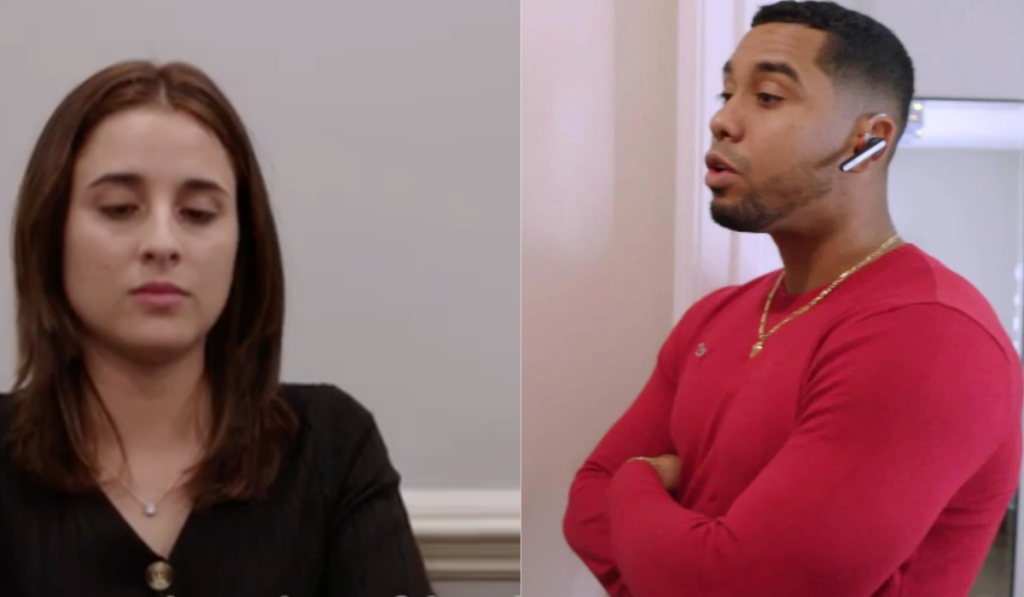 Pedro and Chantel had to undergo a lot of issues in the latest The Family Chantel season. Initially, the 90 Day Fiance stars were in a loving relationship, but things began to change. It happened when the couple moved into a new home, and Pedro began his new job in the real estate business. Many fans assumed that he had been cheating on his wife with his colleagues. One of them was Antonella from his office. However, the show never confirmed this. In a drastic turn of events, Pedro’s colleague just stated that he is like her brother! Keep reading to know more details about this.

In the latest season of The Family Chantel, many viewers had a very bad feeling about Pedro. He and his wife, Chantel, began having problems when the man started working in his new Real Estate firm

. Many believed that he had been cheating on his partner with his co-workers. The 90 Day Fiance spin-off also showcased his growing bond with Antonella, a woman from his office. However, neither of them ever confirmed these rumors. Things intensified when Chantel mentioned “infidelity” in her divorce paperwork with Pedro. But, the latter has never opened up about his dating life with his fans since the divorce proceedings.

As per ScreenRant, Pedro’s office buddy Antonella took to her social media to mention something. She shared one of his posts, saying she is “proud” of her “big bro”. Many 90 Day Fiance viewers believe that it was her way of refuting all the dating rumors surrounding her and The Family Chantel star. Antonella was congratulating Pedro for purchasing a car by himself and for his hard work. However, the audience was more interested in finding out how she defined their relationship. Well, it looks like they never dated one another. As Antonella said, he is like a brother to her.

Pedro Jimeno has changed since his divorce from Chantel Everett. Many had started to slam the former for mistreating his ex-wife in the new season of The Family Chantel. Since then, he started to maintain a low-key profile on his social media and would post less frequently. However, he is back on Instagram and showing off his newly transformed self. At first, the Dominican Republic man showed off his new wardrobe change and look. But he recently made a huge revelation. That’s because Pedro Jimeno made a hefty purchase for himself!

In his new post, Pedro was posing with his brand-new audio car. He also mentioned that his “hard work” paid off. This implied that the star got a car himself with his own hard-earned funds. His supporters and well-wishers congratulated him through the comments section. Many were happy to see the star doing so well for himself, completely throwing himself into his work and celebrating his wins. Others also advised him to “stay humble” and not lose himself in riches as time passed. Keep coming back to TV Season & Spoilers