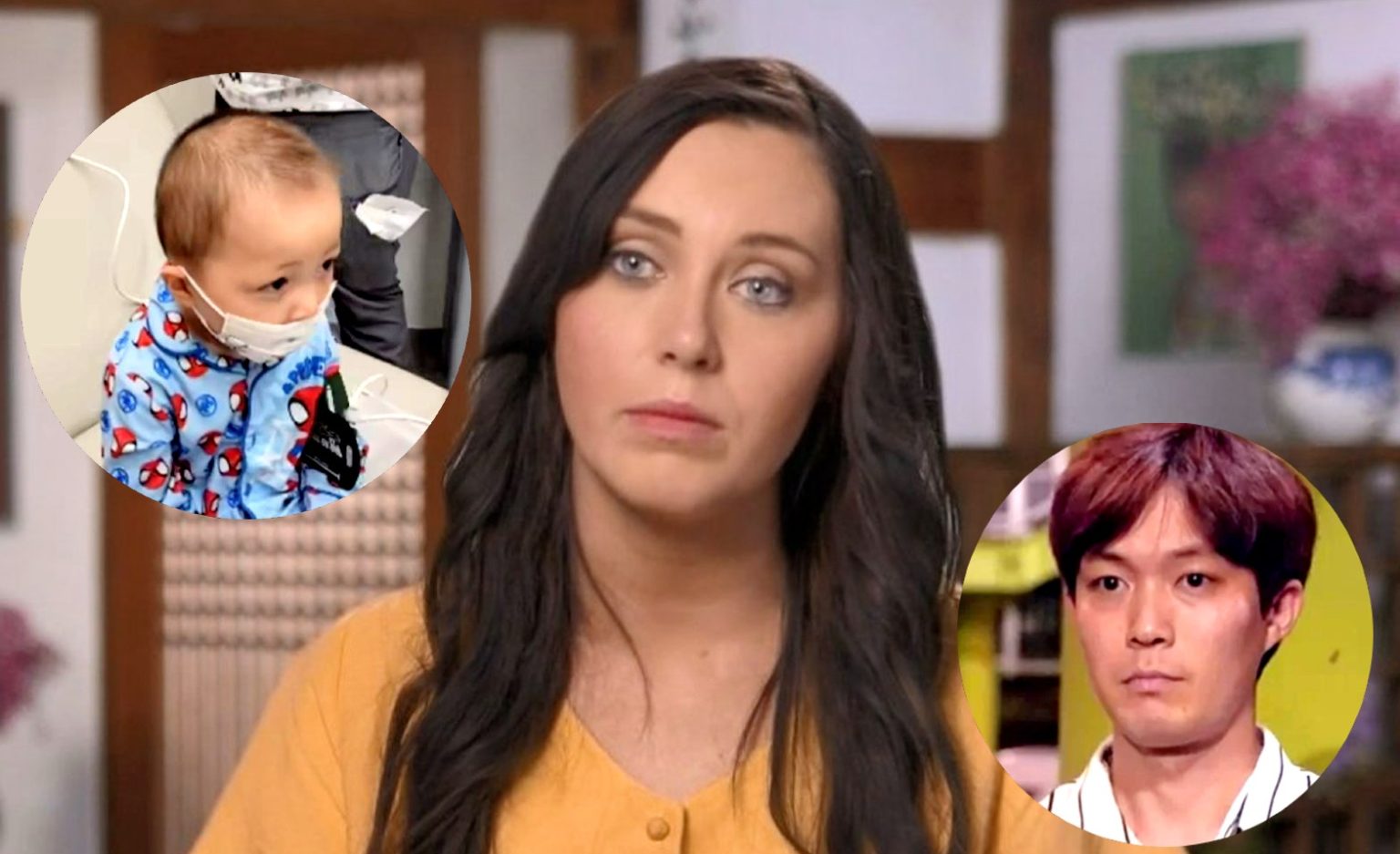 Deavan Clegg began her journey on 90 Day Fiance from the very first season of The Other Way franchise. Hence, fans know her well by now. Her relationship with Jihoon Lee was off to a problematic start. They had lots of clashes about finances and family. At last, they called it quits in 2020. Deavan is now dating Topher Park and has three kids. Her son with Jihoon, i.e. Taeyang, has been battling blood cancer since earlier this year. The family has been going through a tough time since his diagnosis. Lately, Deavan made another post on her social media, talking about how her little one couldn’t participate during Halloween. Keep reading to know more.

Deavan Clegg has been making headlines since her relationship became part of 90 Day Fiance. She gave the most shocking revelation when she announced her relationship with her husband, Jihoon, was fake and only for TV as they wanted to pay their bills. But they did have a baby boy together, Taeyang. The little one has been going through some tragic things. This year, Deavan revealed with a heavy heart that her son, Taeyan has blood cancer, i.e., b-cell acute lymphoblastic leukemia. It is indeed every parent’s worst nightmare. Yet, the family has been staying strong and supporting Taeyang to come out strong from this experience.

As the world celebrated Halloween recently, Deavan took to her social media to reveal something upsetting. She stated that spooky time is her son Taeyang’s favorite holiday. That’s because he loves dressing up. However, he was not able to participate this year as Taeyang has been “too sick” while battling cancer. The circumstance made Deavan sad too. Yet, she looked forward to distributing candies to other kids who shall be trick or treating in their house. Many 90 Day Fiance fans took to the comments section to pray for the family and urged them to be hopeful as the bad times always pass.

Taeyang’s cancer diagnosis has taken a toll on the entire family. Even the show’s fanbase came together to support Deavan and Topher Park during their sorrowful times. As the treatment would require a hefty sum, the 90 Day Fiance

star also began a GoFundMe page for her baby boy. Hence, the audience has been helping the family however they can. Unfortunately, all of them found out about Taeyang’s cancer diagnosis only a few weeks after his third birthday. Hence, things have been quite drastic since then.

The 90 Day Fiance fanbase often checks Deavan’s social media to get all the updates about Taeyang and his intense cancer treatment and chemotherapy. Once, his mother asked her followers to send in their questions regarding her little angel. That’s when someone wanted to know about her son’s studies. So, Deavan revealed that she is homeschooling Taeyang. That’s because attending school while fighting cancer is tough. If the procedure goes well, her baby boy will be able to attend school in two years. Until then, Deavan wishes to stick to homeschooling. For all exciting 90 Day Fiance news, stay tuned to TV Season & Spoilers