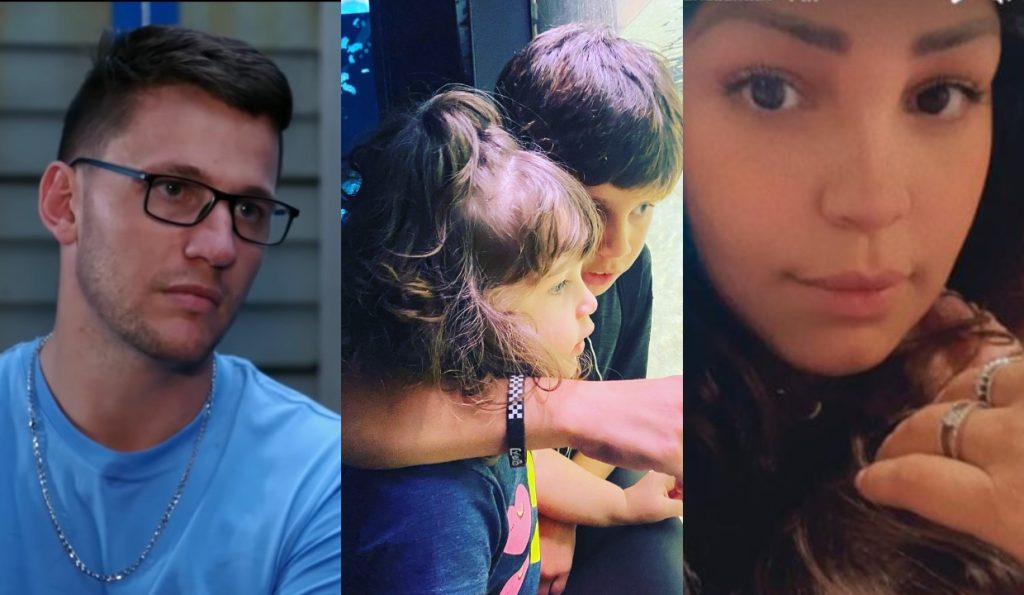 90 Day Fiance: Ronald Smith Reveals He Sent ‘Child Support’ Money To Tiffany, After Being Slammed As A Bad Father!

Ronald Smith and Tiffany Franco became known faces since their debut in 90 Day Fiance franchise. Earlier, they starred in The Other Way and went on to be on Happily Ever After. However, their relationship came crumbling down after these seasons, and they announced their separation during the Tell All. As they have a daughter together, Tiffany and Ronald have to be in touch with each other to co-parent their daughter, Carley Rose. Yet, the mother often claimed that her ex doesn’t help out as much as he should. Lately, the South African man stated that he has “proof” of sending child support to his former wife multiple times. Keep reading to know all the details about this.

90 Day Fiance: Ronald Claps Back! Says He Has Sent Child Support To His Ex Many Times

Tiffany Smith and Ronald Smith began their journey on 90 Day Fiance a few years ago. They had a lot of turbulence in their relationship. Most of this was because of the latter’s gambling and alleged drug abuse. At last, they separated from one another and still hadn’t gotten a divorce. Tiffany went on to star in The Single Life Season 3. Ronald also made an appearance there, and his ex accused him of talking to his ex-girlfriend when she was visiting him in South Africa. Hence, their trip ended in a disaster, and Tiffany also accused her baby daddy of stealing money from her “debit card”. Fans instantly began rooting for Tiffany and believed her while shaming Ronald for his insincere actions.

Lately, a viewer had begun to troll Ronald Smith through his comments section. They wanted to know if he pays “child support” for his daughter. Also, if he financially supported the little one during her “visits”. That’s when the star couldn’t control himself and clapped back at the hater. Ronald replied to them via the comments section to say that they should keep quiet if they don’t have the “full details”. He then went on to say that his bank account shows that he has sent child support to Tiffany “numerous times”. The 90 Day Fiance star also added that no one could “label” or “judge” him. However, he didn’t provide any proof to back up his claim, so that viewers couldn’t believe him despite this.

Ronald Smith has been under deep waters since his Tell All appearance. As mentioned above, Tiffany Franco had accused him of talking to his girlfriend behind her back and stealing from her. However, the man went on to day she was lying but couldn’t defend himself well and ended up breaking his camera. He had become part of the special episode from South Africa from a video call. Since he and Tiffany finally pulled the plug on their relationship, the man has been focussing on shedding some weight. As a result, Ronald shared pictures of his progress through mirror selfies from a gym. The viewers are able to see his toned arms and figure out the man has been making changes slowly and gradually.

Apart from sharing pictures from the gym, Ronald Smith also added an insightful quote to the caption. The man stated that he was “in progress” and one must be “strong” and “courageous” and know they can do anything if they put their “mind” to it. The TV celeb then added that a man is “nothing else” but what he “makes of himself”. While his supporters complimented him and commended him for his efforts, there were others who were just not happy with him after his Tell-All appearance. Hence, they continued to bash the star. How do you feel about Ronald? Will he be able to redeem himself in the future? Tell us in the comments below. Until then, keep reading more 90 Day Fiance updates on TV Season & Spoilers.