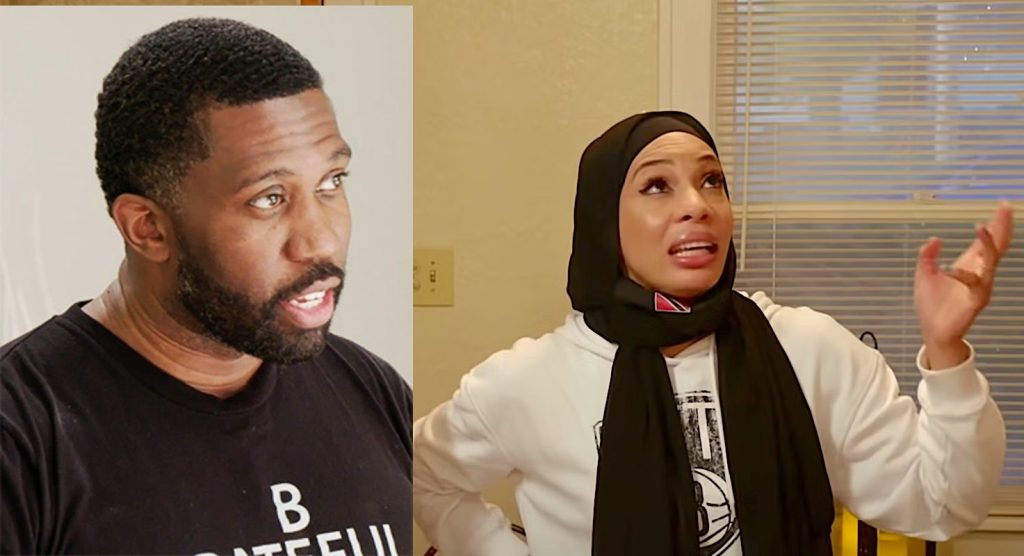 90 Day Fiance: Shaeeda Unable To Conceive As Fans Doubt Bilal Had A Vasectomy

The 90 Day Fiance couple Bilal and Shaeeda tied their nuptial knot earlier this year. They have been amongst the favorites of all. The couple initially met online and decided to get married within one week of meeting in person. Lately, the couple has been undergoing several clashes regarding having children. Perhaps it is the only point where the couple isn’t peas in a pot. Apparently, Bilal has been married earlier already, so this is his third marriage. But for Shaeeda, this is her very first, and she has a lot of hopes for it. To know in detail, keep on reading.

90 Day Fiance: Will Shaeeda Ever Be Able To Conceive?

The 90 Day Fiance couple recently is a part of the show’s spinoff, Happily Ever After. Fans know that Shaeeda has always wanted kids, and she dreams of having them before she turns 40. She even added this term in her prenup, which is in Bilal’s knowledge. But it seems Bilal wants to wait for a few more years, maybe because the 43-year-old already has two children from his ex-wives. “I do think still, kind of putting the cart before the horse,” exclaims Bilal and added, “maybe a little bit because there hasn’t been any issues, thank God”. He also adds that some of the things that her wife told him about her family are pretty fertile!

Recently, the 90 Day Fiance couple went to the doctor for their checkups. According to her reports, the doctor informs Shaeeda that she has a very low reserve of ovaries. According to the doctor, this perhaps is not a predictor of pregnancy. Still, indeed, they need to take things seriously now if the couple wants natural childbirth because, no doubt, these are the peak years of fertility.

90 Day Fiance: Fans Predict That Bilal Might Be Hiding A Secret Vasectomy

The 43-year-old TLC star, Bilal Hazziez, is getting slammed by fans due to some strange suspicions. Apparently, Bilal, even after signing the prenup, is delaying having children with his wife, Shaeeda. As per the fans, he is very much satisfied with his two kids from former wives. And that might be the reason that Bilal had a secret vasectomy. These are just speculations, and nothing has been proven yet. Hazziez is aware of the fact that his wife is already 37 years old, and she only has a few years left with her to have children now. Yet, his attitude regarding the same is very monotonous.

Still, when asked about having children, he simply exclaims that if God wants, they will have children. No confirmation has been received yet. Still, this theory has spread like a forest fire among the fans, which is also quite believable. Fans hope that Bilal would consider the time left and would not perhaps create issues for himself because he has already signed the prenup, and if he doesn’t follow the terms, there is a fair chance that Shaeeda would see him in court! Keep coming back to TV Season & Spoilers for all the latest 90 Day Fiance updates.