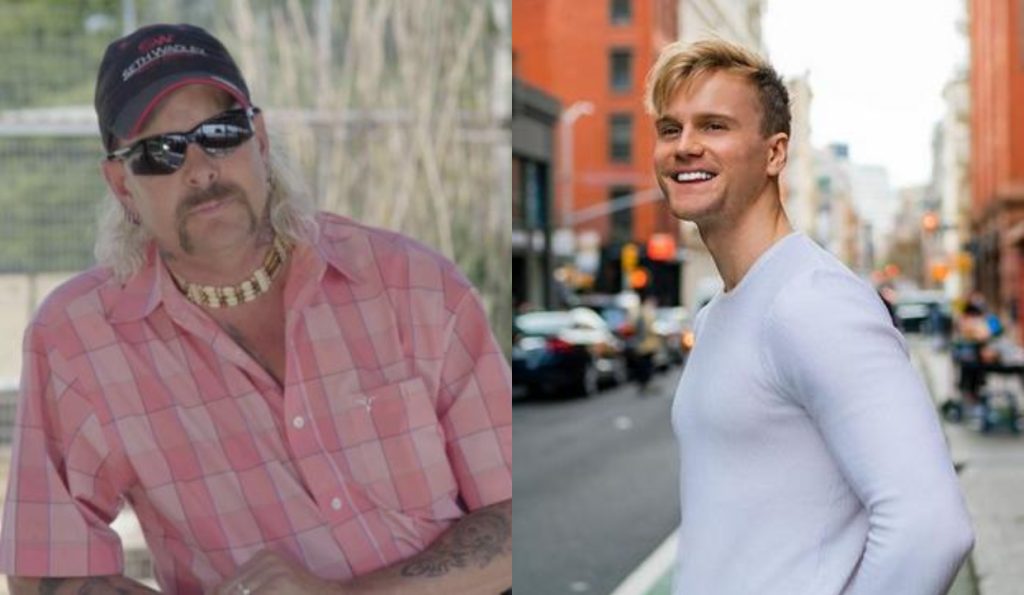 90 Day Fiance Star Helping ‘The Tiger King’ Joe Exotic To GET OUT OF PRISON?

The Netflix documentary, The Tiger King, took everyone by storm when it was released. Hence, viewers got familiar with Joe Exotic, the Oklahoma Zoo owner who became a reality star. As of now, he is serving 21 years in prison owing to a failed murder-for-hire plot. Well, it turns out that Exotic has a connection to 90 Day Fiance. That’s because he is on good terms with popular castmate Jesse Meester. In fact, their bond is so strong that the felon feels that the TV star can help him out of prison. Keep reading to know more details about this.

Joe Exotic’s documentary, The Tiger King, became the talk of the town since its premiere on Netflix. Well, it featured how the star now has a 21-year prison sentence. It happened as he had attempted murder for hire scheme for his arch nemesis Carole Baskin. To this day, Exotic maintains the innocent act and wants to be out of prison. Lately, a new post on his Instagram shocked everyone. Apparently, the Netflix star is quite close to the 90 Day Fiance sensation, Jesse Meester. Therefore, Joe put up a post appreciating him as he has been trying to help him get out of prison.

Apparently, Joe Exotic stated that Jesse would help him get his “voice” to the White House. That’s because he wants president Joe Biden to “sign his pardon” before November 2022. With this, he uploaded a photo of the young celebrity, shirtless, coming out of a pool. At last, the 90 Day Fiance star also responded to his post. As per Jesse, he wants people to “unite” and “fight back” so he can be out of prison. Moreover, the 29-year-old said he loves him and won’t “turn his back” on him. Well, reality TV fans were weirded out at this bond and stated it through the comments section.

As Jesse Meester became a new contestant on 90 Days: The Single Life, something unique happened. Well, Jennifer Tarzona, who appeared on the show with Tim Malcolm, got close to Darcey Silva’s ex. Soon, they began dating one another. Hence, it was the first time something like this ever happened in the 90 Day Fiance history. While the couple got along with each other well, fans still had a bone to pick with them. That’s because Jesse and Jennifer’s over-the-top PDA came off as too provocative for TV. Hence, they are not in their good books. Well, things really hit the roof this year.

That’s because Jesse Meester took to his social media to share a picture of a positive pregnancy test. With this, he also mentioned that his partner, Jennifer is indeed pregnant. Hence, the 90 Day Fiance fanbase went into a frenzy at this reveal. However, the couple was quick to reveal that it was just a prank for April Fools. However, some viewers were soon to point out that it was quite cruel of them to do so. That’s because there are several people in the world who can’t conceive or have had to go through miscarriages. Hence, the nature of their prank was insensitive for those reasons. Keep track of all the latest TLC news updates only through TV Season & Spoilers.