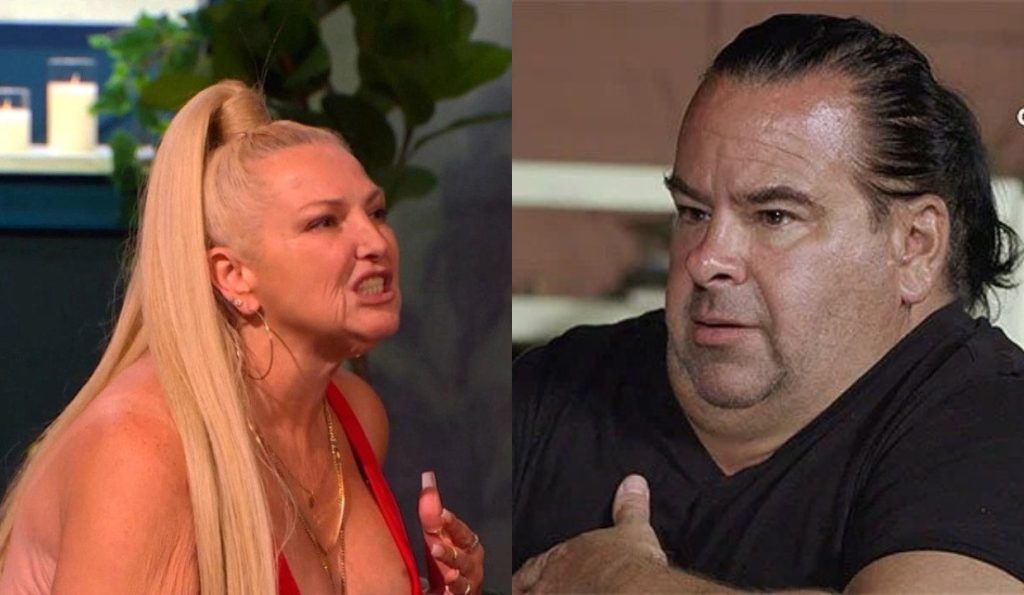 90 Day Fiancé: Stars Who Have Been Naked On The Show!

As 90 Day Fiance began premiering on TV, the show was all about two people trying to showcase and prove their love. As time passed, multiple spin-offs became part of TLC. Things have been dramatic and shocking in the reality show multiple times. As years have passed since the first season aired in 2014, a lot of things have changed on the show. For instance, some of the segments tend to be completely unfiltered and unabashed. Apparently, many 90 Day Fiance castmates even stripped down for the camera! So, who are they, and why did they do so? Keep reading to know more details about this.

This 90 Day Fiance star is by far one of the most controversial celebrities to come out of the franchise. During her debut, Angela Deem came on too strong to her partner Michael and the rest of the audience. She always flirted with men around her and was very controlling of her husband. But things blew out of proportion when she appeared on one of the Tell Alls right after surgery. A conversation with Michael and her aunt made Angela so angry that she flashed herself in front of the camera in front of everyone. While TLC captured the moment and aired it on TV, they made sure to censor as much as they could. The viewers even wanted Deem out of the show and filed petitions for the same. However, it was of no use, and she still stars in the show, currently appearing in the Happily Ever After franchise.

Ed Brown, aka Big Ed, is definitely the most famous star to come out of the series. He became an internet sensation when one of his moments with ed girlfriend, Rose Vega, rose to popularity. However, the ones who watch the show know him for being obnoxious and controlling, and quite jealous. But, the celebrity also did something alarming in th latest Happily Ever After franchise. Apparently, the 90 Day Fiance star thought it would be a good idea to strip all the way down while getting a massage with his fiancee, Liz Woods

. While Ed and Liz enjoyed themselves thoroughly, the audience was very disturbed by the segment. And they made sure TLC knows about it after being vocal about it on social media.

Jesse Meester is also a star who has been a part of the 90 Day Fiance franchise for a very long time. He made his TV debut with another popular celeb, Darcey Silva. But they couldn’t make it work. He then starred with Jennifer Tarazona in the first season of The Single Life. While a lot of viewers were upset by their steamy scenes on the show, there were often glimpses of the Netherlands natives going full naked. He did so during a spa, shower, and also while stepping out of the pool. The audience was upset at this and wanted TLC to edit out and censor the necessary bits from the show. Jesse has not yet appeared in the franchise since The Single Life spin-off, and the infamous Darcey & Stacey Tell All with ladylove Jennifer.

4. Nudity In Love In Parasite & The Single Life Episodes

As a lot of 90 Day Finance franchises are on the air all through the year, not all spin-offs are on TV. Many of them are now available on Discovery+, TLC’s OTT platform. For instance, Love In Paradise and The Single Life are two such shows that stream there. As producers tend to be more liberal online, both these franchises have featured multiple nude scenes. Shockingly, there has been no censoring for such scenes. Many of the viewers have raised concern and sometimes excitement about it on various social media platforms like Instagram and Twitter. How do you feel about TLC handling nudity on their shows? Do you want them to stop? Tell us in the comments below. Meanwhile, TV Season & Spoilers has all the latest reality TV show updates for you.