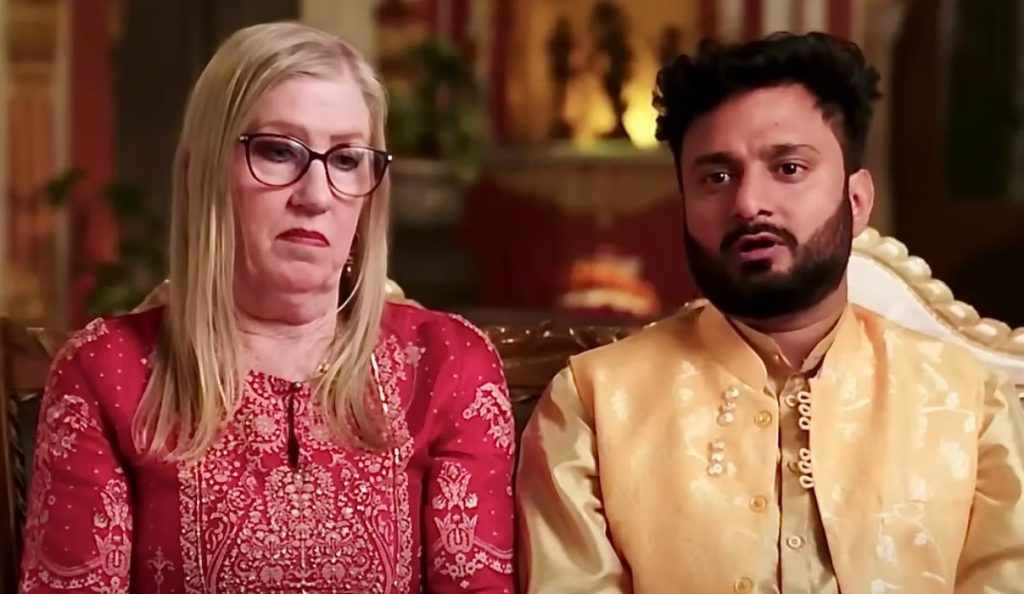 90 Day Fiance: Sumit Has Decided To HAVE KIDS Without Consulting Jenny!

The 90 Days Fiance couple, Sumit and Jenny, has been a part of plenty of controversies since they debuted on the show. Earlier, it was because of their age gap and, lately, because of their married life issues. The couple lately has been featured in the show’s spin-off 90 Day Fiance: Happily Ever After? They were in the recent news because of their Kama Sutra yoga class conflict and because of Sumit’s commitment to having kids without discussing it with her 66-year-old partner. This has created a rush between the couple. To know more, keep on reading.

90 Day Fiance: Will Sumit & Jenny Have A Child?

The 90 Day Fiance couple, Sumit and Jenny, recently came back from their honeymoon. Their honeymoon was full of ups and downs. During Season 3 of the show, the couple decided to tie the nuptial knot without telling their parents. Eventually, this made Sumit’s parent completely abandon their son. But Sumit is determined to get back his parents in his life. Though Jenny isn’t supporting him enough yet, he isn’t giving up on his parents that easily.

As soon as the couple landed back from their honeymoon, Sumit decided to meet up with his parents and resolve the conflict. However, his parents didn’t show up, but his aunt did. Sumit’s aunt told him that his mother was in a pathetic condition. Her eyes have swallowed up from crying, and possibly she may go insane soon as she is in emotional distress. Sumit went against his parents’ will and married the love of his life. Though his parents wanted a younger daughter-in-law for their son, he insisted on being with Jenny. But Sumit soon decided that he could win back his parents by giving them the pleasure of having grandchildren.

Shockingly, Sumit announced that he would definitely have children in the future. Though the fans are aware that the couple decided they wouldn’t have kids, Sumit declared it by himself without any prior consultation with his wife. Yet, the 33-year-old didn’t reveal his promise to his wife. He confessed to the camera that he was really afraid to tell his 66-year-old wife because he had already assured her that he would never want kids. The star isn’t sure how his wife will react to this, but there is a possibility that their relationship will evolve for good.

The 90 Day Fiance star couple went all traditional and took to Instagram to share their look. The couple twinned and decided to wear maroon color for some Indian festivities. The couple seemed all happy and festive. They captioned the video wishing their fans on Diwali. It is the most auspicious Indian festival and is also called the Festival Of Lights. So, Singh wished that his fans have a Diwali filled with happiness, love, and light. Fans were delighted to watch their favorite couple and loaded their video with a lot of comments. They wished them a Happy Diwali and told them never to give up on each other. The couple was holding a plate full of colorful candles in a picture.

A fan commented and suggested the couple equally divide the days of the year and live in both countries, which will eventually make everyone happy. But the fans feel that Jenny doesn’t show much interest when it comes to adapting to Sumit’s culture and lifestyle. Behind the smiling faces, the viewers know that a storm is emerging. Eventually, the couple is past their flowery phase now and is getting a reality check now. Perhaps the couple is having clashes now regarding their lifestyle.

While Sumit is not ready to give up on his parents, his wife Jenny is least interested in making things better with her in-laws. Instead, she thinks that his spouse is wasting his time! Fans feel that it is really difficult for the couple to last long. Keep coming back to TV Season & Spoilers

for all the latest90 Day Fiance updates.