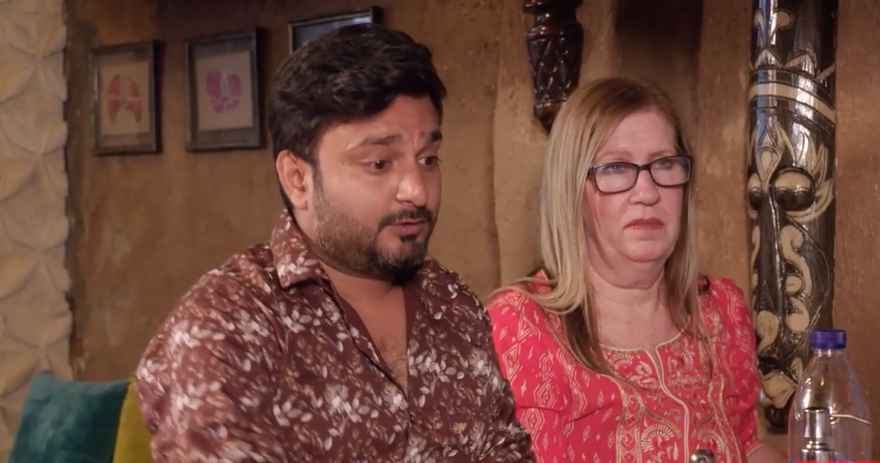 Sumit and Jenny have returned to our television screens again! The popular TLC couple came back with the latest season of 90 Day Fiance: The Other Way, and fans are more than happy. The latest episode was pretty dramatic and featured the much-awaited chair-throwing scene by Jenny. Ever since the season’s trailer featured that scene, fans had been waiting to watch it on screen. So, it became quite famous amongst the show’s audience. Sumit and Jenny tried to recreate that scene, but it turned out to be upsetting for a lot of fans. Here’s what actually happened.

The Other Way spin-off of the popular reality TV show is finally back on the air. And it has brought along the fan-favorite couple, Sumit Singh and Jenny Slatten. For years, we’ve been watching the two of them struggle to tie the knots because Singh’s parents refuse an older woman as his wife. Well, the saga is set to continue this season as well, and it all started with a blast. Yet again, Sumit refused to get married because he cannot “change the situation”. Well, he did not expect to get thrashed as hard as Jenny did alongside her famous chair-throwing moment in anger.

A lot of people called out Jenny for being violent and verbally abusive. However, others said that Sumit deserved the yelling as he had been stalling his partner for many years. Overall, the scene turned out to be entertaining for a majority of TLC viewers.

Since the chair-throwing scene became pretty popular, Sumit and Jenny tried to recreate it for their fans. Sumit uploaded some pictures on his Instagram account, in which Jenny was holding a plastic chair while pointing a finger at her 90 Day Fiance. On the other hand, Singh was sitting looking scared of getting hit by his girlfriend. The picture seemed funny to a lot of Sumit and Jenny’s followers. Even fellow TLC stars like Armando Rubio and Biniyam Shibre commented on the pictures to say that it was funny. The post currently has plenty of likes suggesting that people liked their humor in this post.

However, many of Sumit’s followers said that the post was rather triggering. They claimed that the pictures portrayed domestic violence

. Singh tried to justify himself and said that he and Jenny only posted the pictures for fun. Moreover, Jenny was not actually hitting her Indian boyfriend. Yet, many pointed out that the post won’t be funny for people who have actually lived through domestic violence. Sumit then revealed that they did it only for fun and didn’t intend to trigger anyone. As of now, people have very varying opinions on the severity of this post.

What do you think? Do you think that the post is hurtful or funny? Share your opinions in the comments below.