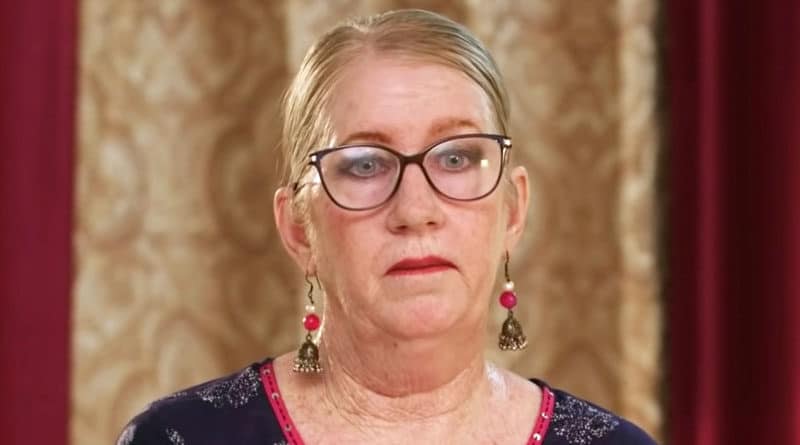 90 Day Fiance: Sumit’s Mom Wants To “Create Trouble” For Jenny, Planning To Send Her Back To America?

The latest episode of 90 Day Fiance: The Other Way has turned out to be a lot more shocking than expected. First off, fans didn’t think that Sumit’s parents would come close to accepting Jenny after all their previous drama. Hence, their offer to move into Sumit and Jenny’s house came as a huge surprise. Well, TLC viewers are assuming this to be a positive step in getting the parents’ approval for the wedding. However, Sumit and Jenny think that the Indian mom wants to “create trouble” for her son’s American fiance. Keep reading to know more.

Despite trying everything in their might, Sumit and Jenny have not been able to convince the Indian TV star’s parents for their marriage. The struggle has been going on for years, and they only made some progress recently. Sadhna and Anil Singh finally agreed to think about Jenny becoming their daughter-in-law. But they want to test her before approving. In the latest episode of the show, the parents offered to move into Sumit and Jenny’s house in Delhi, India. Moreover, Sadhna suggested that she wants to teach Slatten how to become an Indian daughter-in-law.

Well, fans thought this could be a way for Sumit to bring Sadhna and Jenny closer. As of now, TLC viewers are saying that the couple should make efforts to impress the Indian mom if they actually want to convince her. However, Sumit thinks that his mom is up to something and might have the intention of creating trouble for him and his partner. Hence, he was shocked and became nervous when he heard the offer. After Sumit gave his opinions about his mom’s motive, fans agreed that she might have something else planned for the 90 Day Fiance star.

Some of the comments on social media suggest that Sadhna might make Jenny suffer when she starts living with her. Moreover, she might try to demotivate and manipulate Slatten into moving back to the US. Besides, the American celebrity also seems to have some reservations about Sumit’s parent’s offer.

90 Day Fiance: Will Jenny Refuse To Let Sumit’s Parents Move In With Her?

While Sadhna’s opinion has been at the center of the TLC couple, Jenny might not care about it when it comes to letting her move in with her and Sumit. In the recent episode, Slatten seemed visibly against the Singh family’s offer. Even though she didn’t say, there are chances that the 90 Day Fiance celebrity agrees with Sumit that his mother wants to “create trouble”. On top of everything, Jenny is not familiar with the idea of living with the in-laws.

Well, it’s already known that Americans believe in the idea that kids should move out once they are adults and capable of living by themselves. On the contrary, reports say that in Indian culture, families believe in staying together. In fact, people live with their parents even after they are married. So, it would be hard for Jenny to adjust if Sadhan and Anil moved in with her and Sumit. Speculations say that she might refuse the offer. What do you think Jenny should do in this situation? Share your opinions in the comments below.