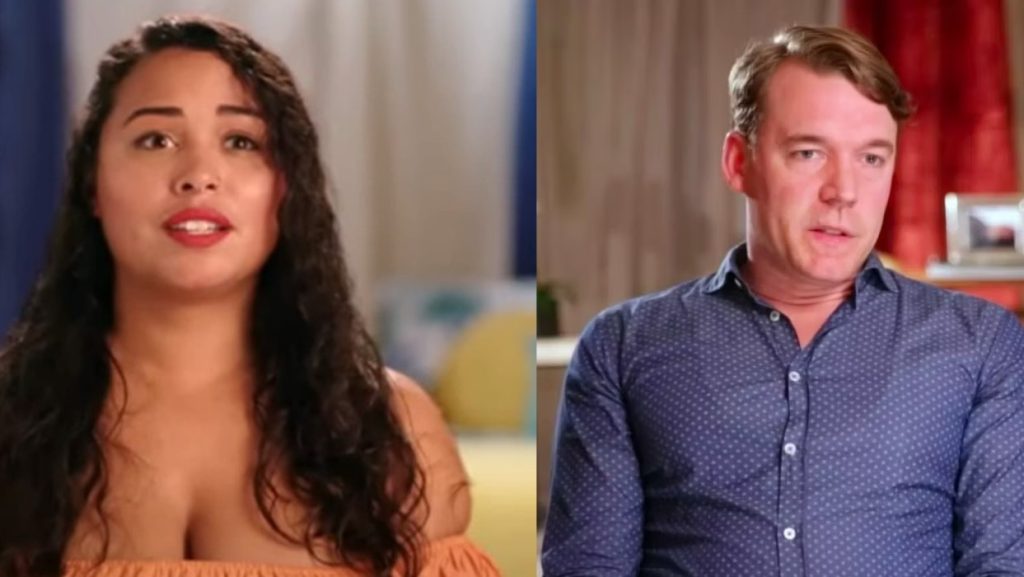 90 Day Fiance: Tania & Michael Confirm They Are Dating By KISSING At A Bar!

The 90 Day Fiance Fans know that Tania Maduro made her debut with Syngin Colchester years ago on the show. Apparently, at first, the audience felt that they are made for each other couple. But it seems that their differences won over their similarities. Hence, the duo decided to part ways with each other. The same storyline goes with another cast member of the show named Michael Jessen. Fans remember that Michael tied his nuptial knot with Juliana Custodio, which couldn’t last for more than two years. As per the recent news, it seems Tania and Michael might have some spark between them. We have all the information you might wish to know, so keep on reading.

The 90 Day Fiance fans know that it was really hard for Tania to deal with her separation from his South African husband, Syngin. Apparently, since then, she has decided to make herself the priority and work productively. But it seems that even after having a failed experience, the TLC star hasn’t given up on her love life. Tania is currently a part of the spinoff The Single Life. Not only this, but for the past few days, the celeb has been rumored to be dating another cast member named Michael. However, fans are still confused that if it will be a good pair or not. Apparently, as per a source, Tania and Michael have started dating each other now.

Though the source didn’t mention how they initially met but revealed that the stars had known each other for a while now; not only this, the insider confirmed that Juliana Custodio decided to part ways with her husband, Michael, because she thought that her partner and Tania were too close to each other. Hence it seems that the spark was there since the beginning itself. Lately, a lot of bloggers have also been posting about the duo dating each other.

As per InTouch’s source, two Connecticut residents were recently spotted in a local bar named “the little pub Fairfield in Cos Cob. Not only this, the insider claims that the duo were not only stroking each other’s hands but were also kissing each other. Hence, it seems that something is cooking between the two. However, fans are really excited to watch if the stars are really together or not because if yes, then it would definitely be interesting to watch them together.

90 Day Fiance: Tania & Michael Planning To Move In Together?

The 90 Day Fiance rumored couple Tania, and Michael has become the talk of the town. Apparently, the news of their togetherness has spread like wildfire. But amongst the spreaders, the prominent one is John Yates. As per his recent news, he says that the duo is really close to each other, and they are planning to move in together soon. He further claims that the couple has been dating for years secretly, and now they have been thinking about a future in which they are living together. Fans were taken aback by this shocking revealtion and couldn’t believe their eyes.

Fans’ curiosity still remains because Yates didn’t mention of their relationship was a platonic one or the other way around. However, fans are speculating that it definitely could be a platonic one. But it seems that Tania didn’t like the blogger intruding into her personal space and making her life details public. Hence, with her utmost Witt and sarcasm, she slammed Yates for it. However, fans are eagerly waiting to know the stars’ real relationship status. Keep coming back to TV Season & Spoilers for all the latest 90 Day Fiance tea.