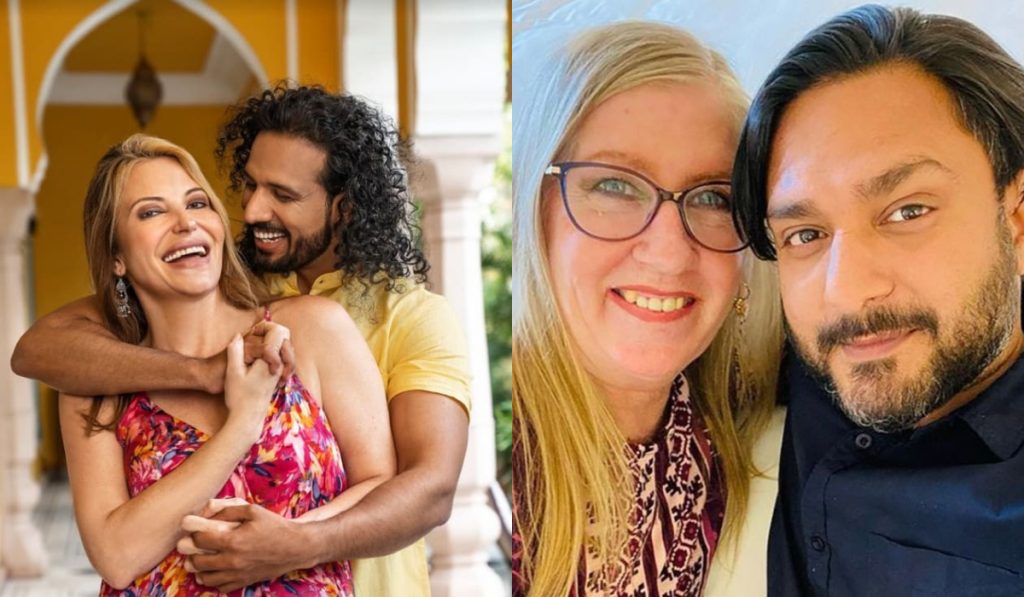 90 Day Fiance: ‘The Other Way’ Couple Jen & Rishi Are The ‘NEW’ Sumit & Jenny! Too Many Similarities!!

The 90 Day Fiance franchise has come a long way since its debut in 2014. Fans really developed a liking towards some couples. So, they wanted to see more of their journeys. So, TLC brought in more spin-offs. Thus, the series has become one of the most successful shows to come out of the channel. Lately, fans are getting excited to see The Other Way. In this edition, the American natives go to a foreign land to be with their partners. A lot of new couples are joining the series in this new season. Well, one of them is going to be Rishi and Jen. Fans have been drawing a lot of parallels between them and another famous 90 Day Fiance couple, Sumit and Jenny! So, how are they similar? Keep reading to know all about this.

90 Day Fiance: Here Is Why The Fans Think Rishi & Jen Are The Same As Sumit & Jenny!

Rishi and Jen are going to be the newest couple to join the TLC family. They will be making their debut on 90 Day Fiance: The Other Way Season 4. As soon as the new promos were released online, viewers have seen parallels between them and another couple from the series. Well, it is none other than Sumit and Jenny. Just like the new couple, Sumit and Jenny are also in India. In their storyline, the American woman discovered that her partner was secretly married to some Indian woman. He had kept this a secret from Jenny, and there was a lot of trouble between the two until the former divorced. While Rishi is not married, he did say that his parents are looking for a bride for him for an arranged marriage.

Moreover, the trailer also suggests that Rishi and Jen are already engaged with one another. As his parents are look ing for a bride for him, it gives away the fact that Rishi has not revealed his engagement to his family members. Something similar happened to Sumit and Jenny’s storyline. The couple tied the knot in a secret wedding ceremony in India and later on told the parents after keeping it a secret for quite a while. Because of all these similarities, many 90 Day Fiance

fans have started to feel that Rishi and Jen are going to try and be the new Sumit and Jenny. However, there are differences between the couple too.

For instance, a segment in the trailer revealed that Rishi tried to woo Jen’s friends by sending them some of his thirst trap pictures. Sumit, on the other hand, has never done anything like this with Jenny. The new episodes of The Other Way Season 4 will hit your TV Screens on January 29, 2023.

While fans can’t wait to see more of Rishi and Jen in the new episodes, Sumit and Jenny are also making progress. In the latest Tell All episode, Sumit’s side of the family, i.e., his father, Anil, brother Amit and sister-in-law Shree, became part of the discussion. That’s when the head of the family stated that he was giving Sumit and Jenny his blessings. It was a joyful moment for all the 90 Day Fiance stars. Jenny was happy too, and sent them a flying kiss through a video call and folded her hands in the Indian way to showcase her gratitude. However, the family also stated that Jenny still won’t be allowed to become part of the family gatherings. That’s because Sumit’s mother, Sahna, is still quite upset about this matter.

Anil also stated that he couldn’t change his wife’s mindset. But the fanbase is positive that Sumit’s other parent will give in too and eventually welcome Jenny to the family. The American woman was happy and said she was fine with staying at home and not attending such events. She explained this by saying that Sumit’s mother’s discomfort also makes her uncomfortable. So it is better that way. Sumit also stated that he would only be attending the family events if his wife, Jenny, was okay with it. Keep checking for more updates about 90 Day Fiance by staying tuned to TV Season & Spoilers.