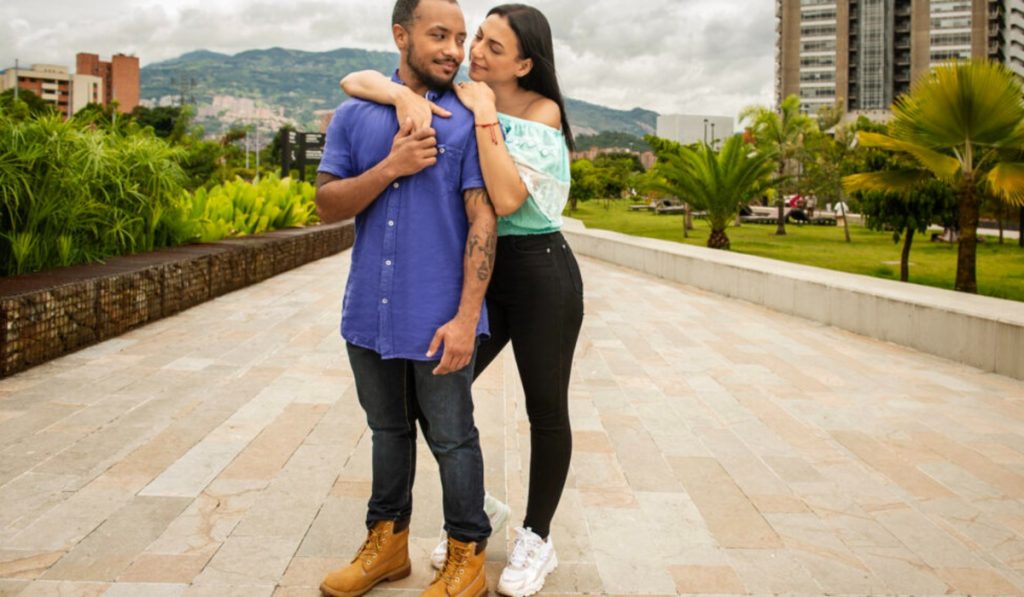 90 Day Fiance ‘The Other Way:’ Isabel Did Not Know Her Partner Gabriel Is A Trans Man!

As the latest 90 Day Fiance: Happily Ever After came to an end, the viewers are not disappointed. That’s because the franchise has become such a huge hit that there are multiple spin-offs now. Hence, The Other Way is going to be the new edition. In this, the American citizens go all the way to their lover’s foreign land and start a new life with them. The brand new season of the show i.e., Season 4 is all set to premiere on January 29. The viewers are all set to meet the new couples and follow their dramatic storylines. Well one of them is going to be Gabriel and Isabel. Keep reading to know more about them.

The 90 Day Fiance franchise is all set to air the new season of The Other Way Season 4. This time around the show will introduce five new couples. One of them is going to be Gabriel and Isabel. ET has shared an exclusive promo centering around them. The clip starts with Gabe showing off his business. Apparently, he is a young entrepreneur who sells specialized underwear. The castmates cater his product to transgender people who have transitioned from female to male. Gabe’s underwear line comes with a bulge for the ones who have not yet gone through their bottom surgery. The young businessman revealed that the feedback has been great and how his customers wear the product on a “regular basis”, making them feel confident.

Gabe then talked about meeting Isabel in Columbia. He was in a foreign land to look for a “supplier” for the manufacturing purposes of his product. That’s when a mutual friend introduced Gabe and Isabel. The former couldn’t help but feel the foreigner was “fine”. Both of them instantly hit it off. On their first night out, the future 90 Day Fiance ‘The Other Way’ star stated that they were “hugging”, “kissing” and “dancing”. He was also relieved when his partner stated that she doesn’t sleep with people on the first night. That’s because Gabriel has not yet told Isabel that he was a trans man. Now, fans are very excited and curious to see how their story plays out in the upcoming episodes.

As mentioned above, Gabriel is a trans man. The 90 Day Fiance viewers were impressed by TLC for shedding more light on the LGBTQIA+ community and coming forward with their stories. Prior to this, the audience has seen same-sex couples in the show. Gabriel and Isabel’s story will definitely bring up more challenges for them. The trailer for Season 4 revealed that Isabel’s parents still didn’t know about Gabriel’s gender identity. Hence, there was a segment where the couple was struggling to tell the parents the truth about them. While the brand-new show will premiere on January 29, Gabriel and Isabel are already getting a lot of love.

The viewers could tell by the looks of Isabel’s parents in the trailer that there lies a long road ahead for the couple, full of hardships. They are curious to know if the Columbian native’s parents will finally accept their love or not. Clearly, Gabe and Isabel’s storyline is going to create a lot of awareness about the trans community while dealing with the obstacles in their relationship. It has never been done before in the franchise’s history and fans are eagerly waiting for the new episodes to know more. Do you like Gabriel and Isabel? Who is your favorite couple from the new season? Tell us in the comments below. Until then, keep a check on TV Season & Spoilers for the latest 90 Day Fiance updates.