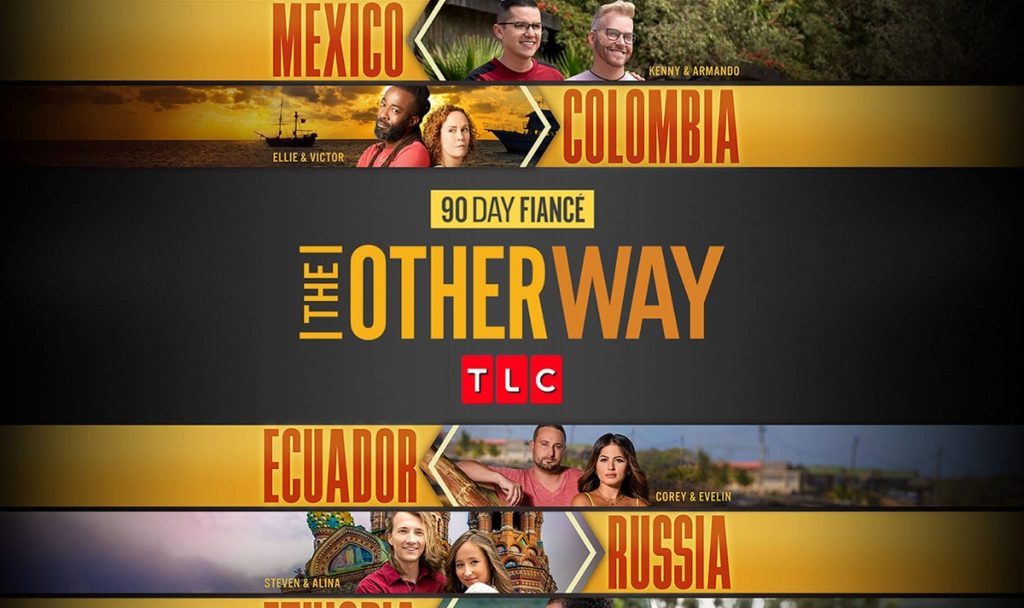 90 Day Fiance debuted on TLC back in 2014. It has now become one of the most successful franchises to ever come out of the channel. Now it has multiple spin-offs that continue to tell the tale of all the famous reality TV couples. Hence, some seasons or the other of these spin-offs continue to air on TLC all year round. As the trailer for Happily Ever After’s four-part Tell All has come into being, many fans feel that The Other Way will be the next series to take over. While there is no confirmation about the same from TLC, the viewers have taken note of many hints that suggest this. Well, keep reading to know why they feel this spin-off will rule over TV screens next.

90 Day Fiance: Fans Eagerly Waiting To Watch “The Other Way!” Here’s Why They Think TLC Will Air It Next!

90 Day Fiance has become the most popular franchise from TLC. The original franchise began airing in 2014, and there was no looking back. At last, the TV network developed more spin-offs to continue telling the story of couples who got famous from the series. As per the schedule, The Other Way, the spin-off where the American citizen travels all the way to a foreign land to be with their partner, comes right after Happily Ever After. Lately, TLC has been promoting the Tell All trailer at full throttle for Happily Ever After. This means the show is nearing its end. Hence, speculations suggest The Other Way will soon follow.

However, last year, The Other Way began in the last week of August 2021 and continued till December’s first week. After that, Before The 90 Days franchise followed, that again went on for multiple months. Soon after this, the original franchise, i.e., 90 Day Fiance Season 9, came into being with lots of new couples and a familiar one (Ariela and Biniyam). So, considering the history and release schedule, fans believe The Other Way Season 4 will soon follow. It might come out right after the anticipated four-part Happily Ever After Tell All comes to an end. However, it is still a theory as TLC has not yet shed light on which spin-off will follow after this.

90 Day Fiance: TLC In Need Of Increased Viewes After HAE?

The latest season of Happily Ever After has been quite dramatic. It followed lots of shocking segments like Sumit’s parents disowning him and Jenny, Jovi and Yara possibly moving to Europe, Michael cheating on Angela, and so on. On top of this, TLC is willing to bring all the chaotic castmates together in a studio for Tell All. For the first time in 90 Day Fiance, the cameras will follow the castmates in and outside the studio. Fans know what that means. Lots of drama. Hence, they held their breath to see it all unfold on their TV screens the next week as the finale just aired.

So, speculations say that TLC will immediately be in need of an intriguing spin-off. It will happen right after Happily Ever After comes to an end. That’s because the viewers would be in the mindset to witness something as exciting once again following the Tell All. Many also agree that Before The 90 Days and The Other Way have been the most loved spin-offs. If compared to all others. But, as mentioned before, TLC has not yet made an official announcement about anything. Despite this, fans eagerly hope they bring back The Other Way, as it has nearly been a year since they saw all the other castmates from it, and they wish to see new ones too. Stay tuned to TV Seasons & Spoilers for more 90 Day Fiance updates.