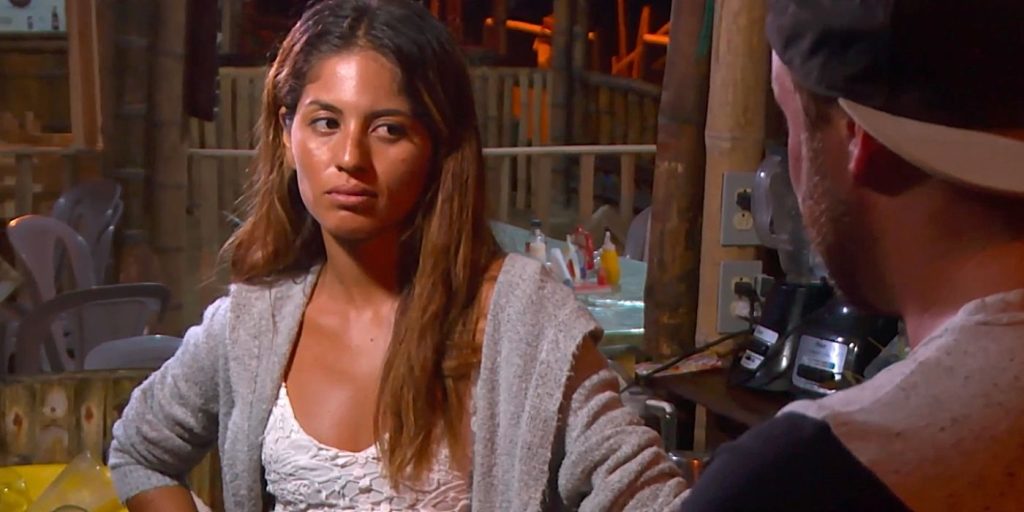 90 Day Fiance: The Other Way Star Evelin Asks For Divorce From Corey, Calls Him Out For Betrayal

When 90 Day Fiance: The Other Way first introduced fans to Evelin and Corey, the entire heat was on her. Fans always perceived Evelin to be a gold digger who was taking advantage of Corey. However, it looks like the tables have turned. Corey crossed all limits of lying and cowardice after hiding a big secret from his wife.

In a recent series of unfiltered and emotional Instagram posts, Evelin revealed that Corey just told her a tiny portion of what really happened with the other woman Jenny in Peru. He confessed to having a minor fling when Evelin pressured him for more information. But he never told her that things got serious between him and Jenny to a whole new level.

The worst part is that Evelin is finding everything out as new episodes of 90 Day Fiance: The Other Way release. Telling him to eat a “balls soup,” Evelin has been dropping some major bombshells about her relationship with Corey. She is clearly hurt about her husband involving production and telling them the truth instead of talking to her first. Such an act of deception has caused the Ecuadorian reality TV star to ask for a divorce. Let us take a detailed look at this.

90 Day Fiance: The Other Way Corey Almost Moved in With Jenny

It all happened when Corey and Evelin were on a break after being married for a year and a half. Eventually, the couple got back together. But he confessed that he ghosted Jenny after catching up with his wife Evelin. As Thehollywoodgossip.com

reported, things got serious to a point that they even made plans to move in and Corey even met Jenny’s family.

Evelin pointed out in her Instagram stories that one shouldn’t trust men even the ones that pretend to be good. It’s hard for her to watch the new episodes as the heartbreaking story unfolds. Corey told Evelin that he only met Jenny for a few days. Not only that he looked into her eyes and swore upon his deceased father, his family, and their pets. As expected, Evelin is disgusted. Moreover, he has even refused to sign the divorce papers.

Back then, Corey was posting love stories with Evelin on Instagram. Calling Jenny trash, Evelin made it clear that she knew Corey was married during their affair. She also revealed that Corey brought Jenny into filming and that fans are going to see her. Corey didn’t even get stuck with Evelin in Ecuador during Quarantine. According to her, he forced himself into her house by asking to stay just for a few days until she caved.

She concluded her message by hoping that one day Corey would be a man instead of a lying coward. So what do you think about Corey breaking all limits of lying, cheating, and deception? Let us know in the comments below.