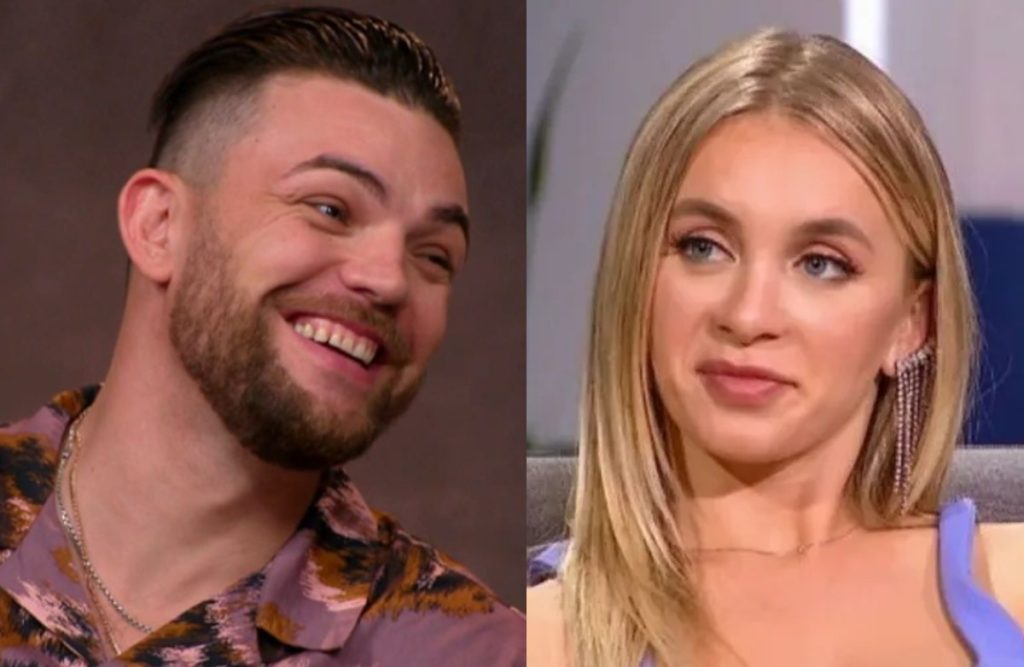 90 Day Fiance: There Is ‘S€xual Tension’ Between Andrei & Yara? He Is Attracted To Her?

Tell Alls are usually the place where the entire cast gets together and discuss their issues on the 90 Day Fiance platform. Sometimes relationships are mended while other times they are broken. It is always filled with drama, clashes, and controversies. Hence, the recent one was also the same as it had many fights and rifts. But amongst all this the eagle-eyed fans noticed something. Lately, there have been speculations that maybe Andrei Castravet has a crush on the Ukrainian beauty Yara Zaya. Shocking isn’t it? To know what fans observed, keep on reading.

The 90 Day Fiance’s recent Tell All was indeed a lightning rod of controversy. Apparently, it featured many fights including Andrei Castravet and Jovi’s. Fans know that they have butted heads earlier as well. They had a massive fight when they met at the bar and blamed each other for their relationship issues. Where Jovi was blaming Andrei for his deteriorating bond with his inlaws. The latter claims that Jovi doesn’t even deserve to be with Yara because he is a  party boy. Since this vigorous clash, the duo reunited directly into the Tell All episode. Hence, there was a sense of tension between them.

Apparently, Andrei’s wife Elizabeth is a completely different personality if compared with Yara. She is a person who got immense support from her father and does everything that her husband says. On the other hand, Zaya is a person who isn’t dependent on anyone and is a self-made woman who owns a huge business in the USA even after being a foreigner. After watching the entire episode fans took this matter to Reddit and discussed it. A user started a thread claiming that Andrei is jealous of Jovi because he likes Yara. Another one continued it and added that it was evident on his face when Zaya revealed that she has two businesses in the States. There was also another Redditor that thought that there was “sexual tension” between Yara and Andrei.

Not only this but fans also feel that maybe Andrei’s fondness for Yara was evident when he demeaned Jovi for not deserving Zaya. A viewer mentioned on Reddit that the TCL celeb is low-key attracted to the Ukrainian beauty and there were chances that he might want to get intimate with her. Another user claimed that Libby is a meek person while Yara has a bold opinion and is outspoken. Hence, there is a chance that this contrast might have attracted Andrie toward her.

90 Day Fiance: Andrei Slams Yara For Depending On Mother In Law

As per the Reddit users, Andrei’s eyes had a fondness for Yara and he was on his best behavior in front of her. However, it seems that the 90 Day Fiance star didn’t let the Ukrainian beauty escape easily. The TLC celeb slammed her for depending on her mother-in-law for raising her two-year-old daughter. Apparently, it started when the host Shaun Robinson asked Castravet whether Zaya is too much dependent on Jovi’s mother or not. The star didn’t hold back his opinion and said ‘Of Course.’

Not only this but Libby who face timed for the Tell All also added that Yara and Jovi have a perfect setup and they depend too much on another person for raising their daughter Mylah. However, Yara didn’t hold back and she explained how she has to manage her professional life while looking after her kid. She further added that she is a human and at times needs help so she calls Gwen who is happy to help them. Evidently, fans thought that maybe Andrei was jealous of the duo that’s why he behaved in a certain way. Keep coming back to TV Season & Spoilers for all the latest 90 Day Fiance tea.