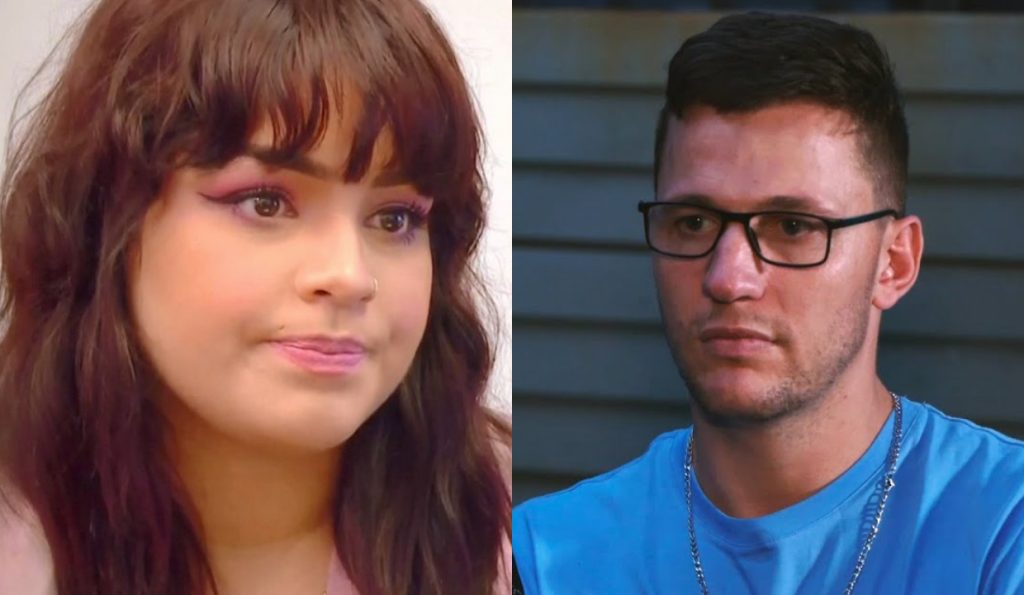 Tiffany and Ronald have been longtime 90 Day Fiance stars. In their marriage, they had to go through a lot of turbulence. This includes the man’s gambling and alcohol addiction and their struggle to parent their daughter Carley Rose. Since then, they have been in an on-and-off situation. Tiffany also flew to South Africa as per the new The Single Life episodes. The couple wanted to rekindle their relationship one more time during her stay. However, it ended in a disaster. Ronald shot back at Tiffany for refusing to sign the divorce papers recently. Well, the latter has followed up on this with a statement as to why that is. Keep reading more to know more details about this.

Tiffany and Ronald’s relationship has been haywire for a long time. Things hit the roof during their 90 Day Fiance Tell All confrontation as well, where the latter broke his camera in anger. He was part of the event from South Africa from a video call. They put in much effort to make their marriage work, but it was of no use. Hence, the only way ahead was to get a divorce. However, Ronald had mentioned that his ex-wife was refusing to sign the divorce papers despite him arranging for the paperwork. Some leaked screenshots also revealed that Tiffany told her ex not to “rush things”. Hence, Ronald said he wants his life to “go on,” and he doesn’t want to be held captive in an “unsuccessful marriage”.

At last, Tiffany Franco has finally opened up about these allegations. The 90 Day Fiance celeb came clean about this. As per Intouch, she did admit to delaying the divorce procedure. However, she did so because of her financial struggles and not because of her wish to still be married to the South African man. Tiffany explained this by saying that after coming back from her South Africa trip, she was not doing well in the monetary department. Hence, she asked her former lover to wait until she could hire her own divorce lawyers to look into the paperwork. As per the reality TV star, her man had reasoned with her. Hence, she didn’t understand why he made a statement painting her in a bad light.

Tiffany concluded by saying that she was not trying to stay married to Ronald. In fact, doing that would gain her nothing other than a “headache”. After both their statements, 90 Day Fiance viewers don’t know whom to believe. That’s because the couple has a reputation for dragging each other on social media a lot.

90 Day Fiance: Ronald Tries To Prove He Is A Good Father! Says He Sends Child Support To Tiffany

Ronald Smith has been in deep waters since his Tell All appearance. As mentioned above, his aggressive nature really scared the fans. They began to worry for Tiffany and lauded her for getting out of a toxic marriage. Lately, the 90 Day Fiance fans have started to slam him a lot on social media. One of them wanted to know if the man has been financially supporting Tiffany through child support money for their kid, Carley Rose. So, the man stated that his bank records prove that he has sent “child support” to Tiffany a lot of times. Despite his claims, the man refused to give any proof for it.

The same viewer also wanted to know if Ronald financially helps when it’s Carley’s time to visit him in South Africa by paying for the flights. So, the man slammed the user by saying that people should stay quiet if they don’t know the “full details” about his relationship with his kids. He admitted to paying for his “kids” and also his “bills”. Ronald refused to be judged or get “labelled” for his way of living. This still didn’t convince the fans, and they continued to attack him in the comments section of his latest post. Keep coming back to TV Season & Spoilers for all the latest updates about 90 Day Fiance.