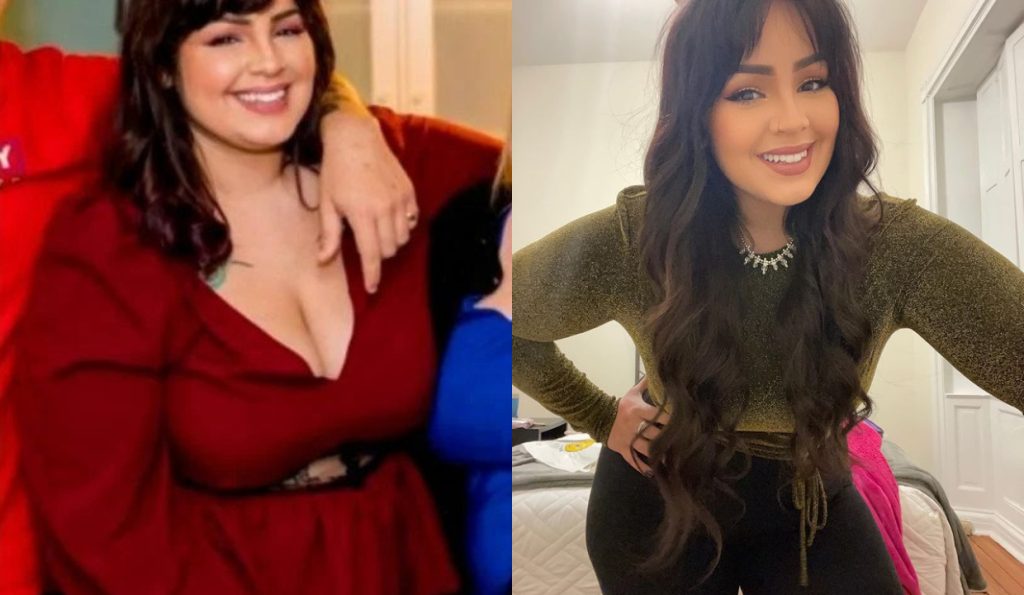 It is quite rare to see 90 Day Fiance stars turn their lives around for a good reason. Well, Tiffany Franco is definitely one of the rare ones to do so. It all began when she publically announced her split from her husband, Ronald Smith. Since then, Tiffany began practicing self-love and prioritizing her mental and emotional wellbeing. With this, she went ahead and got a gastric sleeve surgery. Moreover, she also started eating healthy and shared her journey on her social media. Lately, the celebrity shared yet another post about her weight loss. Keep reading to find out more.

Tiffany Franco became part of 90 Day Fiance along with Ronald Smith. In fact, the woman moved to South America to stay with her man. Together, they also had a baby girl. However, it wasn’t enough to keep their relationship going. Hence, they finally broke up. After moving back to America, Tiffany was a changed woman. Hence, she began focussing on herself and her job. Therefore, Franco also got the “gastric sleeve” surgery to shed excess weight. Well, that wasn’t the end of the castmate as she continued her healthy lifestyle.

Therefore, she even opened a second account to document her weight loss journey. This included working out and eating healthy too. Lately, Tiffany Franco is winning hearts yet again. That’s because she put up a video showcasing her changed physique. At the beginning of it, she is showing her pre-transition self. At last, the scene changes, and people can see Tiffany’s toned body, especially her slim waist

. Hence, all of them began praising her in the comments section. In fact, the fanbase commended her for coming a long way.

90 Day Fiance: Have Tiffany & Ronald Got Back Together?

While Tiffany and Ronald made their break official on 90 Day Fiance Tell All, they didn’t get a divorce. Since the couple lives in two separate countries, it was getting hard for them to arrange lawyers. Therefore, they remained separated. While the American woman focussed on herself, her former partner went on to date other people and even introduced his girlfriend on Instagram. Well, that chapter seems to be over now. That’s because Tiffany uploaded a story that suggested that she and her ex-husband might have reconciled.

Apparently, Tiffany put up a post suggesting that she was on in bed with a man. While the other person’s face was covered with an emoji, something else was quite visible. It was the man’s tattoo on his arm. Well, viewers were quick to figure out that Ronald, too, had the same exact tattoo. Therefore, they began speculating if the couple was back together. So, fat Tiffany Franco has not yet spilled the tea about her current relationship status with Ronald. In fact, she always avoids the question whenever her fans bombard her regarding it. Keep track of all the latest 90 Day Fiance news only through TV Season & Spoilers.