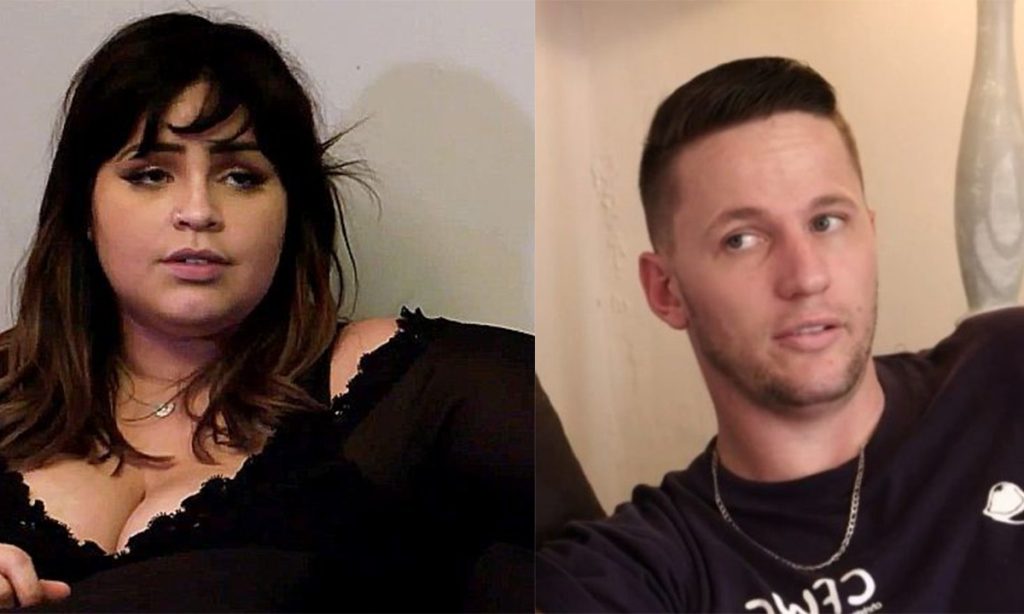 Tiffany and Ronald became famous through their journey on 90 Day Fiance. The former had moved to South Africa to be with her man. They also had a baby girl, Carley Rose, together. However, they had too much to deal with and couldn’t make it work. Although the duo announced their decision to separate during a Tell All episode from last year, they continued to go on and off. Around this time, Ronald also tried moving on and started dating another woman. Well, speculations suggested that this other woman was pregnant with his child! At last, none other than Tiffany Franco herself spilled the piping hot tea about her ex-husband’s life. Keep reading to know more details about this.

Tiffany Franco and Ronald Smith’s relationship got really toxic. Both of them became 90 Day Fiance stars. However, they couldn’t make it work and are currently separated. While the former moved back to America with her kids, Daniel and Carley, her ex is still in South Africa. They considered making their marriage work, but it was of no use. Before this, Ronald also got into a new relationship with another woman. Alas, it, too, didn’t work out. But there has been speculation on the internet suggesting that the 90 Day Fiance star got her pregnant. At last, a fan thought it would be fair to ask Tiffany about this rumor.

Tiffany Franco was live on TikTok when a user commented whether Ronald Smith got his ex-girlfriend pregnant, as per the Instagram page, Mac.and.Chisme. Instead of replying with a yes or a no, the woman smirked widely for the camera. The celebrity instead said, “maybe”. She then casually sipped her drink and gasped dramatically, adding, “imagine (that)…poor girl.” While the shade was quite obvious, fans still don’t know the truth behind the matter. On the other hand, many 90 Day Fiance fans believe that Tiffany’s reaction was a dead giveaway that Ronald’s former lover might actually be pregnant. Now viewers are waiting for the South African man to clarify things himself. So far, he has not yet released a statement or explained anything on social media.

90 Day Fiance: Tiffany Shares A Kiss With New BF! Moves On From Ronald

Tiffany Franco became the newest edition of The Single Life family. She and other 90 Day Fiance castmates like Caesar, Tania, Debbie, and Natalie took over the show’s third season. While the former traveled to South Africa and stayed with Ronald for four months, they couldn’t reconcile. So, Tiffany moved on and found herself a new man. She also gave a glimpse of it through the reality show. The couple has been in a relationship in a serious sense. The star showed her new man off in a latest Instagram video. It turns out that Tiffany and Dan were hanging out at a restaurant and goofing around for the camera.

Apparently, by the time the video ended, Tiffany had made a very sweet gesture. She planted a quick peck on her boyfriend, Dan’s, cheek. The fanbase went into a frenzy and couldn’t stop gushing at the new lovebirds. They lauded Tiffany for leaving a toxic relationship behind after seeing Ronald’s violent side in the latest Tell All episode. The young mother’s new man is Daniel MacFarland Jr., a standup comedian. By the looks of it, they are very stable and happy in this new relationship. However, they have refrained from calling another boyfriend and girlfriend. But fans hope that they will get to see the duo hit that milestone soon enough in the future. Keep checking more 90 Day Fiance updates on TV Season & Spoilers.