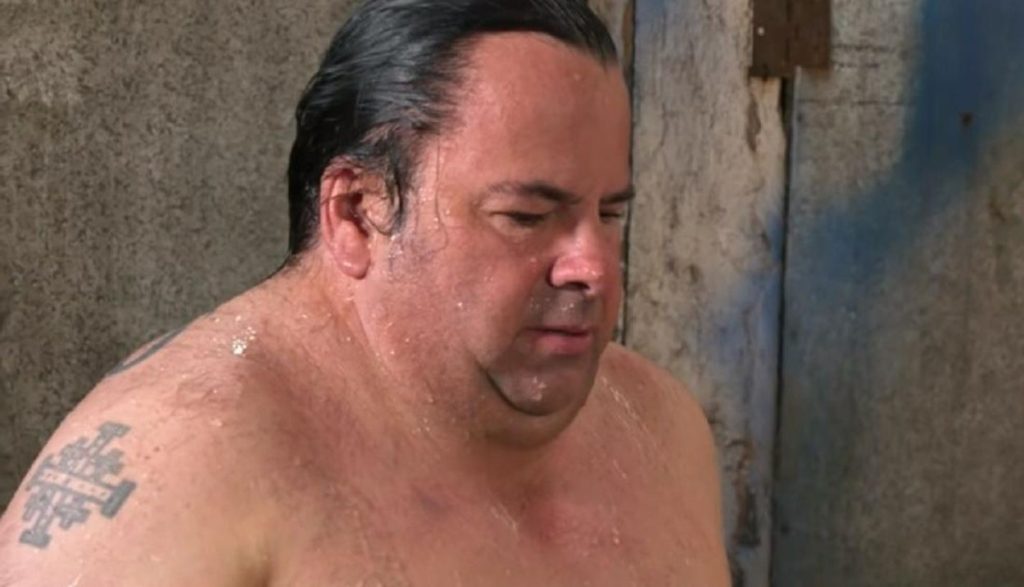 The fans of 90 Day Fiance can never stop slamming this controversial star. Big Ed’s every move keeps on adding disgust to the viewers. Recently, the star thought to give a treat to the eyes of the viewers, which eventually turned out to be disturbing for them. The 57-year-old has often said that he is conscious about his body. Yet, he decided to go stark naked in front of the camera. The viewers have been upset with TLC for featuring this scene. To find out why the star took this step, keep on reading.

90 Day Fiance star Ed Brown has been giving his best with Liz to make his relationship last. Yet, the viewers often find the couple quarreling and lashing out at each other. Despite their issues, they decided to give each other another chance. In the latest clip released by the TLC, Ed surprised the audience by coming in front of the cameras naked with just a hat and a mic. Liz didn’t expect the star to chuck off all his insecurities and to come without clothes in front of the world. This incident occurred when the couple was getting ready to enjoy a relaxing session on their new massage table.

Liz was stunned yet laughed her heart out when she first saw Ed being candid. The 90 Day Fiance star found it cute that Ed is being vulnerable; she also adds that it is annoying when the 57-year-old comes into bed with a shirt or shorts on. While massaging, Liz suggested her partner as she thought that maybe the star would be conscious because of the hair on his back, but it turned out the star’s consciousness resulted because of his tattoos and not his hair. Yet, he agrees to wax his back but only at the cost that it won’t hurt. Indeed the San Diego native couldn’t take away the pain, which resulted in Ed screaming at the top of his voice.

90 Day Fiance: Fans Doubt TLC’s Decision To Have Big Ed On The Show

The 90 Day Fiance viewers weren’t excited enough to have Big Ed-Liz and Kim-Usman on the Happily Ever After. The audience feels that these couples dont even qualify the show’s criteria as the couples aren’t even married to each other. Hence, they believe that the show should focus more on married couples. Another odd point in the format is that one should be American, and the other should be a foreigner. Apparently, that’s the basic structure of the show, right? But if we look at Ed and Liz, both of them are American natives yet they are on the show.

Despite knowing the toxicity which Ed throws, TLC decided to cast the star again! The show, which should be featuring a happy married life of couples, is now featuring Ed accusing his fiance of being a lesbian and coming out naked in front of the camera. No doubt why fans slammed TLC and said that they could have gone their entire lives without seeing this! For all the latest 90 Days Fiance updates, keep coming back to TV Season & Spoilers.