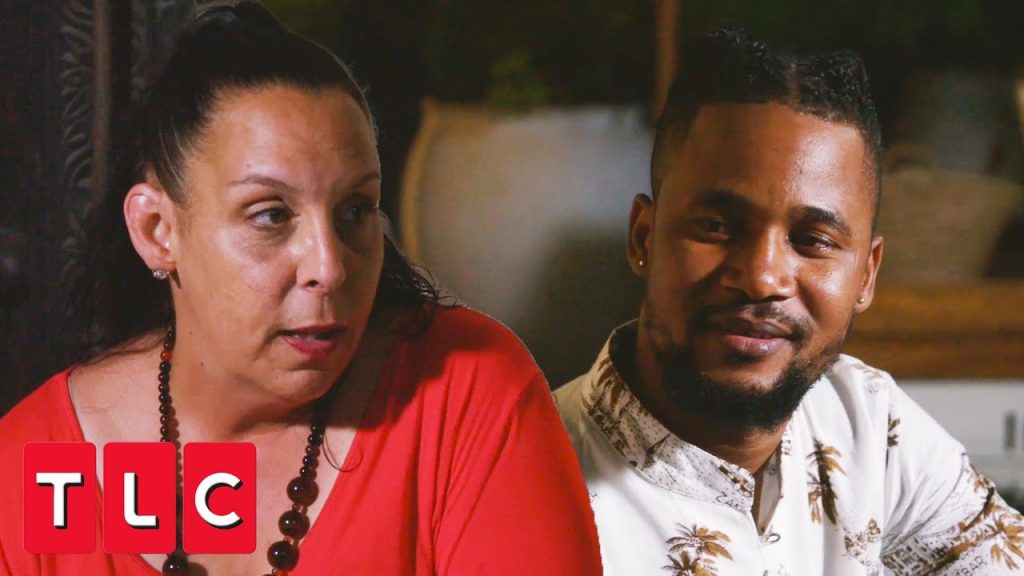 90 Day Fiance: Usman Will Lose His GREEN CARD If He Marries 2 Women, Kimberly Loses It Again!

The popular 90 Day Fiance couple Usman and Kim are never out of chaos in their lives. Their bizarre age gap and cultural differences have always been the talk of the town. Fans know that Usman’s mother was against their relationship. However, Sojaboy and Kimberly finally sighed in relief when his mom agreed to give her blessings to the couple. But, it was only if her son went for a polygamous marriage. But the storm is at the door as Kim learns some visa rules which are against their future plans. To know more, keep on reading.

The famous 90 Day Fiance couple, Kim and Usman, has always been a lightning rod of drama. They were finally ready to get married when another issue came their way. Apparently, according to Usman’s mother’s documents, Kim has to agree to let Usman remarry and bear children to fulfill his mother’s desire. However, it isn’t as easy as it sounds. In a recent clip from the episode, Kim discussed her engagement with her lawyer. The lawyer added that it seems it is a ‘fiance visa’. This was when the lawyer was unaware of the deal that Kim had agreed to. As soon as Kim read the controversial document and revealed that she had allowed plural marriage to her fiance, her lawyer told her about the States’ terms.

The lawyer mentioned to the 90 Day Fiance couple that such arrangements are prohibited in the USA. He further explained to Usman that he would lose his ‘green card’ if he got into a polygamous relationship. The 52-year-old shattered after hearing this as her mountain of dreams collapsed in front of her eyes. Kimberly accepted in her confessional that after hearing this out, she had no hope that Usman would ever marry her. However, she hasn’t revealed their new future arrangements to cope with the situation.

90 Day Fiance: Will Usman Go For 18-Year-Old Fareedet Or Kim?

The 90 Day Fiance fans know that recently Sojaboy met an 18-year-old. Apparently, Usman’s mother arranged the meeting as she thought Fareedet was the perfect match for her son. However, it was evident that the teenager smote the star. He also agreed that if Kim wasn’t in his life, Fareedet was the kind of girl he would love to spend his life with. On the other hand, fans also remember Kim going down on her knees

and asking the 33 years to spend the rest of their lives together. So, here comes the dilemma for Usman.

Fans have always suspected the star of using Kim as his ‘Green Card’. Perhaps if he marries Kim, he will have his green card but neither his mother’s blessings nor the teenager’s. On the other hand, if he chooses to marry the teenager, he needs to give up Kim. If he goes for a polygamous marriage, he loses his card again. Now, the ball falls in Usman’s court. It will be interesting to watch Usman dealing with Morton’s fork. Keep coming back to TV Season & Spoilers for all the latest 90 Day Fiance updates.