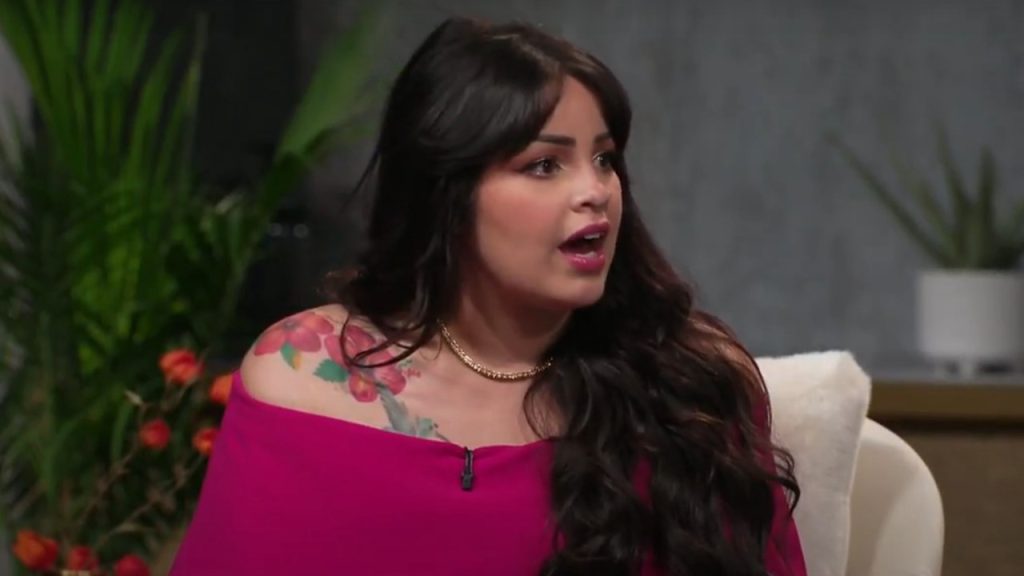 90 Day Fiance: You Won’t Be Able To Guess What Tiffany Franco’s ACTUAL AGE Is! [Unbelievable]

Tiffany Franco left a lasting impact on the audience after starring in 90 Day Fiance. She made an appearance for the first time with Ronald Smith in The Other Way spin-off. They had their fair share of ups and downs and separated. Since then, the American woman has been in the states, raising her two kids on her own. After a successful season of The Single Life, Tiffany made a profile for herself on Tinder, a dating app. That’s when viewers took notice of her again and were stunned after finding out about her actual age! Keep reading to know more details about this.

90 Day Fiance: Tiffany Is Older Than She Looks! Fans Shocked

Tiffany Franco has been a longtime reality TV star from 90 Day Fiance. Her and Ronald Smith’s love story was quite turbulent and didn’t work out. However, the woman finally put an end to their relationship in the latest Tell All of The Single Life. Since then, Tiffany has been embracing her life as a single woman. While she also teased casually dating a comedian, Dan MacFarland, they are still not officially together. Amidst all this, viewers got to see Tiffany’s dating profile on Tinder. A fan took to Reddit to reveal the screenshot they took of her page from the app.

Many 90 Day Fiance fans took special notice of her age. Most of them were shocked after finding out that Tiffany was 31 years old. So, they began saying that she looks younger than her actual age. Well, some viewers backed this up by saying that her focus on her health is responsible for this. Fans must know that Franco went through a drastic weight loss journey and even got surgery. Since then, the star has been on a journey to maintain a healthy lifestyle. Many others also commended her for her amazing makeup skills too, which must help her look youthful. Initially, fans felt that Tiffany must be in her 20s.

As mentioned above, Tiffany Franco has come a long way since separating from her ex, Ronald Smith. Apart from being a single mother to her kids, Daniel and Carley, she is also focused on her growth. The castmate has been using her social media to tell the audience about her weight loss journey. Since she got surgery, Franco has lost as much as 80 lbs on her own! It is quite evident that the star has been working hard to get into shape. Lately, she has shown off her slimmed-down physique in some new Instagram photos. Well, Tiffany was vacationing when she shared these posts.

Tiffany was enjoying the scenic view of the beach in the photo. She was wearing a skin-tight black top along with some matching leggings. On top of this, the 90 Day Fiance star put on a pink colored shirt to finish her look. Viewers commended her new self and stated she was looking “pretty in pink.”. Others stated that she was glowing differently and looked quite happy after finally calling it quits with her ex, Ronald Smith. In another one of her photos, she was halfway in the water in the Mexican sea. With this, she also announced the end of her trip but told her followers to keep an eye out for more pictures from her vacation. Are you happy with Tiffany’s weight loss and new physique? Tell us in the comments below! Stay up to date with all the latest reality TV news by checking TV Season & Spoilers