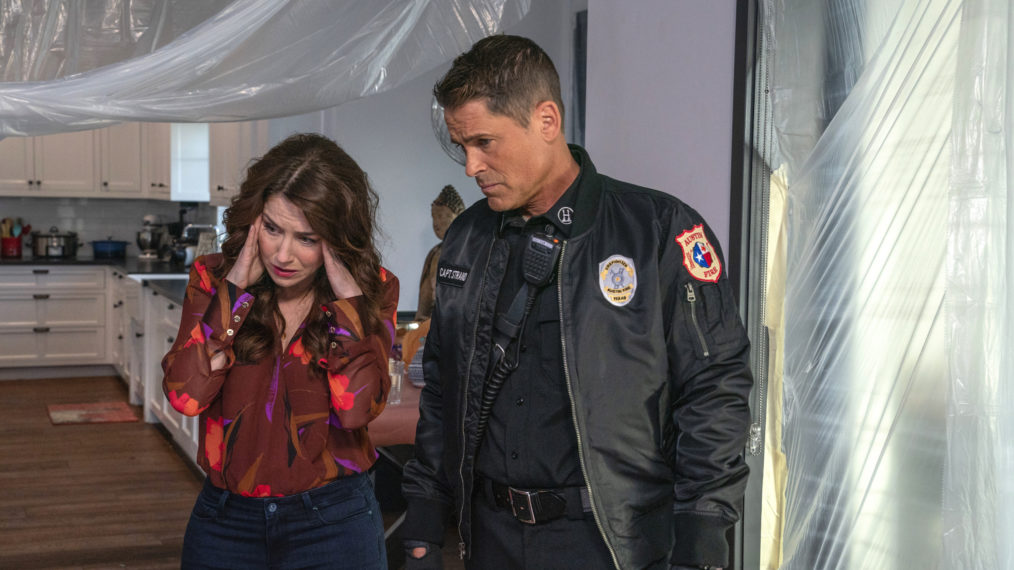 911 Season 4 Episode 10 will revolve around the idea of parenthood. Does that mean that the episode will feature the birth of a baby, or will it show how parents manage a baby? No, 911 has never dealt with such kind of storyline. It will instead go on to showcase the urge to save lives. A birthday party is about to turn disastrous. Know below how.

911 Season 4 Episode 10 is entitled “Parenthood.” The title may hint to you about the celebratory and heart-lightening stories. Well, the opposite will happen. The episode will feature a birthday party thrown by a mommy blogger. The party will soon turn into a disastrous event. Many will have to make adjustments to their new life.

Chimney and Maddie have welcomed their newborn, and now is the time for some change. A new person in the family indeed brings a lot of adjustments to life. But, which kind of changes? The viewers will get to see it in the tenth episode. The season is reaching its end. So, better stay patient and have a close look at the storyline.

The episode’s official storyline reads, “The 118 responds to a series of calls dealing with parents and their children, including a disastrous birthday party thrown by a mommy blogger. At the same time, Michael and Athena talk to May about her past suicide attempt. Chimney and Maddie, on the other hand, adjust to life with their newborn. Moreover, Hen and Karen are emotionally shattered as their foster daughter, Nia, is reunited with her birth mother.”

Fights And Savings Ahead!

911 is all about saving people. The show will do the same this time. However, the show never fails to bring an interesting storyline in each of its episodes. This time, there will be a car crash, bomb blast, and some fight. The 911 team will be seen to save one of their members, who is stuck under a big fat animal. It’s going to be fun to watch.

Moreover, two older adults will have a fight, and people around them will make a scene out of it. The 911 team member will also witness a blast. We wish no one to get injured.

What We Have Watched Until Now?

The last released episode of the season was “Blindsided.” This episode brought up the case of a woman drinking and driving the wrong way. The 911 gets the call from her child. Chimney’s brother gets into a roll-over accident. At the same time, Maddie goes into labor pain. Meanwhile, Hen and Karen were seen to have a clash of thoughts over their foster child, whose mother wants to reunite with her.

911 Season 4 Episode 10 will release on Monday, April 26, 2021, at 8 pm ET/PT on Fox. Moreover, the further episodes keep following the same release slot. There are no more hiatus and just thrill ahead. We will keep you updated in the same way ahead. Till then, keep watching and staying updated here.