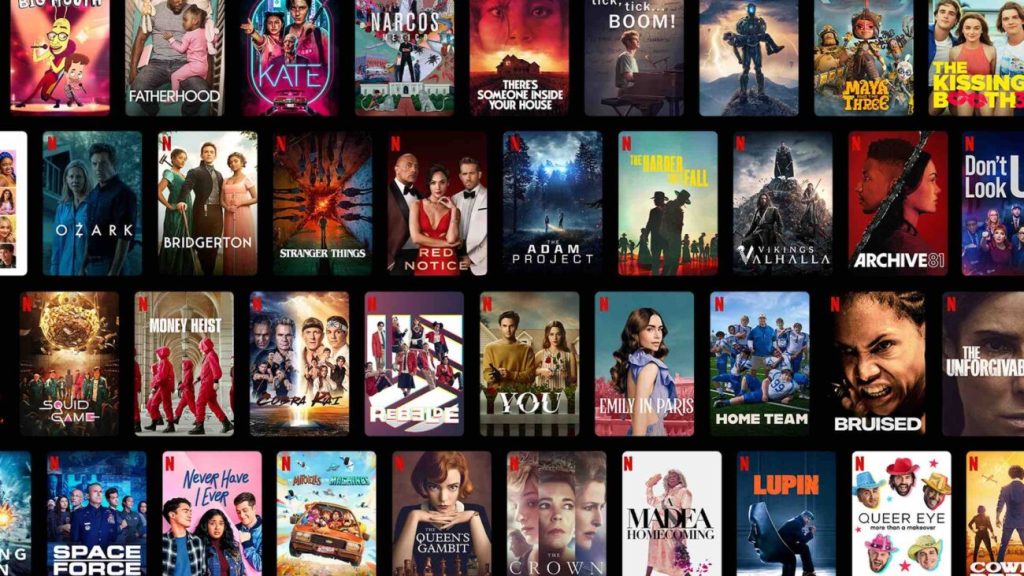 Netflix is a streaming giant and it is creating an original show one after the other. And, it’s definitely not coming slow at all. There are a bunch of Netflix series coming soon. These include new ones and ones that are making a huge comeback this year as well.

Now without further ado, let’s look at the list we have compiled for you.

Upcoming Shows For Netflix in 2023

The Crown, one of the most-watched shows on Netflix, is getting its 5th season. It is one of the most anticipated Netflix series coming soon. Supposedly, the show will follow the troubled lives of the royal family in the 1990s. We will see how three of the queen’s children got divorced and how Princess Diana died too soon in a car accident in 1997.

Wednesday, a TV show about the Addams Family will start airing in November. The story will be about Wednesday Addams, who goes to a magical boarding school called Nevermore Academy. You’ll be drawn in by the mystery of a string of murders. This will be available in all the best Netflix regions and if it isn’t available in yours then you can use a VPN.

If you can’t access any of the shows we are mentioning below, it is possible it is not available for your region. You can use a goodVPN to watch Netflix. A great VPN like VeePN can help you bypass all gating technology. It is one of the best Netflix VPNs out there and can help you access the content you love. You candownload it for free or just use the premium version.

Season 3 of the much-loved Regency romance Bridgerton is now being filmed. In the meantime, the Queen-inspired spin-off will soon be available on Netflix. This series, called Queen Charlotte: A Bridgerton Story, will tell the story of Queen Charlotte, how she fell in love with King George III, and how we got to the world of Bridgerton as we know it today.

One great Netflix upcoming show is The Watcher. During the fan event, Netflix showed off its new mystery thriller called “The Watcher.” In the story, the Braddock family moves into their new home in a quiet neighborhood. But as the family tries to find out the truth about their neighborhood and the house they live in, they will have to be careful at every turn. Why? Because someone named “The Watcher” is watching them.

With the second season coming out in 2023, the Grishaverse is getting bigger. During the fan event, there was a sneak peek that showed both new and old characters that have been added to Ravka’s group of magicians. So far, the story has not been told.

The Recruit will tell the story of a young CIA lawyer named Owen Hendricks, who will be played by Noah Centineo. Within a week of starting his new job, Owen is deep in the “World of power politics and mischievous players,” as someone plans to expose the agency. Owen now goes all over the world to protect the secrets of the CIA and his job. Definitely an upcoming Netflix seriesto watch out for.

The next season of Dead to Me, a dark comedy, will come out soon. It will be the last season of the show and is expected to be more fun and have more twists than the first two seasons. In the teaser, Jen and Judy go to the hospital after the crash, but Jen’s injuries are pretty bad.

The teaser shows that Emily is at a crossroads in every part of her life. She has to decide which way to go with her work and her love life. She has a close style and wants to learn something new as well. Alfie or Gabriel? Who will she choose? Will she return to the United States? Season 3 has all of these answers. We are definitely biting our nails waiting for this one.

The Order of the Cruciform Order will fight more demons for another season. The first season of the show was a big hit, so it will be interesting to see what happens next. It’s been quite a while that this season 2 version is pending for this show. Viewers are avidly awaiting its release. Use a Netflix VPN to access it in any area of the world.

Here you are – we are super excited that these upcoming Netflix series are in the pipeline. All the teasers look like a charm and are definitely worth getting a good VPN for.