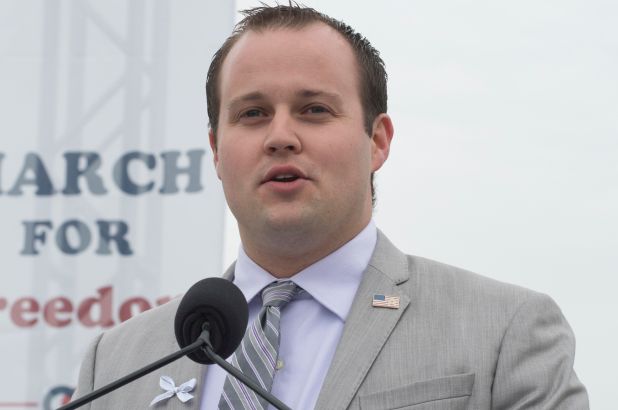 As all fans know, Josh Duggar is released on bail. And the Counting On star will have to be present in the courtroom trials thoroughly. For now, he is out on a two-month bail from imprisonment. Moreover, the former reality star can not live under the same roof as his children. Indeed, the decision was made to make him live with Jim Duggar’s close friends, Lacount and Maria Reber. Well, it seems that they themselves are not much happy with the decision. Let us look into the details below.

Counting On: Mrs. Reber Feels Unsafe With The Idea of Being Alone With Josh

Josh Duggar was arrested on the charge of possession of materials claiming child abuse. However, he is now granted release from jail. Josh Duggar will live in Lacount and Maria Reber’s house for two months. Although Mrs. Reber does not feel too reluctant to live with Josh. The Hollywood Gossip reports her expressing uneasiness living with Josh for two months.

Federal probation officer Diem Nguyen claimed at the court, “Mrs. Reber was concerned about being left alone with Josh because he was a male and she was a female.” Mrs. Reber even feels disgusted with the idea of left alone in the same room with Josh. If she had been the one to make the decision whether to let Josh live with them or not, she would have definitely gone with a firm no. However, it was her husband’s choice to let Josh live.

Counting On: Reber’s Neighbor Is Angry With His Release

Would you feel safe when you know someone like Josh Duggar is living in your neighborhood? Your answer would probably be a ‘no.’ The Sun

revealed the same expression of the people living in Washinton County. One of the Reber neighbors says, “They’re absolutely not a shock to me, and honestly, it makes me angry because if the parents had done something about this before, who knows how many children would have been saved.”

The neighbors feel disgusted to have Josh Duggar living beside their house. Moreover, many of them suggest that Josh Duggar should not have been released in the first place. The other neighbor stated, “Child molester, I feel, deserves capital punishment.” He continued as, “I think he should be got to jail for the rest of his life.”

People around don’t think Josh will ever change his behavior. People like Josh never change, as they continue to disgust. Well, it seems that Josh is surrounded by a lot of hatred. Will he be able to cope with all? People living around the neighborhood think people like Josh Duggar are better off the street. Some of the neighbors even claim Josh to be a “habitual offender” and should get “enhanced sentencing.” Well, the good news for Josh is that he will be able to meet his wife Anna Duggar and their six children. Do you think it will be right for Anna to let Josh meet with their kids, who are minors? Let us know your views in the comment box below.