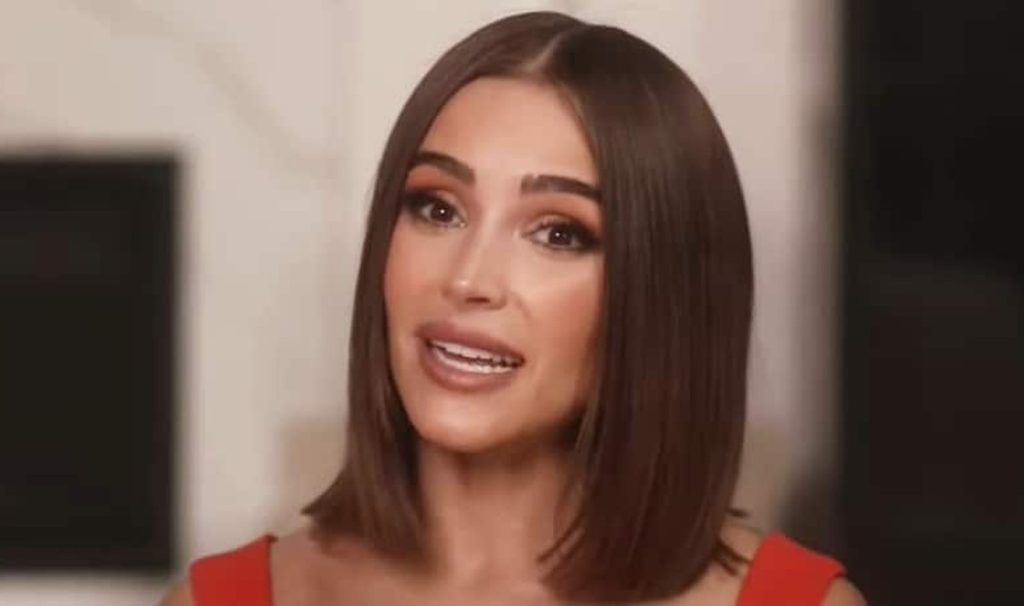 Olivia Culpo of Culpo Sisters is a well-renowned face. Fans know that the stunning star was crowned Miss USA, after which she made her land proud by becoming Miss Universe in 2012. After that, she stole the limelight in the past because of her relationship with Nick Jonas. Now she is known for her brand new show on TLC. Culpo is lately dating NFL star Christian McCaffrey. Though her life seems to be perfect recently, she revealed her fears. Apparently, due to the star’s medical condition, she fears whether she can ever conceive. To know more about her issues, keep on reading.

Culpo Sisters: Olivia Has Fertility Issues Because Of Endometriosis

The Culpo Sisters star Olivia’s life appears to be perfect to the viewers. However, it seems that there’s nothing called perfect ever. Apparently, the star is having medical issues like Endometriosis. Recently TLC’s official page on Instagram posted a clip in which Culpo accepted that she has an extremely low chance of conceiving. Back in 2020, the celeb also went for surgery for the same because of which there is a risk factor in bearing a child. Yet, Miss Universe 2012 has not given up on her dreams. She still claims that she wants kids anyhow.

The star isn’t hesitating to reveal her medical condition. Olivia stated that, apparently, because of Endometriosis, her egg quality could also change. And not only this, but it can also scar her fallopian tube. The TLC celeb also added that there was a time when she used to be in bed for the entire day because of the amount of pain she had to undergo. However, amidst all the other effects, her main concern revolves around having kids. The former Miss Universe claims the urgency and reveals that she needs to have kids ASAP.

Culpo Sisters: Is Christian Ready To Have Kids With Olivia

The Culpo Sister star Olivia has a flower and chocolate relationship with NFL star Christian McCaffrey. Till now, their relationship has been serious. And it seems that the couple is planning a forever with each other. But as the 30-year-old reveals that she fears her timeline and needs to have kids asap. Fans doubt if her career-oriented boyfriend would support his girlfriend or not. Fans know that Christian is only 25 years old right now, and it would be a tough choice to become a father at the peak of his career.

Culpo revealed in her confessional that she pictured her life at 30 as a married person with kids. But right now, everything is unplanned. Apparently, The Culpo Sisters star

doesn’t want to pressure her boyfriend and ruin his career. But evidently, her slipping timeline to become a mother is forcing her to take a quick decision. Miss Universe 2012 is losing her calm in sharing this with her boyfriend because she is afraid of listening to the answers he’ll give. However, her sisters Sophia and Aurora are attempting to resolve this issue. In a recent clip, Aurora suggested that the star confront things to Christian. Fans are eager to know how things will end up. Keep coming back to TV Season & Spoilers for all the latest Culpo Sisters updates.