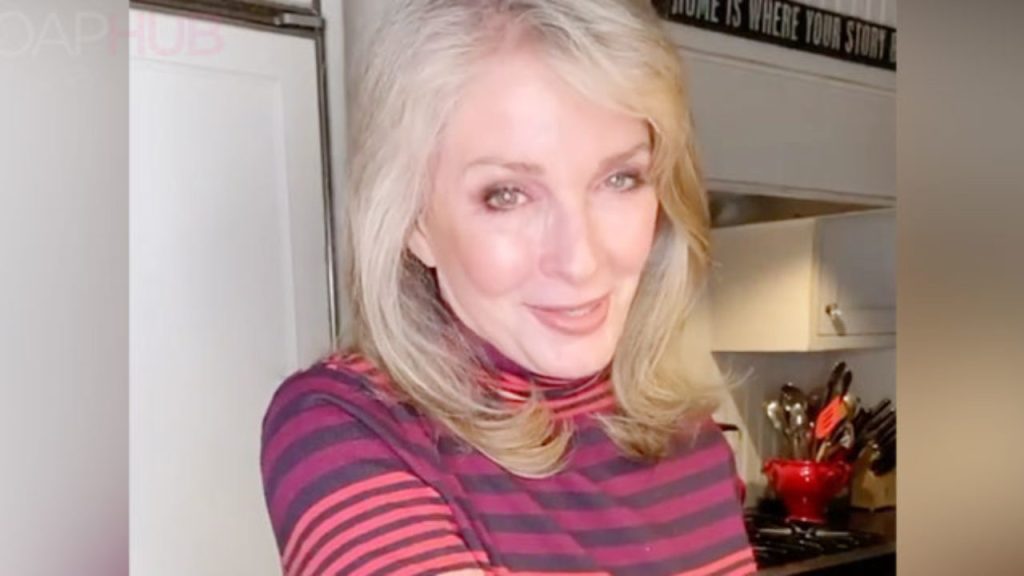 Days of Our Lives Is GETTING BOLD? Deidre Hall Speaks About it

It’s been a few weeks since NBC’s only remaining soap, Days of Our Lives, moved base to the network’s online streaming app Peacock. However, the uproar over the sudden move has far from quietened. Many viewers are worried about what changes the show will undergo now that it has moved online. Will it follow the track of unfiltered programming? Showcasing crass language and overtly bold scenes? Now that it’s free from television networks and daytime restrictions and sensibilities! Here’s what Deidre Hall, Marlena of Days Of Our Lives, has to say.

The Days Of Our Lives Stars Assure Fans

A firm “No” is the answer to all the above questions if Deidre’s talk with The Wrap has to be summarised in one word. “Our audience is not changing,” The Days Of Our Lives actress stated. “We respect who they are and what their sensitivities are. We’re not going to become a blatantly sexual or a vile language program.” Deidre assured the viewers. “We’re not going to do that; that isn’t who we are, and it’s not who our audience is.”

Leo and Kayla of Days of Our Lives were also on the same train of thought when they addressed the move on Michael Fairman’s Youtube show. “I feel like they’re already pushing the envelope with some of the dialogue,” Greg Rikaart (Leo) admitted, while Beth Evans (Kayla)  joked that, “You can say baby cusswords now.” When Greg teased, “I think there might be some more skin.” Beth declined it and laughed “Oh, not for me, I’ll be all buttoned up!”

Coming back to Deidre Hall, she thinks while many shows have explicit content when they are made solely for online streaming, Days Of Our Lives is not the same. She added that it will not suddenly turn filthy, they are not making it a blatantly sexual soap.

“It’s the same creative team that’s transitioning,” Greg stated. It’s not like a new team is coming in so they will bring a lot of change to the way the soap is right now. “The switch from the episodes filmed for NBC to the ones filmed for Peacock probably won’t even be that noticeable”. Beth agreed with Greg and stated, “It doesn’t feel any different, it’s all the same.”

Well, while these statements from the stars of the soap are assuring, we still have to wait and watch. Once the episodes exclusively recorded for online streaming start to stream, it will all become clear. However, we do hope not many changes. We have grown to love Days of Our Lives just the way it is. What about you? Are there any changes you would like to see? Please share your views in the comments! Also, stay tuned to the latest episodes of Days of Our Lives, now streaming exclusively on Peacock.