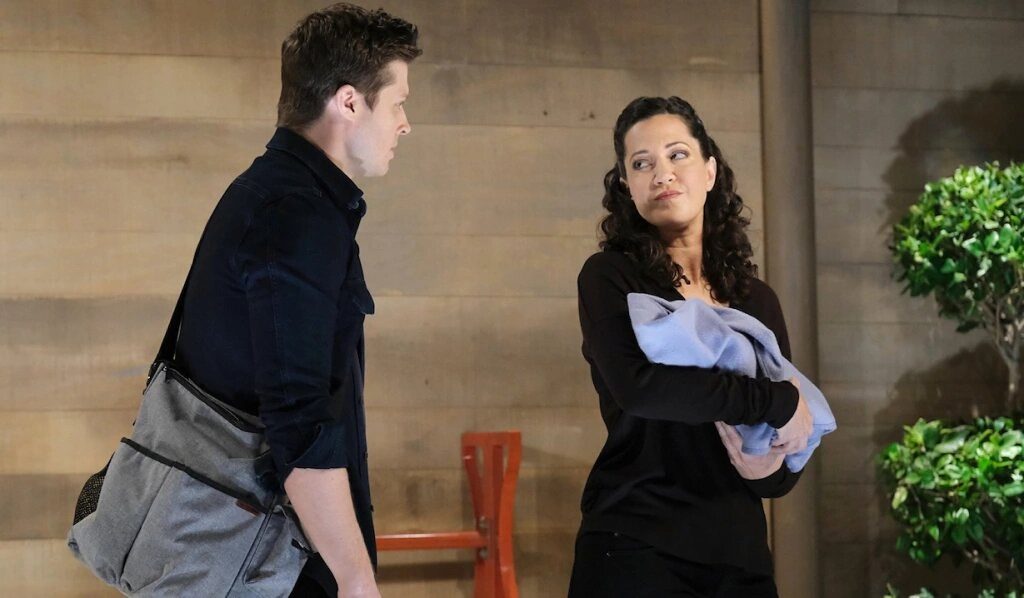 Days of Our Lives: Is It Time For Jan Spears To RESURFACE?

Looks like a year-old mystery might soon start getting investigated again! Days of Our Lives spoilers tease that Jan Spears’s baby kidnapping drama might come to the surface and Will might become the one to investigate it. His dream job in New Zealand might become the main reason for reopening the unsolved mystery. Let’s discuss how the storyline might move forward to solve all the unsolved mysteries in the soap.

The writers seem to give viewers some hints about letting Will get his dream job in New Zealand. Days Of Our Lives spoilers showed how Will got his dream job in New Zealand! Well, this might not just be a random job offer but an offer that opens the gate for a year-old unsolved mystery. Usually, in soaps, everything shown on-screen has a meaning attached to it. so, what could this New Zealand connection possibly bring in for the viewers?

Long-term fans know that this is the place where Sonny’s ex-lover Evan was planning to go with his baby boy. After winning full custody of the baby in court, Evan was planning to take his baby and stay with Zoey and David. But the huge twist in this whole situation is that no one actually was in touch with Evan after that. Fans know that Jan kicked Evan into the water and kidnapped the baby and is currently hiding somewhere. Will the new job in New Zealand help Will Horton get updates about a heinous crime that took place a few months ago? Let’s discuss what might happen in the storyline.

Sending Will Horton to New Zealand might open the mystery box and help the victims get justice. Now the question is: How will all this happen? Fans know that Jan took the baby with her and Evan was pushed into the water and is now missing. Initially, he planned to take his baby with him to New Zealand and stay near Zoey and David, who is his other son!

However, Zoey never heard of her brother since then. Chances are there that Will might cross paths with Zoey in the new city. Since her brother was Sonny’s ex-lover, it is pretty obvious for them to strike up a conversation and catch up about their lives. This is where she might ask Will if his husband ever got any updates about Evan. Given how he is missing for months now, Will’s reporter insists might get triggered which may lead him to dig out more information about Evan.

Will could easily put some clues together and realize that Jan might be the one who kidnapped the baby boy, Maddox. Once he spreads the news, Shawn will want to help him out in finding the baby. Even though he was not his child, he was very much attached to him. The fact that a maniac like Jan Spears is taking care of him will piss him off completely. Stay tuned to see how things turn up for the unsolved mystery. Days Of Our Lives airs exclusively on the Peacock+ streaming app! For more updates and spoilers, visit our website, TV Season & Spoilers.