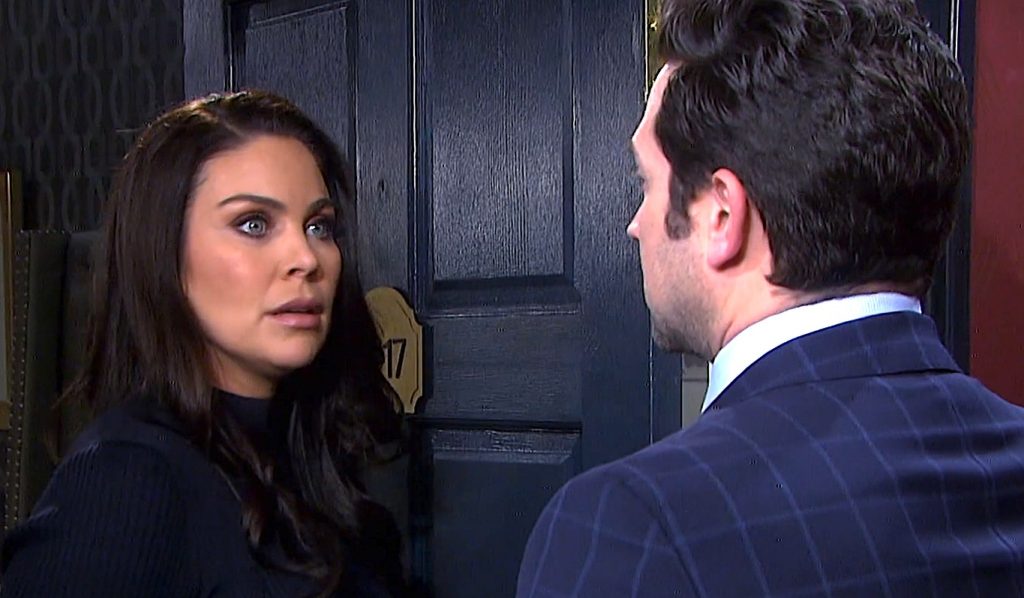 Days Of Our Lives Recap For Friday, September 30, 2022: Rex Returns To Salem, Chloe Gets A Birthday Surprise

Days of Our Lives recap for Friday, September 30, 2022, revealed the story of Rex and Chloe. First, we saw Rex return to Salem. When he saw her, he was worried about Kate’s condition and was reminded of a case he encountered in 1997. He tried to figure out the toxins that were used and realized they would need a rare hybrid of orchid to make the cure.

Kristen decided to chirp in because she could ask Dr. Rolf’s help. She had leverage against him after she lost the custody battle. Meanwhile, Stefan gave Chloe flowers and gifts for her birthday. Chloe was happy to know he remembered her birthday and thanked him for his efforts. Brady walked in on them and wondered if something was brewing between them. Was there though? Here is all about it.

Rex Has A Cure

In this Days of Our Lives episode, we saw Rex return to Salem and learn about Kate’s condition. He remembered a similar case in 1997 and believed he could find out what toxin was used to infect Kate, Kayla, and Marlena. This new information might help in the recovery of these former hostages.

Later, it is revealed that the cure would require a rare hybrid of orchids, and Rex decides to reach out to Dr. Rolf for help. However, Days of Our Lives spoilers suggest that Rex is going to hit a snag. The only person that can help them here is Kristen because she is the one who owns the farm with these orchids. DOOL viewers know that Kristen wouldn’t really help without getting something back. So, problems will rise there.

Meanwhile, Stephanie was panicking about Kayla’s condition. She was furious at Steve for not telling her earlier. Steve wanted to protect her, but Stephanie insisted she wanted to do everything to help her mother. Furthermore, she wanted Steve to treat her like an adult, not a child.

Further, in the episode, we saw Chloe thank Stefan for the flowers and gifts at her hotel suite. Moreover, she was grateful that he remembered her birthday. Stefan told her he wanted to make her day special. Brady walked in and felt unsettled when he saw Chloe with Stefan. Furthermore, Brady was concerned because he knew Kristen was behind Stefan’s obsession with Chloe.

Stefan felt he was making progress in his love story with Chloe. Brady was concerned and wondered if this was true. However, previously we saw Chloe tell Li that she was pretty excited about her new relationship with Brady, and thus, she had no plans to encourage Stefan’s attention. Days of Our Lives airs weekdays on NBC and Peacock. Stay tuned with TV Season & Spoilers for the latest news and updates.