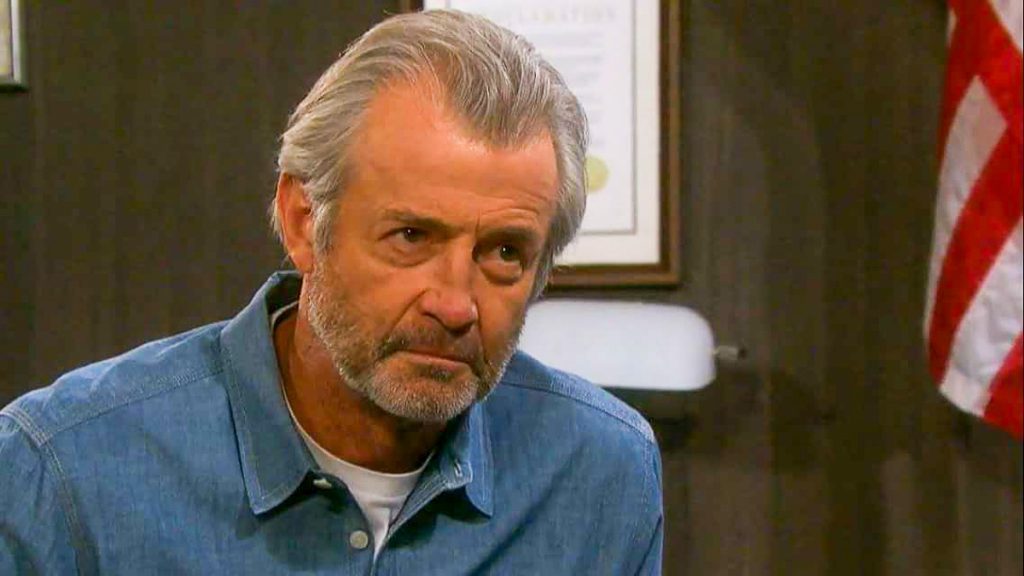 Days Of Our Lives Recap For Monday, September 26, 2022: Clyde Makes A Startling Confession

Days of Our Lives recap for Monday, September 26, 2022, revealed the story of Nancy, Clyde, and Chad. First, we saw Nancy prepare for her wedding at the city hall. However, Chad took EJ’s gun and dragged Clyde to the cemetery. At gunpoint, Clyde confessed to killing Abigail by mistake; he intended to kill Belle.

Chad was furious and wanted to know why he killed Abigail instead. EJ and Belle learned the truth and decided to look out for Chad and stop him. Rafe and Jada prepared a warrant and set out to find Clyde. Nancy had a breakdown, and Bonnie consoled her.

Nancy Gets Ready For Her Wedding

In this Days of Our Lives episode, we saw Justin diss Bonnie after she announced Clyde and Nancy’s upcoming wedding. Bonnie learned Sonny was stabbed, and Clyde could be responsible for that. Meanwhile, Nancy could not wait to marry Clyde at the town square, and they shared heart-warming moments.

Nancy met Bonnie, who agreed to make her a beautiful bride for the wedding. Later, Justin informed Sonny that it was Clyde who stabbed his son. Nancy refused to believe this and accused Sonny of being high because of the drugs at the hospital. In the meantime, Clyde ran into Belle and asked her about EJ DiMera.

Days Of Our Lives Recap: Clyde Confesses His Crime

Meanwhile, at the DiMera mansion, Chad arrived to get something that could help prove Clyde was Abigail’s murderer. EJ had questions and was concerned about Chad’s safety, but Chad stormed off and threatened to make Clyde pay for his crimes. He arrived at the city hall and dragged Clyde to the cemetery at gunpoint. Furthermore, Chad was furious and demanded to know why Clyde killed his wife. After some haggling, Clyde confessed he killed Abigail.

However, he revealed that he was there to kill Belle and not Abigail. He had heard EJ threatening to take him down, but Belle wanted to drag him down legally. Of course, Clyde would not have it and wanted to kill Belle and teach EJ a lesson. Chad wanted to know how Abigail became his victim when he was there for Belle. When Clyde tried to stall the matter, Chad threatened to kill him and bury him in that graveyard.

In this Days of Our Lives episode, Craig and Brady asked Chloe not to go ahead with her plans and let Nancy marry Clyde. Chloe was tempted to bail when they discovered Clyde and Nancy were not at the city hall. Meanwhile, Rafe and Jada prepared a warrant and set out to arrest Clyde. Nancy tried to hold it together but broke down when she learned Clyde had killed Abigail.

Later, Nancy met Bonnie, who consoled her. Belle arrived and mentioned her strange encounter with Clyde. EJ wanted to take care of the matter but noticed the gun from his safe was already gone. He realized Chad had the gun and was out for revenge. Belle wanted to call the cops, but EJ insisted they should try to stop Chad first. Eventually, they agreed to call Shawn for help. Days of Our Lives airs weekdays on NBC and Peacock. Stay tuned with TV Season & Spoilers for the latest news and spoilers.