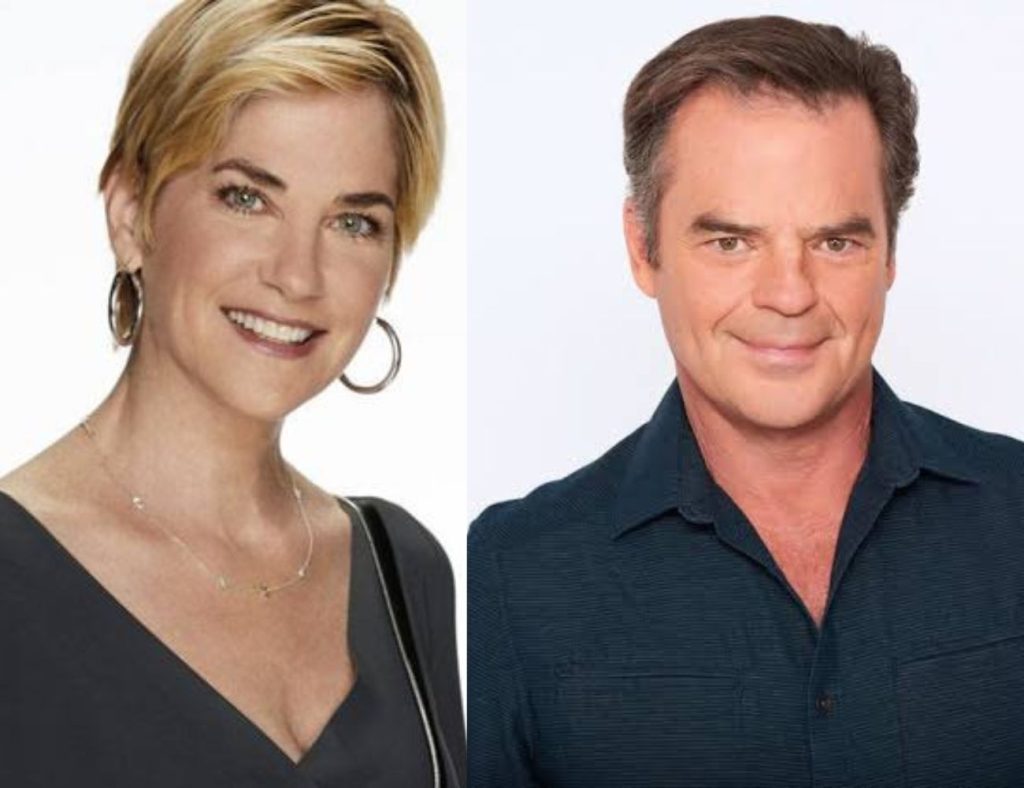 It’s the season of reunions and returns in the soap universe it seems! Joining the bandwagon now is Days of Our Lives! And this is one reunion no one saw coming! We mean it’s been a while since Eve appeared on our screens! The last time we saw Eve, she was spiraling downwards and completely out of control!

From kidnapping Ben and trying to brainwash him to murder his bride, Cara, Eve did it all! Alas, she did land in prison later! However, no one remains in prison forever in soaps! Do they? Surely the makers can find a way to bring Eve back now that Jack is lonely and grieving! With Jennifer in rehab, Eve’s road to jack on Days of Our Lives is clearer than ever!

However, that could be a reunion for another day perhaps! Today, we can rejoice the Days of Our Lives stars reunion of sorts on a different set! Stars Kassie DePaiva and Wally Kurth reunited on the set of a short film, titled, Common as Red Hair. In the film Kassie and Wally are playing husband and wife. Ah, it would be like seeing Eve and Justin in an alternate reality or a parallel universe, where their brief romance wasn’t so brief!

The Days of Our Lives alum, Kassie, posted a picture of herself and Wally on twitter from the sets of their film. It sure was a pleasure to be on set again with the kind, generous, and talented Wally Kurth.” She tweeted adding that it just felt right!

Many fans in the comments section echoed our sentiments about Eve and Justin. Claiming they would’ve made a wonderful couple. However, on Days of Our Lives, he is quite happy with Bonnie! But hey! These things change quite fast! Don’t they? Wouldn’t it be fun to watch Eve come back and stir the pot for both Justin and Jack! Well, we have our fingers crossed! Let’s stay tuned to the future episodes of Days of Our Lives on Peacock to see if that ever happens!