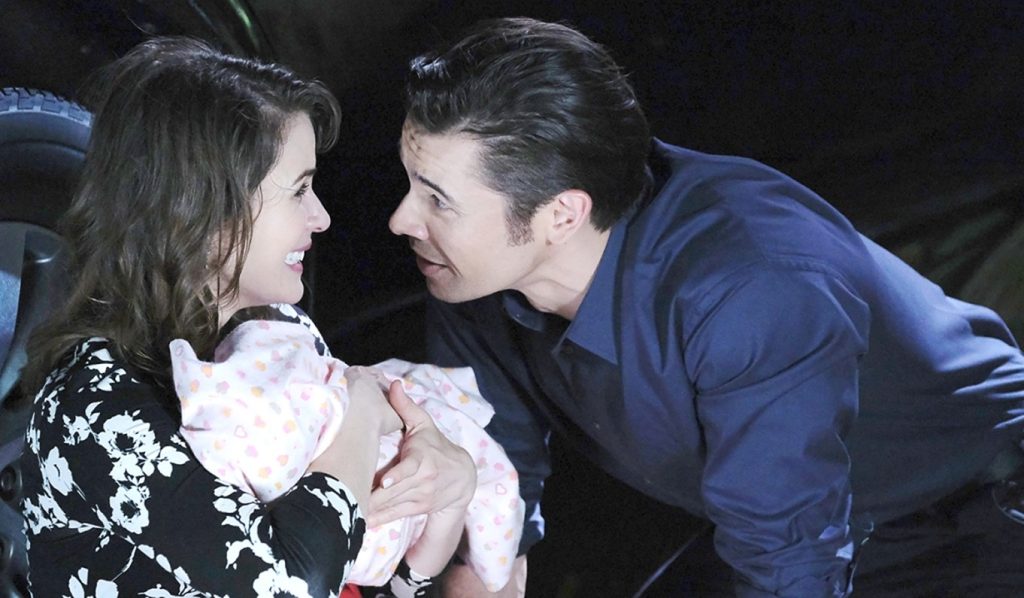 DOOL/Sarah (Lindsey Godfrey) and Xander (Paul Telfer) to get a pregnancy news?
Days of Our Lives Spoilers

Days of Our Lives: Sarah Gets Pregnant, New Redemption Storyline For Xander

Days of Our Lives spoilers tease that Xander’s secrets might spill soon, and Sarah might decide to give him a divorce. However, something might happen which could save Xander and Sarah’s marriage. Could that be potential pregnancy news? Will Sarah’s unborn become the reason for its parents’ reunion? Let’s discuss what might happen further in the storyline.

Xander Jumped On The Wrong Side

All this while, Sarah and Xander were struggling to get married since ever since things got better for them. After so many issues, the two of them got married. But after getting married, Xander realized that he wasn’t able to provide Sarah the comfort of living, which he should. So, he agreed to help Ava out with the kidnapping. Days of Our Lives showed how Xander was short on money, and the situation forced him to get back to his evil self.

However, Xander just thought that he had babysat Susan till Ava receives the money, but the situation took a turn for the worse. Fans know how Susan is presumed to be dead now, and Ava is still roaming in the town and plotting to take revenge on EJ. However, in all this, Sarah was the person who was completely kept in the dark. She knew that her husband is doing something but didn’t know what was actually going on. Xander later came up with a start-up lie which again stirred more suspicion in Sarah.

Days of Our Lives: Sarah Discovers The Secret

Now, chances are there that Sarah will discover Xander’s secret. In soap operas, a lie or secret can’t be kept hidden for days. Xander’s other attempt to hide the lie might blow up in his own face. For instance, if Justin comes to know that there is no company like Rednax, then Sarah will automatically confront Xander and push him to confess.

Fans know that Xander promised Sarah that he would never indulge himself in any crime again. Once Xander spills the beans, of course, Sarah will decide to leave him. She might start asking for a divorce and won’t want to live with a criminal. But will Xander want to give a divorce? Will this discovery ruin this couple’s marriage? Let’s discuss what happens next.

Could A Pregnancy Redeem Everything?

All this while, Days of Our Lives has shown a way through which they make the impossible possible. Starting from solving messy law suites to bringing back the dead, DOOL has everything to give a dramatic yet interesting twist to the story. How will it look like if the writers have another twist for Sarah and Xander? What if it’s a pregnancy update?

Looks like a pregnancy update might become the game-changer and give Xander another chance to keep the promise. Long-term fans might remember the time when Xander played the daddy role pretending to be Mickey’s father. He did suit for the role quite well and was also able to gel with the kid. What if a baby storyline comes out? Sarah and Xander are married for a few months now, it won’t be a surprise if Sarah finds out that she is carrying Xander’s child.

If there really is a baby twist, then that might serve as a base for Sarah and Xander’s reunion. Will pregnancy help Sarah to forgive Xander? Let’s see what happens over there with the couple. Stay tuned and watch Days Of Our Lives, it airs every weekdays on Peacock+ in the US and on W Network in Canada. For more updates and spoilers, visit our website, TV Season & Spoilers.