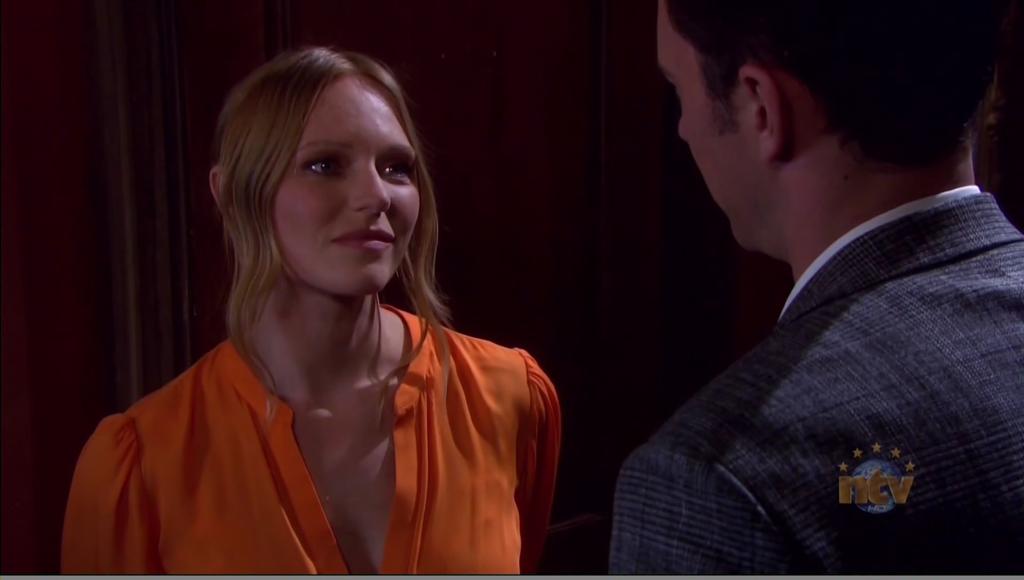 Days Of Our Lives Spoilers: Abigail And EJ Come Closer, Will Abigail Cheat On Chad?

Days of Our Lives viewers who have been keeping up with the soap opera know that the writers are kind of pushing EJ and Abigail together. Abigail is playing the character of Marlena in Johnny’s new movie. Initially, Chad was supposed to play the character, John, opposite her. However, things changed last moment.

EJ stepped in for that character, and now there is speculation that EJ and Abigail might come together. DOOL viewers would recall that there was a time when Abigail had an affair with a married man. This man was none other than EJ DiMera. So, would the old feelings surface?

While Days of Our Lives hasn’t confirmed anything of this sort, fans have been speculating what could happen around Abigail and EJ. Many fans feel that Abigail would never get close to EJ again. As per them, Abigail and Chad are made for each other. He is sweet, and the two of them have just reconnected. So, it is less likely that Abigail would give EJ a chance.

However, this isn’t it. There are some fans who feel that the Devil might have something to do with this closeness as well. DOOL viewers know that the Devil has taken over Marlena

, and she is wreaking havoc. So, we wouldn’t put it past the Devil to not mess up with people’s emotions and relationships. Could Devil really be the reason if EJ and Abigail came together?

Since many fans are divided on what will or what won’t happen, there is a small percentage of fans who believe that Abigail might be tempted to EJ. Days of Our Lives viewers would recall, Chad had cheated on Abigail with Gwen. While Abigail is trying to forget it, she isn’t yet over it. And Soaphub suggests that she might want to level things up. She might make Chad feel the way she felt and go ahead with sleeping with EJ. This will give Chad that feel.

But the question is, what would happen? The simplest answer to this is, we will have to wait to know. Right now, this EJ and Abigail coming together storyline is standing at crossroads. It can basically go anywhere it has to. So, we will have to wait to see what Days of Our Lives does with this. Tvseasonspoilers.com will keep you updated with all the news about the soap as it surfaces. So, stay tuned. In the meantime, what do you think will happen? Tell us in the comments below.