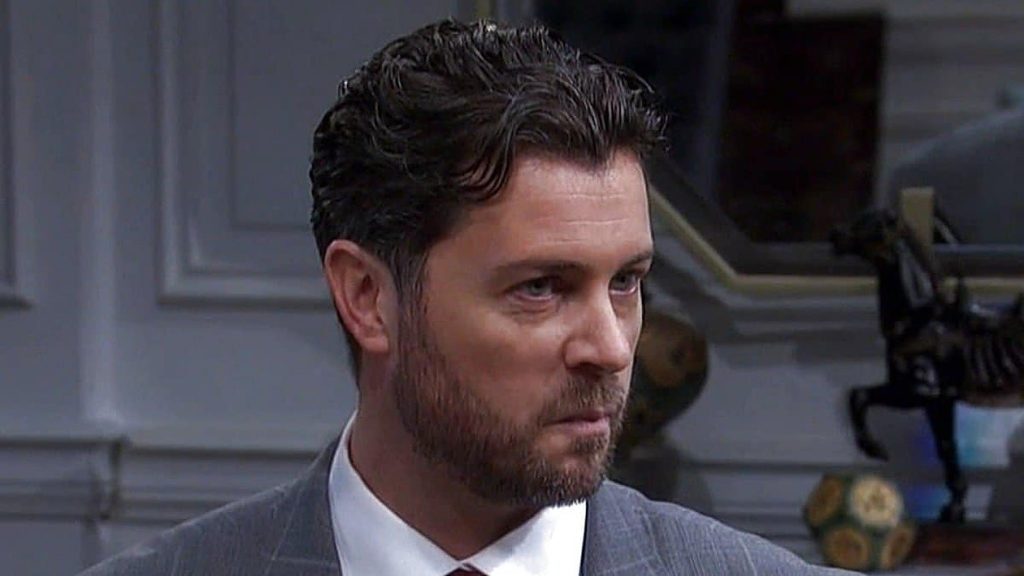 Days Of Our Lives Spoilers For August 30, 2022: Li’s Father Catches Him With Gabi, EJ Wins The DiMera Share

Days Of Our Lives spoilers for August 30, 2022, reveal that Li’s father will show up at the wrong time in the upcoming episodes. He will be disappointed with his son when he comes to know what he is up to. Afterward, Gabi will overhear Li and Rolf’s phone call. This will lead to new twists in the storyline. In the meantime, EJ will plot a new plan at the shareholder’s meeting. Over with Kristen, she will request Rolf to speed up the brainwashing process. Keep reading to know what happens in today’s episode.

On Tuesday, Li and Gabi will share some intimate moments. However, someone will come and interrupt it. It will turn out to be Li’s father, Mr. Wei Shin. He will be in Salem for the upcoming shareholders’ meeting. However, he will be disappointed with his son as Gabi is not the kind of woman he wants his son to be with.

Li knows that his father is unaware of the secret Stefan move which he is sponsoring. Later, Li will call Dr. Rolf to alert him of his father back in Salem. He will ask him to be more cautious and not let Stefan escape the lab again. In the meantime, Gabi will overhear this chat and will grow suspicious of Li’s behavior. The real question here is: Will Gabi confront Li, or will she play naive to get more updates on him? Whatever it is, it will spice up their storyline even more.

Days Of Our Lives Spoilers: EJ’s Move To End The Game

Next, Ava will visit Jake’s gravestone and will mourn his loss. While she does that, Johnny will learn about Ava’s hallucination. He will approach Ava to support her with comforting words. Of course, DOOL viewers know what Ava is seeing aren’t hallucinations. Instead, Ava will see Stefan

and will mistake him to be Jake. However, Ava will mull over her thoughts. She will wonder how realistic it was.

Meanwhile, EJ will also learn about her so-called hallucinations. It will be time for him to use it in his favor. At the shareholder’s meeting, EJ will declare Ava mentally unfit to vote. His plan is to get back to Gabi and grab the company’s entire power into his own hands.

Further on Days Of Our Lives, Brady will know that Kristen is brainwashing Rachel with her family reunion idea. He will clearly express his disagreement with the idea. Under no circumstances is he ready to leave Chloe.

However, Rachel will not like her dad’s stubbornness. Days of Our Lives spoilers suggest that later on in the soap opera, fans can expect Rachel to push Chloe away

from her father. The only person Brady can be with is Kristen and not Chloe. How will Chloe feel about Kristen’s move? Stay tuned to know it.

Speaking of Kristen, she will approach Dr. Rolf. She will push Rolf to speed up the brainwashing process so that when Stefan wakes up, he only remembers Chloe and not Gabi. Whatever it is, the upcoming episodes will surely be packed with more emotions and confrontations. Stay tuned and watch Days Of Our Lives, it airs every weekday on NBC. For more updates and spoilers, visit our website, TV Season & Spoilers.