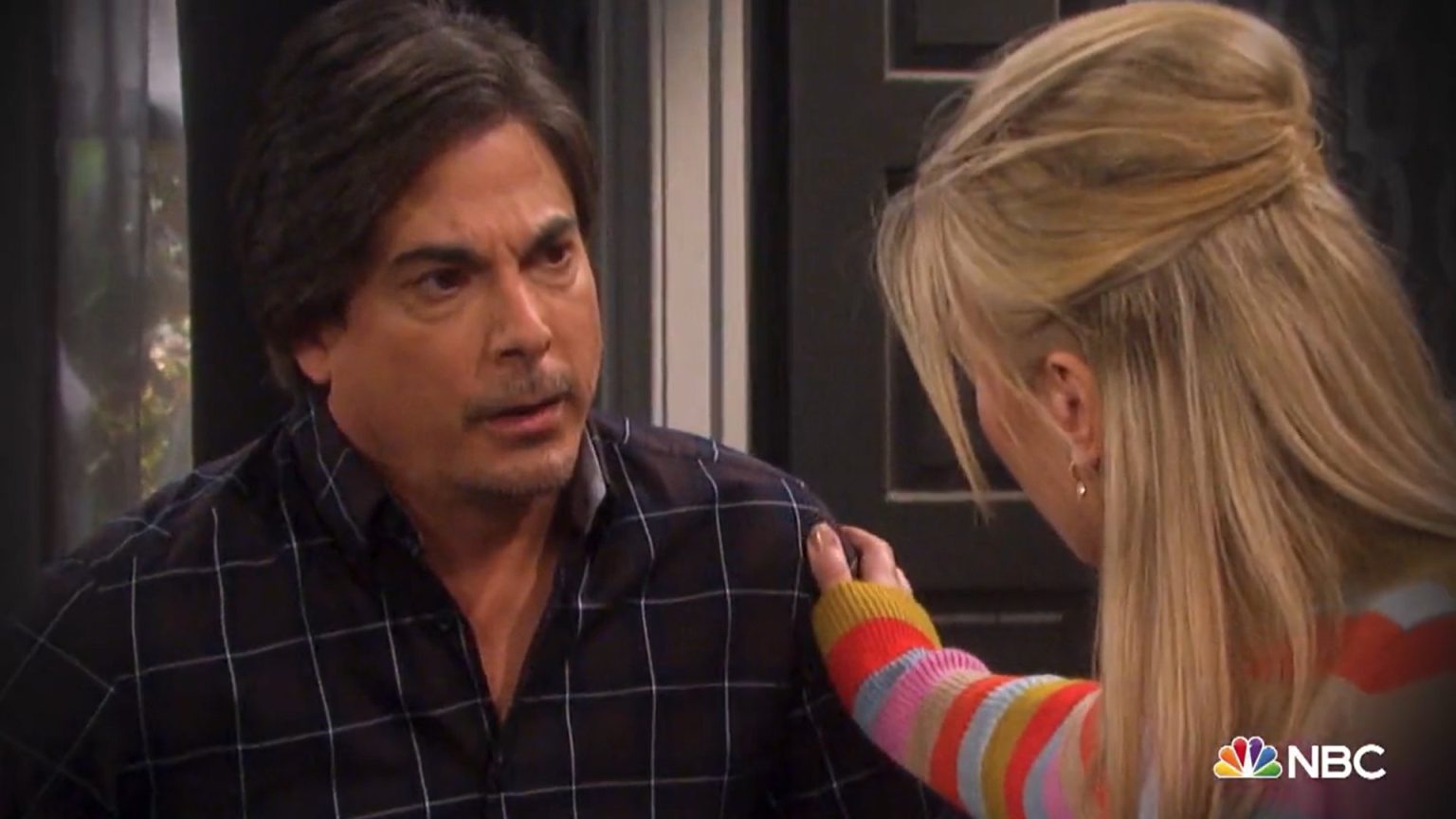 Days Of Our Lives Spoilers For Friday, June 24, 2022: Lucas Struggles With His Secrets, Shawn Pushes Brady And EJ Together

To begin with, Sami just arrived to discover Lucas thinking about where he might have hidden the stolen jewelry. Lucas will be concerned about what Sami just heard because he believes it’s probable he killed Abigail DiMera and has been wondering aloud.

The looted room and Lucas’ obvious misery will make Sami worry even if she claims she just arrived and didn’t hear anything. Days spoilers indicate that Lucas’s secrets, including the fact that he abducted Sami and blamed EJ for it, will affect him. The number of Lucas’ secrets is growing due to his recent binge drinking. This has also led to his lack of recollection of the night Abigail was killed.

While Lucas will be tempted to reveal everything, it appears that he will mostly concentrate on the marriage proposal he discussed with Roman Brady (Josh Taylor). Lucas is ready to propose to Sami now that he has Roman’s approval. The timing is terrible because Lucas is such a mess.

But perhaps he will believe that focusing on Sami would allow him to calm down and find a solution. Lucas will undoubtedly act like everything will be OK once they start making plans for their wedding. Despite Sami’s worries about his odd behavior. Sami will say yes to Lucas’ proposal and look forward to their upcoming wedding. But doubts will nag at Lucas.

Days Of Our Lives: Chloe And Brady Clash With Leo

Chloe Lane (Nadia Bjorlin), Brady Black (Eric Martsolf), and Leo Stark (Greg Rikaart) will now collide in the upcoming episode of Days of Our Lives. It looks like Leo will mention that he still intends to hold Brady and Chloe accountable for chasing away Kevin Spirtas (Craig Wesley). Not only that, DOOL spoilers say that Leo will also cause another face-off between EJ and Clyde.

EJ recently ran into Clyde Weston (James Read), who he suggested had been left holding the bag. Leo is undoubtedly counting on Clyde to dispose of the stolen jewelry from that bag but he won’t tell EJ that. Instead, this can result in another argument over Clyde and EJ’s nuanced past.

Victor And Bonnie Call A Truce

At the Kiriakis mansion, viewers should then discuss a different cease-fire. Days teasers indicate that Victor and Bonnie will finally come to some common ground even though Victor will never be cordial and friendly to Bonnie. Back with Clyde, he might end up in trouble when he gives Nancy stolen jewelry from Abigail’s collection as a gift. That choice might come back to haunt Clyde because it appears he will gift Nancy one of Abigail’s stolen jewelry items.

Days Of Our Lives: Shawn Pushes Belle And EJ Together

Meanwhile, Shawn will give Belle information about the newborn at the hospital. This will also include why Jan Spears (Heather Lindell) wanted to call him Shawn Christian Brady. Belle will also learn that Shawn made arrangements for Jan to spend some additional time outside of jail so she could be with her child.

This will result in bad news for Shawn’s marriage. He is currently en route to get Jan a special lunch. Shawn will end up pushing Belle directly in EJ’s direction because it will seem as though his entire universe revolves around Jan.

Belle will become engrossed in a passionate moment with EJ once she arrives at the DiMera mansion. Sami might enter and observe the tension for Friday’s Days cliffhanger. Thus awkwardness is about to ensue. Keep an eye on Days of Our Lives since spoilers indicate that the week will conclude excitingly! Days of Our Lives airs on NBC all weekdays. Don’t miss the action.