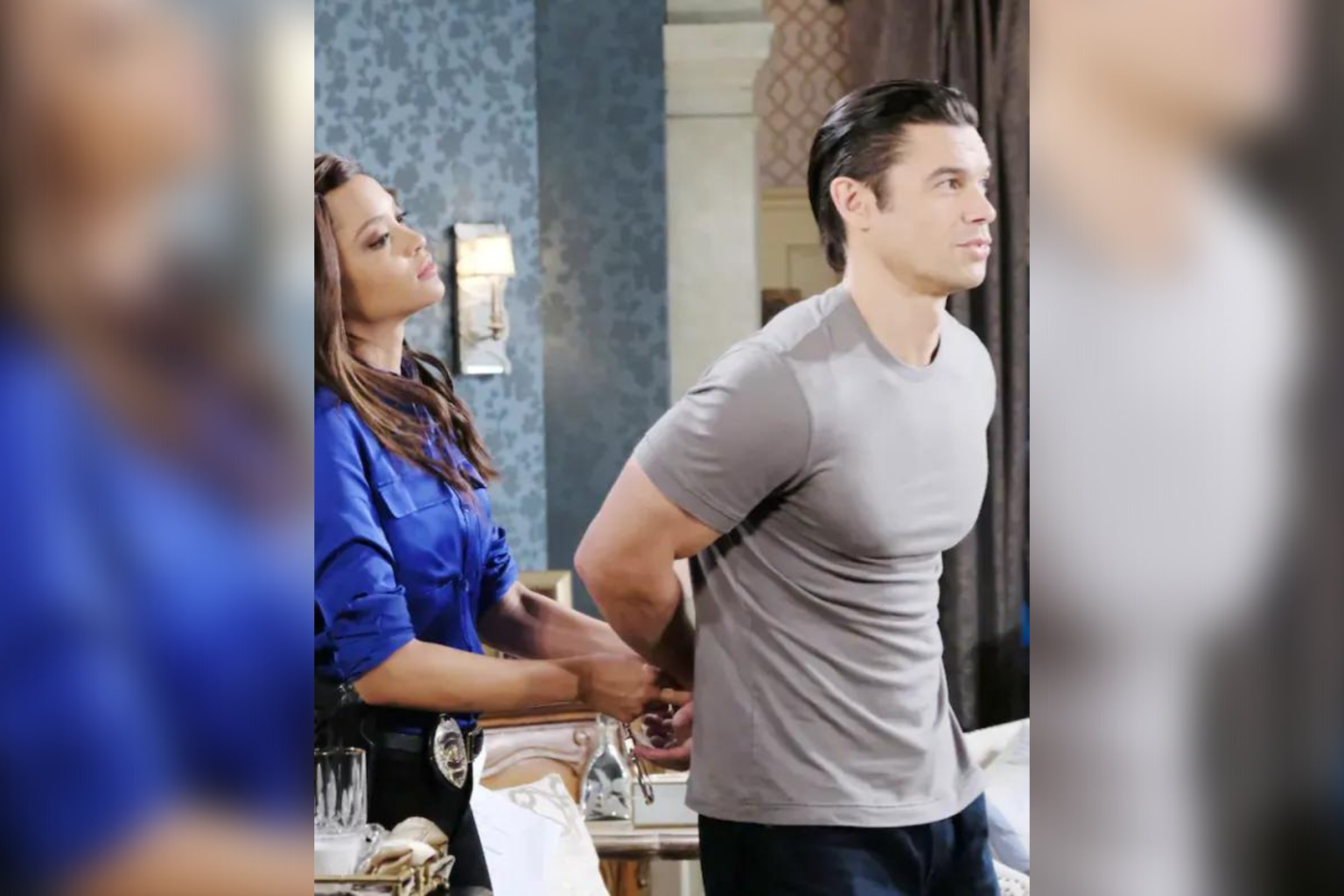 Days of Our Lives spoilers tease that Bonnie will finally join the dots and realize that Xander is her captor. Once they confront Xander and Bonnie punches him, Justin will want to put him in jail. Will Xander now end up in prison after getting exposed? Let’s see how the storyline might pan out with this scenario.

Bonnie Exposes Xander Was The Captor!

Previously we saw how Bonnie ended up as one of Xander’s hostages. Days of Our Lives spoilers tease that Bonnie, along with Justin, will now try to join the puzzle. There will be many clues that point out that Xander is the captor. The preview clips of DOOL also showed a clip where Bonnie punches Xander while Justin watches her do it.

Now the question might pop up as to how Xander got caught. Let’s look at the clues that Xander left behind. First, the place Xander chose was Kiriakis mansion’ summer shed. It is pretty obvious that Xander knew that people only come to that place during the summer season. Second, Xander left a message for Maggie through Bonnie’s phone. The fact that he used Mimi as part of his excuse for Maggie is the most important clue of all. Apart from all these, the disguise – clown, was also very flimsy. Also, the fact that a captor was wearing suits is also never heard of.

Once the puzzle is solved, Bonnie will point her finger at Xander and will feel confident that he is the one who kidnapped her. They will also confront him, and there is a clip where Bonnie is seen punching Xander. What will happen next? Let’s discuss how will Xander’s fate change overnight.

Days Of Our Lives Spoilers: Justin Wants To Put Xander In Prison

Once Xander is exposed, the tables will turn, and it will be Justin and Bonnie’s turn to decide what to do with him. Fans know that Rafe already came to investigate the whole issue. So, it won’t be a surprise if Justin wants to get revenge and put Xander in prison. Because of him, Susan lost her life, and Bonnie was held captive. If it wasn’t for Alex and Justin, no one knows what would have happened with Bonnie.

So, Justin will feel that it is the right thing to do at this moment. However, whether Xander goes to prison or not, his thoughts will be on Sarah and how she is going to react to this update. Whatever the case, Xander might again end up in jail. So, stay tuned for that and keep watching Days of Our Lives exclusively on the Peacock+ streaming app. For more updates and spoilers, visit our website, TV Season & Spoilers.