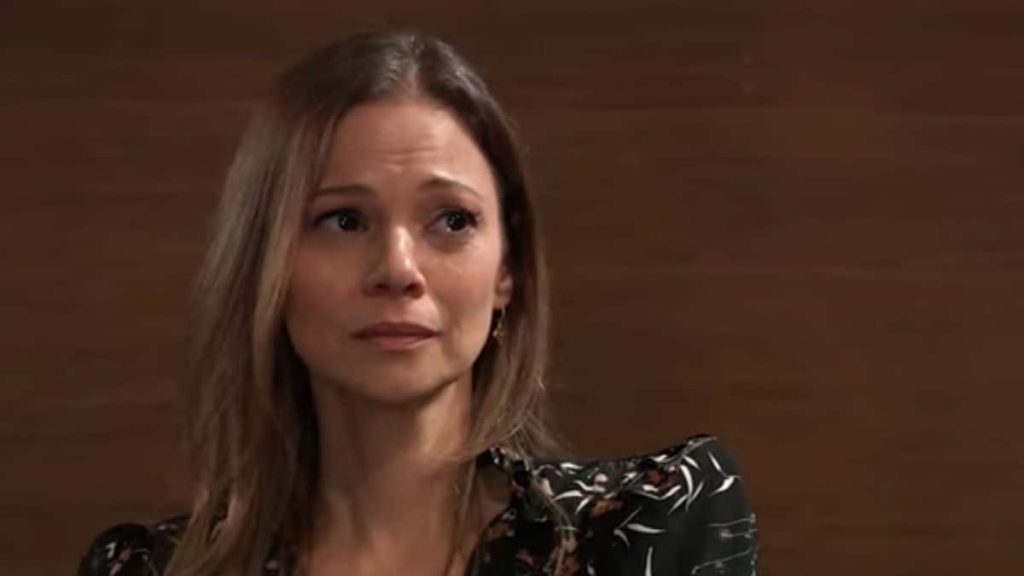 Days of Our Lives: Tamara Braun’s Exit CONFIRMED? Twitter Is On Fire!

Days of Our Lives has been noticing a few changes since its official move from NBC to Peacock. Recently, TV Season and Spoilers reported that DOOL is about to see three new faces crossing over from its spinoff, Beyond Salem. Now, news is doing rounds that an existing face is about to turn their back to Salem. Keep reading to find out who is about to walk out of Days Of Our Lives.

The latest on storyline on Days Of Our Lives has EJ exposing Ava’s (Tamara Braun) marriage with Jake as a sham. Moreover, EJ did so in front of Johnny. And he did not just stop there. In true DiMera villain fashion, EJ agreed to not involve the police if Ava agreed to turn her back to Johnny and leave Salem. Consequently, making Ava lose not just Jake’s share of DiMera wealth but also, Johnny.

The Days of Our Lives spoilers suggest that Ava leaving town ties neatly with the latest rumors of Tamara Braun exiting Days Of Our Lives. However, neither actress Tamara Braun nor anybody from the Days of Our Lives team has given any confirmation of this news. So it does make us question if there is a possibility of Ava’s departure from Salem being temporary. Assuming Tamara goes, would she return as Ava anytime soon?

Meanwhile, Twitter can’t keep calm with the rumors of Tamara Braun exiting as Ava from Days of Our Lives. Her emotional goodbye to Johnny certainly touched a chord with the viewers. We, too, felt our emotions flowing for the former mob queen.

Days Of Our Lives Repeating History?

Earlier, in 2016, Tamara had made an exit from the cast of Days of Our Lives when her character was smothered to death by Joey. However, Ava rose back from death later and returned to screen at full capacity. Borrowing a page from their own history, spoilers suggest Ava might not just be getting chased out of town but might also end up in a fatal car crash.

In a promo video of Days of Our Lives, two cars can be seen in a chase. While EJ features behind one wheel, Ava can be seen behind the other. The promo then cuts to a visual of a car crash and an explosion. However, which of the two vehicles is in the fumes is yet to be seen. If it is Ava, then we wonder if DOOL will come full circle and kill her off just to bring her back later. We mean, who really stays dead forever in soaps? Ava certainly did not the first time!

What do you think Days of Our Lives will bring our way in the future? Can Ava really be written off so easily? Will she return to seek revenge from EJ? There really was so much hope of a good storyline for Ava and Johnny. We would love to see Tamara Braun come back as Ava soon. Meanwhile, stay tuned to the latest episodes of Days of Our Lives exclusively streaming on Peacock.