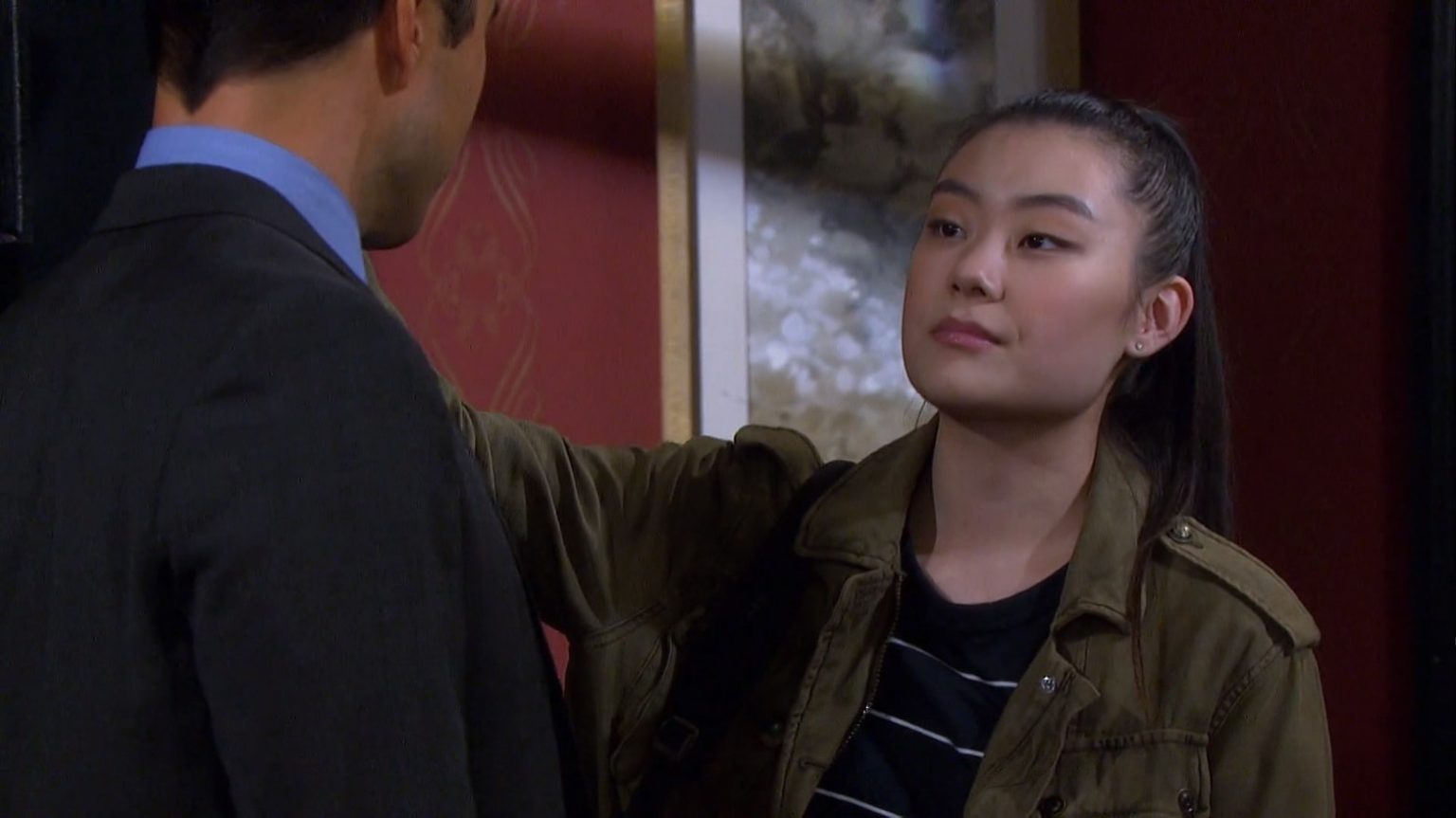 Days of Our Lives: Wendy Is Up to No Good, What Will She Do Next?

Days of Our Lives spoilers tease that Wendy will soon invite troubles for herself and also for her job. Since Johnny wasn’t able to look for a clue in EJ’s Computer, it will be Wendy’s turn now to search for them. For this, she will look into EJ’s computer. However, looks like EJ will bust Wendy while she is being all suspicious. What will Wendy do now? Is her job also in danger? Keep reading to know what might unfold in the DOOL soon.

Wendy Returns To Salem And Teams Up With Johnny

Wendy Shin, Li Shin’s sister, was fed up living in Fairbanks, so she fought to get promoted in DiMera’s headquarters in Salem. For that, EJ and Gabi also put in some good words with Li to bring his sister to work with them. Days Of Our Lives later showed how Wendy learned about Li and Gabi. The IT professional got immediately curious about why Gabi was interested in marrying Li. On the one hand, Stefan is back, although his memory is gone why would Gabi be interested in marrying Li when they haven’t even dated for that long?

However, when Wendy came across Johnny and discovered that they both shared the same goal, they decided to team up. As for Johnny, he wanted to take revenge on EJ, and Wendy wanted to know what Gabi is up to. Their goal’s center point was Stefan, and for that, they will also fly down to Jakarta while following Rolf.

Coming back to their plan, fans know that Johnny suspects EJ has something to do w ith Stefan’s brainwashing. So, he did try to sneak around and check EJ’s laptop for some clues. However, EJ landed at the right time and confronted Johnny. Even though he was able to escape the situation, EJ did get suspicious. Now, Days of Our Lives spoilers tease that it will now be Wendy’s turn to look for any clues in EJ’s laptop. What will happen now? Will EJ be able to catch Wendy just like how he caught his own son? Let’s see if Wendy is clever enough to find the clues.

During the week of October 31 – November 4, 2022, Wendy will try her luck in scoring any clue from EJ’s laptop. However, looks like Wendy won’t be that lucky

since EJ will catch her being all sneaky and suspicious. Of course, EJ will remember that a few days ago, Johnny also was roaming near his cabin. So, if EJ joins the dot, it will be really tough for Wendy.

It was very difficult for Wendy to get the promotion. But, given how EJ is a short-tempered person, it won’t be more than a second to wire her. EJ did put in a good word for Wendy, but that doesn’t mean he cannot fire her. However, Wendy won’t be that dumb to let EJ fire her that easily. Chances are there that Li might come to support his sister. So, it might become a team effort for this sibling to escape from EJ. Nevertheless, Wendy will continue to score for answers regarding Stefan’s brainwashing. Stay tuned and watch Days Of Our Lives, it airs on Peacock+ in the US and on the W Network in Canada. For more updates and spoilers, visit our website, TV Season & Spoilers.