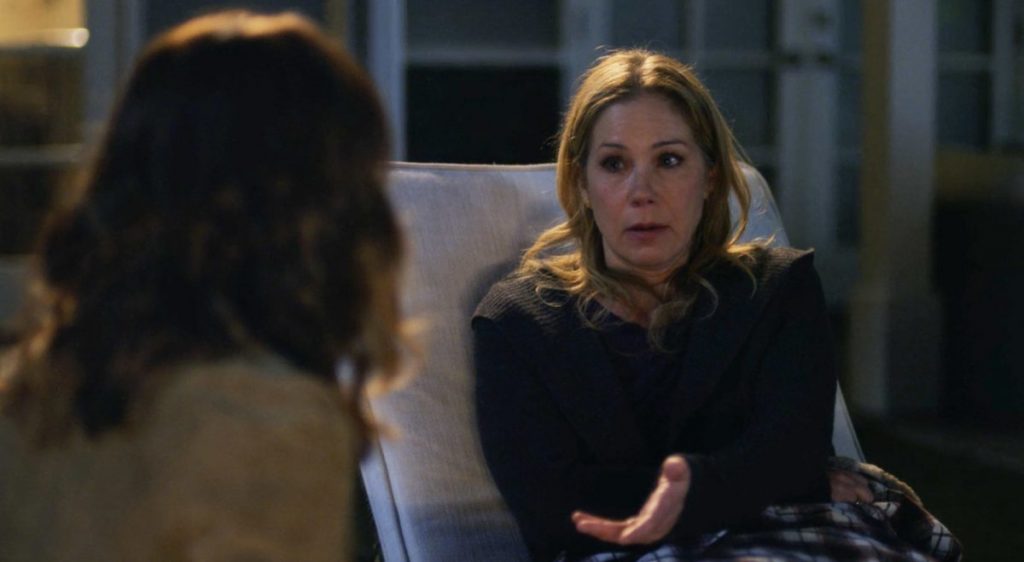 Dead To Me Season 3: Back In Works! Ben Is Steve In Real? Troubles For Judy In Next Season

Linda Cardellini and Christina Applegate, both nominated for Emmy Awards for their remarkable performance, are spotted filming Dead To Me Season 3. Once best friends turned into accomplices are seen having a sunbath on set. The prior season was full of surprises, especially for the pair who met with an accident in the finale. However, Judy and Jen might make it out fine. Although Jen appeared more injured to Judy yet things seemed alright. But on the other hand, Ben’s moral compass might affect his peace.

Created by Liz Feldman, Dead To Me follows a budding friendship between Judy and Jen. Jen is a recently widowed who tries to overcome the trauma through therapy. Meanwhile, Judy was the main reason behind’s Judy’s current situation. However, Judy lied that she’s taking therapy to overcome her recent breakup. With passing time, the two face several challenges while navigating their life while healing from the trauma.

Dead To Me Season 3: Has Production Begun Yet?

Filming for the third run started on May 7, 2021. However, the filming of the third season faced plenty of setbacks during the course of time. First, on August 10, 2021, Christina Applegate revealed that she’d been afflicted by Movement Disorders, so it would be relatively challenging for her to return on set. While fans were disdainful of her words, the COVID-19 pandemic escalated the fans’ disappointment. Thus, Netflix temporarily put a hold on Dead To Me Season 3 filming.

However, fans can relax now. Because as per the current source, filming has begun again at full speed. Just Jared recently unveiled the exclusive image of Linda Cardellini and Christina Applegate having a sunbath on the beach. The image itself teases that they made it out fine and now trying to chill. Although their expression didn’t look calm, yet it’s great to see them back. Further, we can see Christina’s baby bump, which will perhaps decide her character’s fate in the next run.

Dead To Me Season 3: Who Would Return?

While the finale ended on a bitter note, yet we can safely bet that all your favorite characters will return. Linda Cardellini as Judy Hale and Christina Applegate as Jen Harding will reprise their character. James Marsden as Ben Wood will also return along with them. However, it remains uncertain whether James will reprise Steve’s character in season 3. Max Jenkins as Christopher Doyle will join Sam McCarthy as Charlie Harding and Luke Roessler as Henry Harding. Also, the series has yet to announce the new cast of season 3.

Dead To Me Season 3: What Will Happen Next?

While Jen killed Steve in the first season finale, the cops believe that he is missing and not dead. Thus to cover up everything, Ben might pretend that he is Steve to help Jen get out of this menace. Well, the last season finale also suggested that Ben is having feelings for Jen. So he might go to any extent to help her.

However, a second theory suggests Jen accidentally killed Steve’s identical twin Ben, and now Steve is pretending to be Ben the whole time. As when the corpse discovered it’s having the same heart surgery scar as Ben. It perhaps spiral Jen’s world.

Charlie Will Lash Out On Judy

In the closing moment, Charlie finds the letters that Jen had written for Judy, revealing that Jen killed Steve. And the latter shows that Judy is actually behind Ted’s death. Now, after learning this piece of information, Charlie might lash out at Judy as well as Jen. Well, the last season hinted that Charlie is deeply affected by his father’s death. Thus he will probably inform the cops as he has ample evidence or might execute a revenge plan.

After breaking up with Judy, Michelle left home and moved to Ana Perez’s house. However, she would return in the third run, and her secret will bring chaos to Judy’s life. Well, Ana was suspicious about Judy so far, and Michelle visiting Ana’s house doesn’t seem like a coincidence. Perhaps Michelle is the undercover cop who entered Judy’s life to extract some concrete evidence.

Dead To Me Season 3: Release Date