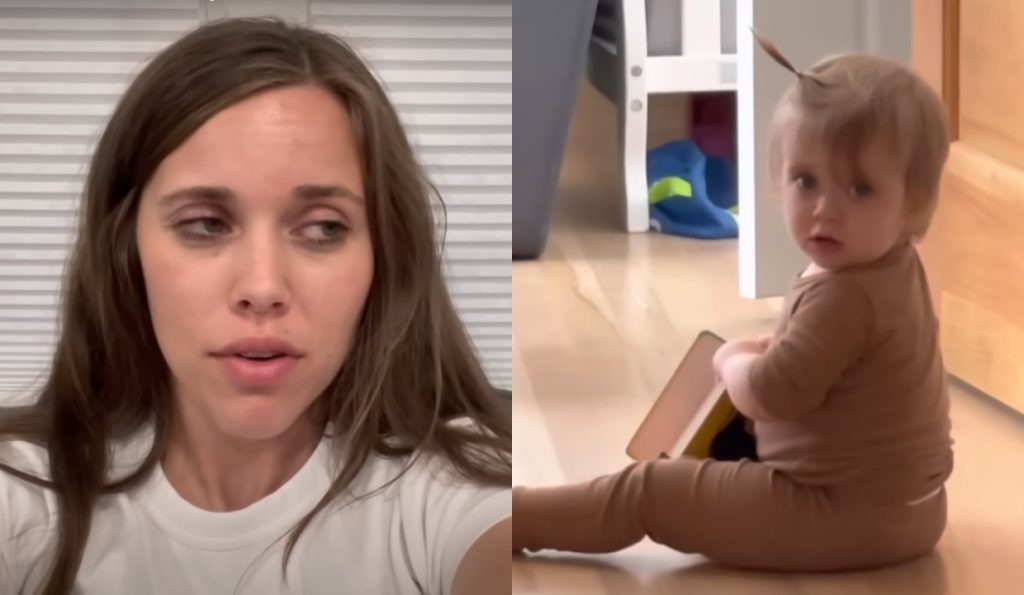 The Duggar family has had the worse fate in the last few years. Intially, they were on TLC for their shows 19 Kids and Counting and Counting. Alas, Josh Duggar’s horrifying crimes came into the limelight concerning child pornography, and TLC canceled their shows. Hence, most of the castmates remain very low-key and refrain from interacting with the public. Despite all the negative Duggar news, some still have a huge fan following, and this includes Jessa Duggar, now Seewald. She is now a mother of four kids and often posts highlights from her life on Instagram. Lately, she put up a post about yelling at her little girl, Fern. Keep reading to know more details about this.

Duggar News: Jessa Gets Angry At Her Little One, Fern!

Jessa Duggar has gotten all the love and support from the Count ing On fans. It happened after she identified as one of the victims of sexual abuse by her older brother Josh Duggar

who is currently in jail. But things are different now, as she married her husband, Benjamin Seewald, in 2014. The couple has four beautiful kids, Spurgeon, Henry, Ivy, and Fern. The proud mama often posts about her little ones on her social media handle, letting fans know of their adventures and shenanigans.

Lately, Jessa made another video with her daughter, Fern. She was yelling at her little one and asking her what she had done. Her youngest daughter goes towards their toilet to lift up the lid. In there was one of her stuffed toys, pink in color. The Counting On star told her girl that she saw what she did and mentioned how the little troublemaker was about to put in another one of her dolls in the same spot. Many Duggar News followers took to the comments section to recall their own incidents about their kids clogging the toilet and had a laugh over the entire matter.

Duggar News: Jessa Faces The Heat For Using Her Daughter To Promote A Product!

While the Duggar News followers were relating to Jessa and had a laugh over her daughter, Fern creating some trouble around the house, things were different from before. That’s because the famous sister was under the heat for one of her posts on Instagram. As she has a vast fan following on social media, she is used to promoting products on the platform. Hence, she decided it would be fun to include her daughter, Ivy while endorsing a product. She went as far as using pictures of her little girl before and after showing the difference in the little one after using a skincare product.

So, viewers took to the Internet to discuss this matter. Many stated that it was quite “cringy” of Jessa to be doing so. One was uncomfortable as the mother had pictures of her young one with red spots on her face. Others stated that they found it insincere that Jesse forced Fern to say how much she liked the product. It was because they knew the child was too young to review a product and blatantly said what her mother told her. Jessa didn’t react to this backlash. Keep an eye on TV Season & Spoilers