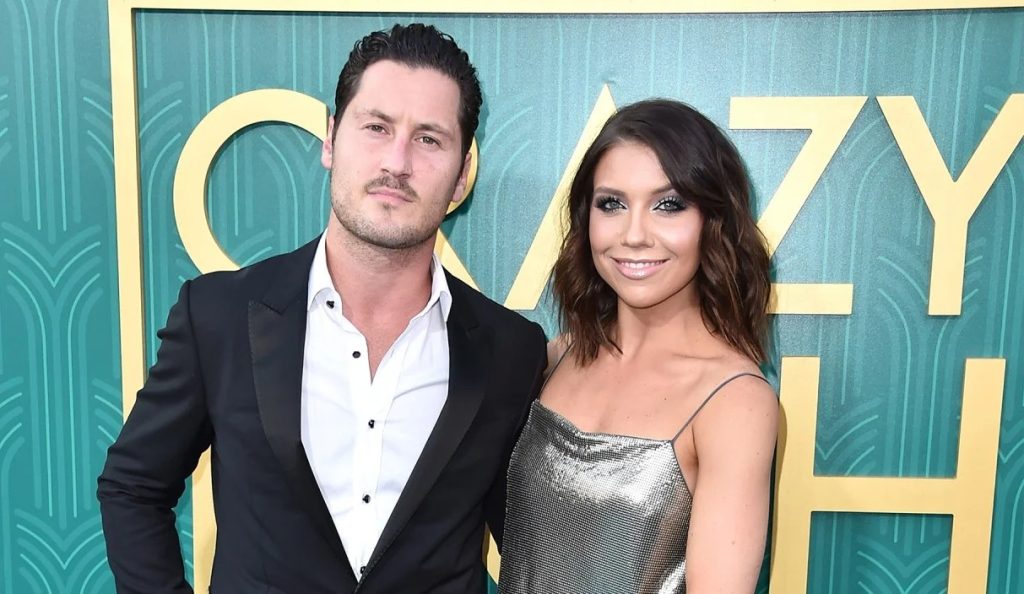 DWTS is one of the most loved shows on the network. Apparently, it is a dance competition that pairs well know stars with professional dancers. Hence, the same happened with Jenna and Val as they were paired up together. Indeed, while dancing on the floor and winning hearts, the duo didn’t realize when they fell for each other. Even after having many ups and downs in their life, they decided to walk down the aisle and tie their nuptial knot. Intially, the viewers thought that maybe Jenna and Val wouldn’t last, but it seems that since 2014 they have been together. Not only this, but the Dancing With The Stars couple recently welcomed their first child. We have all the information you might wish to know, so keep on reading.

The DWTS stars Jenna and Val are one of the most loved couples. Apparently, they met on the show and dated for a while. Intially, they had some issues in their relationship and decided to part ways. However, they soon realized this and got back together. They started dating again and exchanged rings in Venice, Italy, in 2018. Then in 2019, they decided to walk down the aisle at the Terranea Resort in Rancho Palos Verdes, California. Well, after dealing with infertility for about two years, they announced their pregnancy in July 2022. Since then, fans have been eagerly waiting to watch the couple’s child.

Recently, the couple took to Instagram and shared the news with their fans. Apparently, Jenna and Val posted a wholesome picture that featured the hands of the new parents with their child’s hand. The celeb further added to the caption that their world had changed forever. Indeed, the viewers have developed a bond with DWTS stars as Jenna has been sharing regular updates about her pregnancy. Hence, the audience was a part of her entire journey. Indeed, fans were really happy for the stars and congratulated them in the comment section.

A user commented and congratulated the new parents on their new phase of life. Another one chimed in and wished to see the face of the child soon. In addition to that, the third one wrote and claimed that the duo would definitely make great parents who would raise their children well. Indeed, it was a huge moment for the DWTS celebs as becoming parents that too for the first time is undoubtedly a life-changing moment. Not only this, but Val took to other social media platforms as well to share the news with their fans.

Jenna and Val have been among the core members of the popular show, Dancing With The Stars. Indeed, the DWTS duo has formed many bonds over the years and won many hearts. Hence, when the couple shared this news, the entire cast came down to the comment section to congratulate the parents. Not only this, but they also received wishes from the stars who themselves are pregnant these days. Lindsay Arnold, Daniella Karagach, and Witney Carson were among them. Not only this, but celebs like Cheryl Burke, Sharna Burgess, and Sasha Farber also sent their warm wishes.

Apparently, the new member is born into a DWTS-exclusive family as both his parents were a part of the show and fell in love on the dancing floor. Not only this but the child’s aunt Peta Murgatroyd, Maksim’s wife currently, was also a dancer and a part of the show in the past. Fans know that Maksim has also contributed to the show, and there’s a fair chance he could return to it anything. Hence, it is clear that the newborn has dance moves in his blood and genes. Keep coming back to TV Season & Spoilers for all the latest DWTS tea.