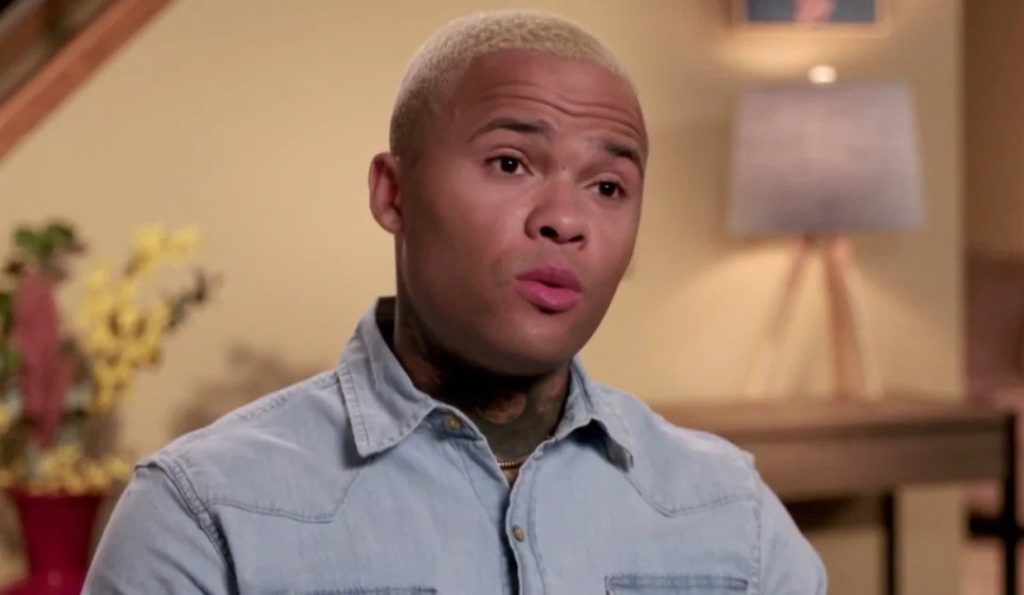 Jibri and Miona Bell became a big part of 90 Day Fiance during their debut. Their distinct storyline made an impact on the audience. While the former was a part of a music band trying to make it big, his future wife wanted big-city life. Hence, they were caught in the process of saving up for a better life and a lavish wedding. However, the Bells had to struggle a lot to make it happen. Surprisingly, some latest details reveal that Jibri had incorporated an LLC but had his license suspended! Keep reading to know more details.

Jibri Bell made his debut on 90 Day Fiance as an aspiring musician from South Dakota. He caught the fancy of Miona from Serbia, and they fell in love. Hence, 90 Day Fiance captured their journey as they got closer to saying “I do”. Amidst this, the show’s main focus was always on Jibri’s career as a musician. But TVSS had discovered that Jibri had incorporated an LLC by the name of Voltage. As per, OpenCorporates, he was an agent in this real estate company that was incorporated in August 2021. However, he no longer owns a ‘real estate leasing agent license’ anymore. This is because the license was surrendered by the officials.

As per more details on illinois.gov, Jibri had lied regarding his educational background. He had to “surrender” his license because he failed to complete his ongoing education. TV Season & Spoilers found out that the 90 Day Fiance star had falsely stated that he had already completed his education on the renewal application. Hence, it looks like Bell most likely forged his documents during the time of renewing his applications regarding his license. Well, some fan sightings suggests that Season 9 of 90 Day Fiance was in production from July 2021 to March 2022. As mentioned above, Jibri became part of the LLC in August 2022. Hence, it is quite odd that he never mentioned anything about the same during the show.

On the other hand, it is possible that Jibri’s license was surrendered a while before, as the documents by illinois.gov don’t mention a particular date. And this license might not have anything to do with the new company Bell incorporated in 2021. As of now, it’s hard to say what actually took place.

90 Day Fiance: Will Jibri & Miona Star In Happily Ever After Next?

Jibri and Miona are one of the distinct couples to have starred in 90 Day Fiance. Their storyline was unique, and they had to struggle a lot to make their wedding happen. With this, the former’s parents also disapproved of Miona’s dressing. Yet, they made it work and remain married even today. A Redditor took to the platform to reveal something quite exciting. They feel the couple will return to star in the show with a new spin-off. It could most likely be Happily Ever After as they tied the knot.

That’s because the person who made the post took notice of a camera crew following Jibri and Miona as they dined at a pizza parlor. Hence, it is quite likely that they will become the next couple to star in the Happily Ever After franchise. Apart from them, another couple, Shaeeda and Bilal, have already made this leap and are starring in the current season. Chances are that Miona and Jibri will do so in the next season of the same. For all exciting 90 Day Fiance news updates, kindly keep checking TV Season & Spoilers